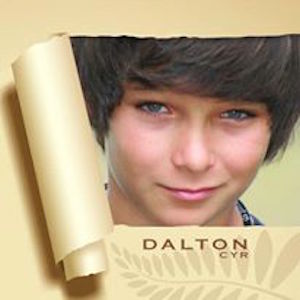 We've talked with Dalton Cyr on an earlier show and have him with us again in the studio today.

Charity is very important to Dalton.  Not only is he deeply involved with Dream Factory, but he big supporter of anti-bullying.

On October 28, 2013 Melissa Ross, host for First Coast Connect on NPR radio, sat down a talked to Dalton about his new role with The Dream Factory and performed live in the studio.

Dalton has announced that he'll be headlining an anti-bully tour in June in Massachusetts and Rhode Island, June 9-22.  He will have a song featured on an international charity album where all proceeds will go to an anti-bully cause. The album is due out this summer in July.