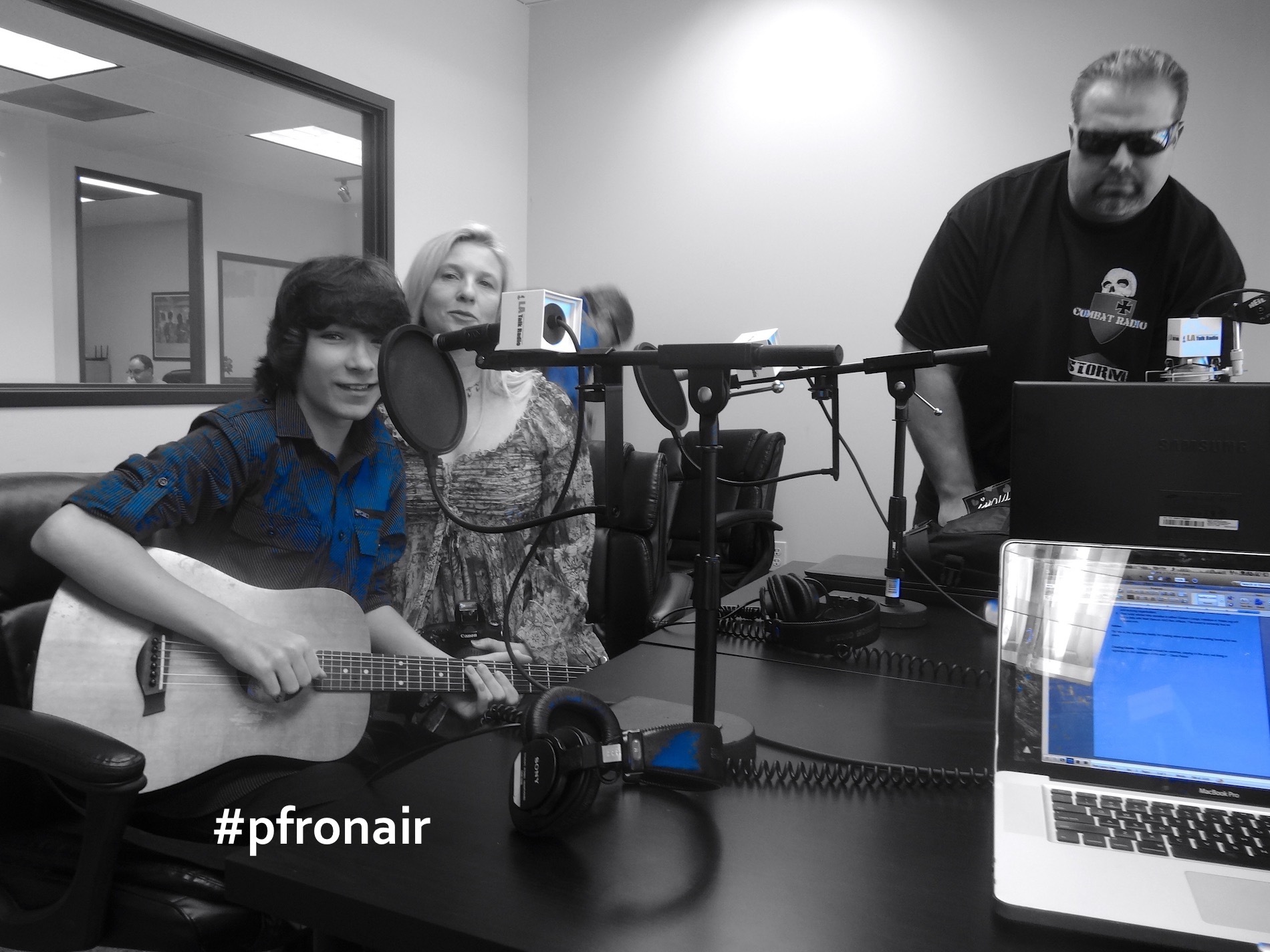 At age 13, our recent Hero of the Week Dalton Cyr is already an established recording artist with one full-length album and multiple singles under his belt. His music has raised money and awareness for military families and inspired other young people to work hard to make their own dreams come true. The Dream Factory, an organization that grants dreams to critically and chronically ill children, recently recognized Dalton's efforts by naming him a National Ambassador. He's working hard on his second album now and gearing up to participate in an anti-bullying album and tour this summer.

On today's episode, Dalton and his family join Adrian Paul and Ethan Dettenmaier in the Peace Fund Radio studio on the eve of his Sunset Sessions performance to sing and play us into the show and to share why he wields so much of his time and his talent to motivate his friends, fans, and peers to believe in themselves and to make realities of their own aspirations.