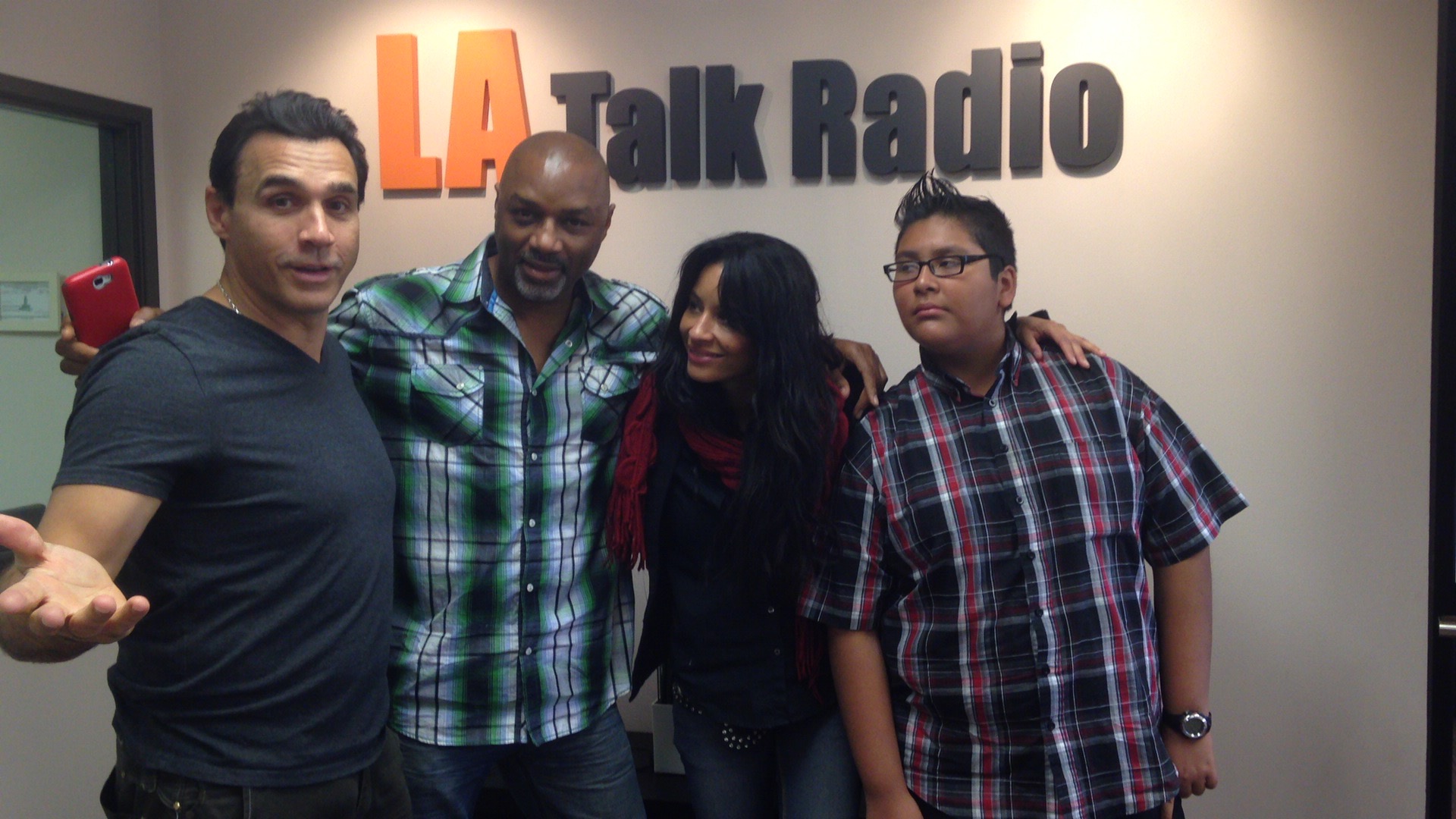 Adrian Paul and Ethan Dettenmaier ring in 2014 as only Peace Fund Radio can with help from some very special guests!

Kimberly Moore from the Kimberly Moore Foundation and actor Rodney Van Johnson (RAISING WHITLEY), whom Adrian joined last week to make Adopt a Letter dreams come true in time for Christmas, bring us up to speed on their continuing efforts and bring along 14-year-old Jose Sanchez, a former Adopt a Letter recipient who became an Ambassador for the program and accompanied Kimberly, Rodney, and Adrian on last week's delivery.

Then we call Dalton Cyr (Twitter, Facebook, YouTube), a 13-year-old recording artist from Jacksonville Beach, Florida, who not only writes, sings, and plays his own music but also dedicates much of his time, his talent, and his energy to helping and inspiring children in need. Recognized as a rising talent by some of the top producers, songwriters, and talent scouts in the music industry, Dalton wows us with an impromptu performance of his hit song "Upside Down" (per Rodney's request) and tells us about the amazing ways he's working hard to make a difference for other young people via his partnership with The Dream Factory and numerous other charitable endeavors. You can download a free song and keep up with Dalton's impressive schedule at his official website.