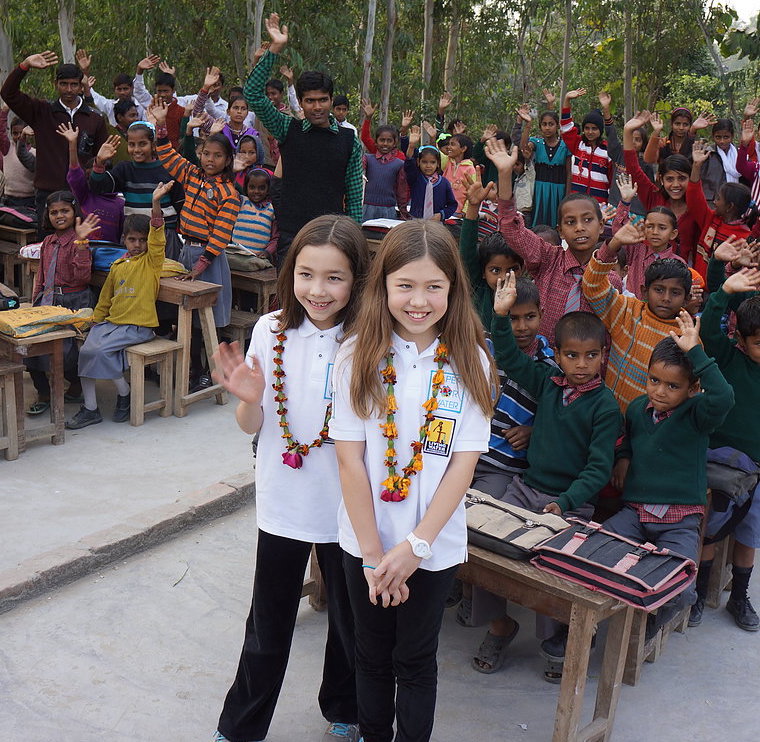 Paper For Water was started by Katherine and Isabelle Adams who at that time were 5 and 8.

She and her younger sister were inspired after learning that a child dies every 20 seconds for lack of clean drinking water. Determined to help change that statistic and with the December holidays drawing near, the girls decided to make and sell origami ornaments, a craft they’d learned from their father, who is half-Japanese.

Their goal was to raise $500 to partially fund a well in Ethiopia by giving hand crafted origami Christmas ornaments at Starbucks in exchange for donations.  They took their first donation on November 3rd, 2011 and the first night they sold out.  By December 31st, 2011 they had raised over $10,000 to more than fund a whole well in Ethiopia.  As of March 1st, 2016 these two girls who are now 10 and 12 with the help of hundreds of volunteers have raised almost $800,000 to fund over 100 wells in Ethiopia, Ghana, Kenya, Liberia,  India, Mexico, Nicaragua, Nigeria, Peru, Uganda,Zimbabwe and on the Navajo Reservation in Smith Lake, New Mexico.

The girls work on their origami creations daily, often sitting at the kitchen counter well past their bedtime, and sell them at art shows, lemonade stands, and local gift shops. The sisters initially hoped to raise $9,200 to fund a well in Ethiopia. They met that mark within six weeks and set their next goal at $50,000 – enough for ten wells in India. They easily met that goal, as well, enlisting classmates, neighbors, and church members to help them fold 37,000 pieces of paper. To date, Paper for Water has funded over 30 wells through Living Water International and is working to raise $250,000 by the end of 2013.

Katharine and Isabelle Adams has appeared in the following PEACE Fund Radio episodes: