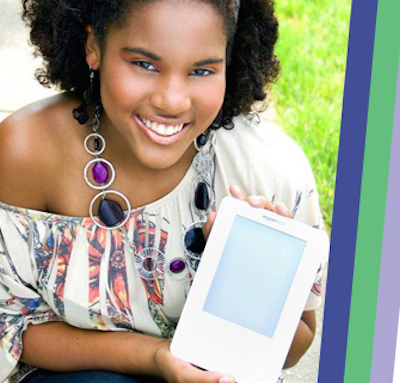 Adele's Literacy Library in 2008 at the age of only 13. In addition to the thousands upon thousands of books she has collected and distributed to children assisted by various non-profits, schools, day-cares, and businesses, Adele also helped to build the Greystone Learning Center in Loita, Kenya, with 4,000 books loaded into solar-powered kiosks. She joins us today to talk about how her organization is making a global impact on literacy.

Since the establishment of Adele's Literacy Library in 2008, A.L.L. has been able to reach thousands of people while growing readers one book at a time. Because of Adele's philanthropic efforts she has received numerous recognition BET M.A.D Black Girl, Nickelodeon HALO Award, Global Teen Leader for three dot dash amongst others. Adele is able to continue her philanthropic efforts as a Bonner Scholar at Spelman College majoring in International Studies. She is also heavily involved as a Spelman College Model United Nations Team Member. Adele plans on becoming a corporate attorney with a vision to open her own practice one day.