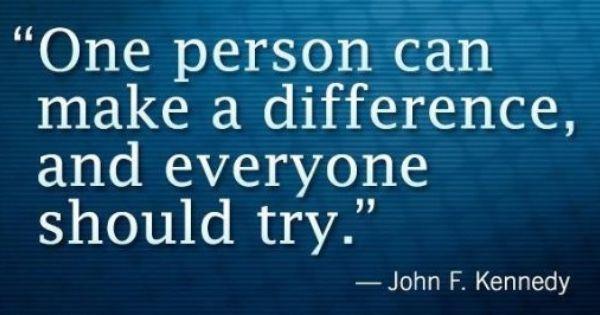 Today we are going to take a look at past shows that have highlighted the role charities play in day to day life both here and around the world.  As we all know, not all charities have the best interests of the communities they claim to serve at heart.  It’s up to all of us to do our own research prior to giving.

Let’s listen to highlights from a couple shows where we talk about charities...both the good and some of the worst out there.  We’re also going bring you interviews from some of our young Heroes of the Week who inspired us.

In this episode we talk about the extraordinary generosity of ordinary Americans. Adrian Paul, Ethan Dettenmaier, and The Peace Fund's Carmel Macpherson talk about how to choose the best charities for your favorite causes... and how to protect yourself from the scammers who leech off of America's $373.25 billion in annual charitable giving.

Annaleise Carr was our very first Peace Fund Hero of the Week.   We interviewed her on January 2, 2013 and she had just been named 2012 Woman of the Year by the World Open Water Swimming Association for becoming the youngest person ever to swim across Lake Ontario. After setting an initial goal of $30,000, Annaleise has raised more than a quarter of a million dollars for Camp Trillium in Hamilton, Ontario. She joined us again on March 5, 2014 to talk about her upcoming swim and her inspiring philosophy of how each of our actions is like a ripple of water that can touch others in ways we never dreamed.

Camp Trillium has been close to her heart since she visited their camp at Rainbow Lake in the summer of 2011, as part of the North Shore Swimmers, completing a 10 km open water swim and 10 km run through Norfolk County. They raised around $15,000 for Camp Trillium, and her visit there was forever etched in Annaleise's memory.  Camp Trillium (officially The Trillium Childhood Cancer Support Centre) offers year-round recreational experiences to bring children with cancer and their families together. They work to provide an environment that normalizes relationships and experiences, helping them in the healing process and enhancing their quality of life.

At the top of our final episode of 2013, Peace Fund Founder Adrian Paul and co-host/producer Ethan Dettenmaier shelled out some well-deserved shame to the charities on CNN's list of America's 50 worst which give only 4% or less of funds raised to the causes they claim to support. Even as they plead for financial support, operators at many of the 50 worst charities have lied to donors about where their money goes, taken multiple salaries, secretly paid themselves consulting fees or arranged fund-raising contracts with friends. Some nonprofits are little more than fronts for fund-raising companies, which bankroll their startup costs, lock them into exclusive contracts at exorbitant rates and even drive the charities into debt.  Collectively the 50 worst charities raised more than $1.3 billion over the past decade and paid nearly $1 billion of that directly to the companies that raise their donations. If that money had gone to charity, it would have been enough to build 20,000 Habitat for Humanity homes, buy 7 million wheelchairs or pay for mammograms for nearly 10 million uninsured women.

But there are a lot of good charities out there that are making a real difference in their communities and this episode highlights ways that we can all help. America's worst charities look nothing like Habitat for Humanity, Boys and Girls Clubs or thousands of other charities, large and small, that are dedicated to helping the sick and needy. Well-run charities rely on their own staff to raise money from a variety of sources. They spend most of their donations on easy-to-verify activities, whether it's running soup kitchens, supporting cancer research, raising awareness about drunken driving or building homes for veterans.

Of the 20 million orphans in sub-Saharan Africa, 15 percent commit suicide by age 18 to escape a future where 60 percent of the girls become prostitutes and 70 percent of the boys become hardened criminals to survive. Troubled by these numbers, 17-year-old Sebouh Bazikian from Glendale, California, traveled last year to the Machao Orphanage in Makueni, Kenya. After walking two hours through garbage, glass, and burning trash with the barefoot orphans to their school, Sebouh used grants and fundraisers to buy 43 bicycles that trimmed the kids' commute down to 15 minutes. And this was the beginning of Bikes 4 Orphans.  The mission of this nonprofit is to provide bicycles to orphans worldwide so they can have easier, safer and faster access to school. Bicycles open doorways of opportunity and give them a chance for a brighter future. They believe teenagers can make a difference in this world and this is their way of combining our passion for cycling with charity.

We celebrate International Day of Charity with the resources you need to guarantee that your donated dollars are going to charities that support your favorite causes with honesty and efficiency!

Few people realize how large charities have become, how many vital services they provide, and how much funding flows through them each year. Without charities and non-profits, America would simply not be able to operate.

In 2015, Americans donated an estimated $373.25 billion to charities. A generous country we are, but how much of those funds actually went to the advertised causes? You might not want to know. There are good charities and there are bad charities—and there are the worst charities.  On today’s show we talk about how one family turned your goodwill into their livelihood.

Let's listen to a segment from our show of September 7 where Adrian talks about some of the worst charities out there.

Every 21 seconds, a water-related illness kills a child. In fact, 90% of the 30,000 deaths caused by bad water are children under the age of 5. And even though 71 percent of our planet is ocean, more than 780 million of us lack access to clean, usable water.

Katherine and Isabelle Adams began their charitable careers carving wooden animals to raise money for the young burn victims at Camp I-Thonka-Chi. After their father, Ken, taught them the Japanese paper-folding art of origami, they went looking for a new cause to take advantage of their burgeoning skills and found one in the form of Living Water International.

The girls founded Paper for Water in 2011. The funds they raise build wells in India and other nations, where communities spring up and bloom around those wells.  In the last four years, Paper for Water has raised over $1,000,000 and funded over 130 water projects in 13 countries (A Navajo Reservation in New Mexico, Mexico, Peru, Zimbabwe, Liberia, India, Uganda, Kenya, Ghana, Nicaragua, Nigeria, Nepal, and Ethiopia). It feels really good to know that you can make a difference in someone's life.

11-year-old Isabelle and 9-year-old Katherine Adams join the conversation from the conference room of their Texas school to explain how they harnessed the power of origami to build 70 wells and raise $650,000 for clean water initiatives in nine countries and counting.

Closing the show, we'd like to give a huge shout-out to the UNICEF Kid Power program.

It’s no secret that kids across the U.S. have major superhero potential. And now they have the power to save lives and help provide therapeutic food packets to kids around the world, just by getting active. Target has teamed up with the U.S. Fund for UNICEF to help bring UNICEF Kid Power to households and students across the country. The Kid Power Band—the world’s first “wearable-for-good ™”.

Here’s how it works: Kids wear a UNICEF Kid Power Band, a child-friendly fitness band they can use with the free Kid Power companion app. Kids go on missions through the app, learn about new cultures and earn points for completing activities and challenges. These points unlock therapeutic food packets that UNICEF delivers to severely malnourished children around the world. The more kids move, the more points they earn, and the more lives they save! Guests can follow along on the UNICEF Kid Power website to track the total points earned, therapeutic food packets donated and impact made by kids all over the U.S.

GRAMMY®-winning recording artist and UNICEF Kid Power spokesperson, P!nk. “Healthy living and positivity are at the center of my life,” she says. “With UNICEF Kid Power, kids and families can move and have fun, all while saving the lives of children around the world. I’m raising my daughter to be strong, healthy and giving. As a mom, the fact that UNICEF’s lifesaving work is powered by kids is really exciting. Every child deserves a healthy start at life, no matter where they live and Kid Power is helping to make that possible.”

Target is also helping expand Kid Power in schools across the country so that kids—who might otherwise not be able—can participate in the program to get active, save lives, and learn about helping others. Target joined Disney, Star Wars: Force for Change, and local supporters to enable high-need schools in several markets to sign up for the program, completely free of charge. Schools will receive Kid Power Bands for their students, classroom tablets for syncing and tracking progress, and standards-based curriculum and content on malnutrition and global citizenship for keeping kids inspired and engaged.

“Together, we’re putting children first by working to end global malnutrition, which contributes to nearly half of all deaths of children under five. The therapeutic food packets unlocked by UNICEF Kid Power have the potential to transform the lives of millions of severely malnourished children,” says Caryl M. Stern, president and CEO of the U.S. Fund for UNICEF. “The U.S. Fund for UNICEF is thrilled to partner with Target to empower families and students across the country to get active, save lives and make a difference.