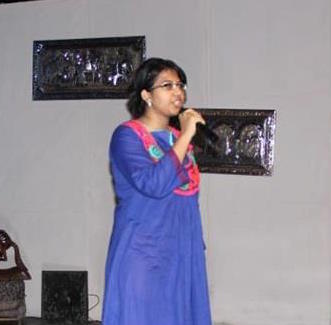 This week’s Hero of the Week is 19-year-old Sofia Naureen of Pakistan. Sofia was very upset by the lack of educational opportunities for young Pakistani girls, so she began tutoring girls in the slums near her home. But instead of being applauded and supported, she became the target of death threats and sexual harassment for daring to give these young girls encouragement and guidance. Early last year, one of her 9-year-old students was abducted, raped, and tortured. Sofia never wavered from her mission to give these girls a chance, but she knew she needed to expand her message.

In March of 2013, Sofia founded Pakistan Respects Women. Through seminars, dialogues with community leaders, door-to-door campaigns, and fundraising concerts she organized in the United States and in Pakistan, Sofia has been able to bring her message to more than 10 million people, with the goal of making women’s rights a matter of national security in Pakistan.

Sofia is also the Director of the Pakistan Educational and Cultural Foundation.
This was founded in 2009 to inspire students to promote positive cultural heritage and to empower Pakistani students to engage in dialogue about making a more peaceful Pakistan. Their goals are to end academic disparity in Pakistan and to advocate community development through volunteerism.

Sofia was a Global Teen Leader at this year’s Three Dot Dash Summit for Global Teen Leaders in New York. She was also the first girl in her family travel outside of Pakistan, and she was awarded the President’s Volunteer Service Award while she was an exchange student in the United States.