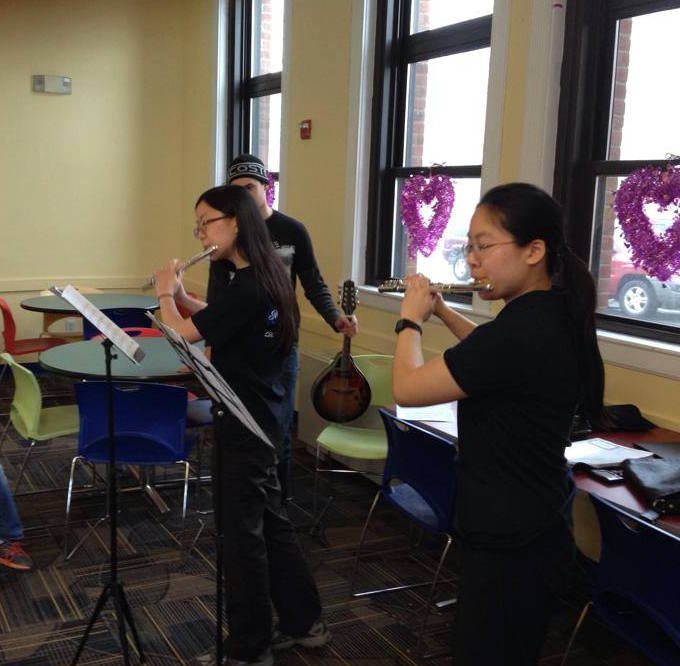 Measures For The Future is a non-profit group organized completely by high school and college students who study and enjoy playing music. They possess a common desire to share their musical experiences with other young people who have not had the same opportunities.  Today, there are millions of children who don't have access to music in the same way we do. Budget cuts slash music programs in schools, while the number of families that can afford music lessons for their children is declining along with the economy. At the same time, sickness, poverty, and homelessness run rampant throughout the states.

They visit homeless shelters, libraries, community centers, and other venues where they can teach and perform for children who aren't exposed to the music that they love - one child, one measure at a time.

Jocelyn Cheng is co-president of their Massachusetts chapter and is currently a senior at Oliver Ames High School.  She has had over 10 years of experience with piano and 8 years of experience with flute.  Jocelyn has played in numerous performances with the Boston Flute Academy's Advanced Repertory Ensemble under Judy Grant and individual coaching under David B. Houston, the director of the Boston Youth Symphony's summer program.  She has also participated in the Southeastern District band and SEMSBA.  Jocelyn has received piano instruction from Rachel Narula and Misako Toda, and currently studies under Alice Fu.   She joins us today to tell us how her organization brings music to children who don’t have access to it in their daily lives.