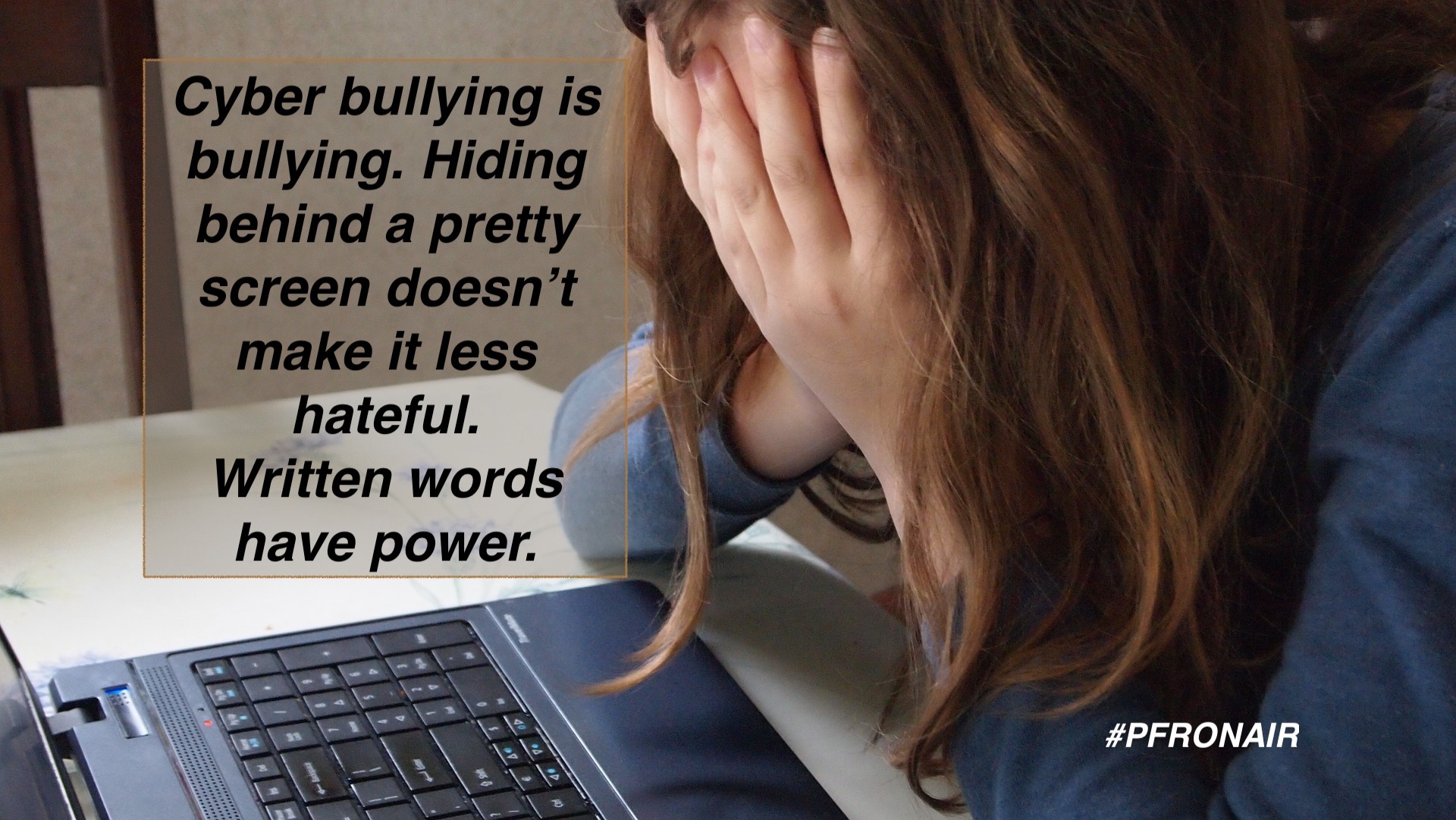 On today's show, Adrian and Ethan tackle the issue of bullying. We look at some kids who are taking a stand against this escalating problem.

October’s National Bullying Prevention Month reminds us that students, parents, teachers, and school administrators all play a role. Although it’s sad that such an awareness campaign has to exist in the first place, the movement works with local schools, community groups, young people and families to address any issues they face, educate kids about the effects of bullying and promote kindness, acceptance and inclusion.

Bullying affects everyone involved…the victim, the bully and those who witness it. Not only are there the immediate effects but the serious and long-term consequences that impact their mental health, drive them to substance abuse and elevate the risk of suicide. Bullying is not a “rite of passage” but a serious threat to student safety and well-being.

With virtual learning a normal part of life for so many kids, so is virtual harassment…and the cyberbullying statistics for 2020 are alarming. Two decades ago cyberbullying awareness didn’t even exist as a term. Today, in 2020, things are different. social media has become the main news and opinion outlet.

• 60% of children and young people have witnessed someone going through harassment on social media.

• 36.5% of kids aged between 12 and 17 have had a bully target them online at least once in their lifetime.

We can always count on kids to see the issues and set out to make a difference. And anti-bullying has inspired many of these young people…

When Sanah Jivani lost her hair to Alopecia Areata, she became the target of merciless bullying, including a letter left in her locker outlining 50 ways she should kill herself. But rather than retreating, Sanah chose instead to take off her wig forever and embrace everything about who and how she is -- inspiring countless others to do the same with her nonprofit, Love Your Natural Self Foundation. Her non-profit encourages self-love and empowers people to celebrate who they are by promoting positive internal dialogue and self-care.

A McKinney 5th grader from Dallas, who'd had enough of being mistreated by classmates, came up with a truly original response. With his dream of being an entrepreneur, Trae came up with the idea of Special Kids Tees…TP T-SHIRTS. He decided he was going to make different cool and celebrate being special. He knows there’s MILLIONS of kids out there just like him and there’s something that makes them special too.

When Cavanaugh was five years old, he got tired of people telling him that he was too young to volunteer. And after being bullied himself, he founded his own nonprofit,

Cool & Dope. Their mission is making positivity and kindness a thing. Cavanaugh and his tribe of Positivity Creators advocate for bullying victims by lobbying lawmakers, educators, policymakers, parents, and students to lift their voices to raise awareness.

Now 7 years old, Cavanaugh wanted to help when the COVID hit. He saved up to create care packages for the elderly in his community so they wouldn't have to shop in stores during the global pandemic. This young positivity creator has gotten help from supporters to create a FULL community pantry to help 5,000 people in need in Maryland.