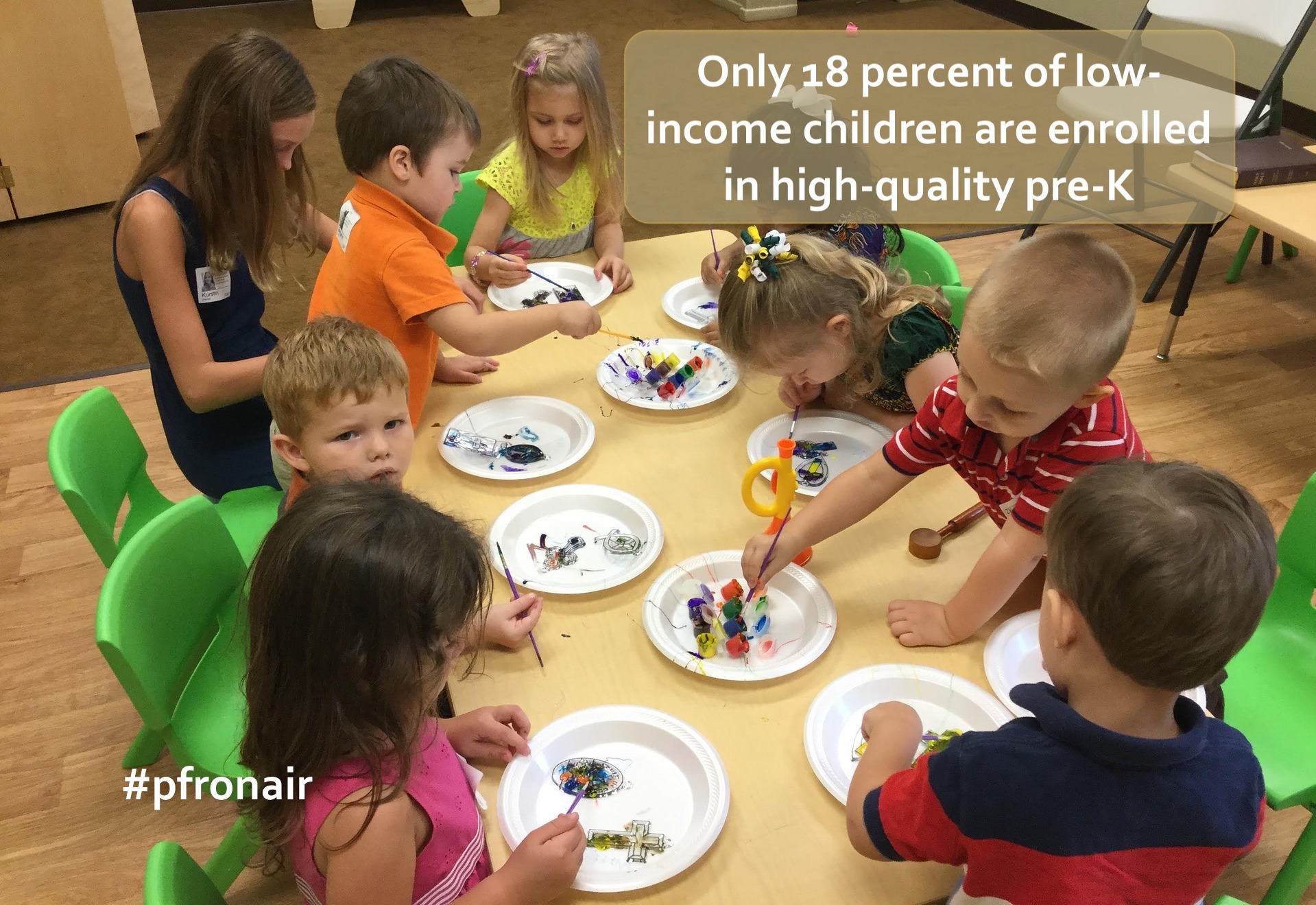 Today's show takes us to Heartland Head Start in Bloomington, Illinois and an interview with Bill Dennis, the Program Operations Director.  Later in the episode, Bruce Gale brings us an interview with one of our Kid Heroes, Shelby O'Neil.

The term “achievement gap” unfairly places blame on kids. It implies that children are not achieving as they should be, and that it’s their fault. In recent years, educators have stopped using the term “achievement” gap and shifted to the term “opportunity” gap which better defines the issues.

The arbitrary circumstances in which people are born—such as their race, ethnicity, ZIP code, and socioeconomic status—determine one's opportunities in life, rather than all people having the chance to achieve to the best of their potential.  Rich kids in America have a major leg up over poor kids in America in virtually every way — at home, at school, at work and in life.

Income-related differences in achievement can emerge as young as infancy. During the first five years of life, a child’s brain is at its most flexible, making this a critical period for learning and growth.  Waiting until kindergarten is too late.  Children who enter kindergarten behind are likely to remain behind throughout their educational careers and beyond.

Although access to publicly funded preschool has increased in recent years, only 42% of children aged 4 years and 15% of those aged 3 years enroll in state prekindergarten, Head Start, or other programs.

And this brings us to today's nonprofit, Heartland Head Start...

Heartland Head Start enhances the lives of children and families who meet the federal income and eligibility guidelines in McLean and Livingston Counties in Central Illinois. They do this by providing a comprehensive child and family development program for women receiving prenatal care, children ages birth to 5 years old and their families.  @heartlandheadstart

Project Head Start, launched as an eight-week summer program of the Office of Economic Opportunity in 1965, was designed to help break the cycle of poverty by providing preschool children of low-income families with a comprehensive program to meet all of their physical and mental needs.  The program is locally administered by approximately 1,400 community-based nonprofit organizations and school systems.

While visiting Bloomington, Illinois, Bev had the opportunity to sit down with Bill Dennis, Program Operations Director for Heartland Head Start.

Shelby O'Neil began volunteer work at an Aquarium and was so inspired by the environmental issues facing our Oceans that she decided to take action. Shelby formed Jr Ocean Guardians for her 2017 Girl Scout of America Gold Award Project to share her passion to save our Oceans and marine life for future generations.

Shelby and her Jr Ocean Guardians Ambassadors visit lower grade level school children and host beach clean-ups to spread the word on alternatives to single-use plastics and also the importance of recycling.  @NoStrawNovember

In Oct. of 2017, the California Coastal Commission approved her “No Straw November” Resolution (SCR-139) and in 2018 both the Senate and the Assembly officially passed a bill on her behalf.  She spoke on the Senate floor.

Today, Bruce Gale brings us an interview with one of our earlier Kid Heroes, Shelby O’Neil.