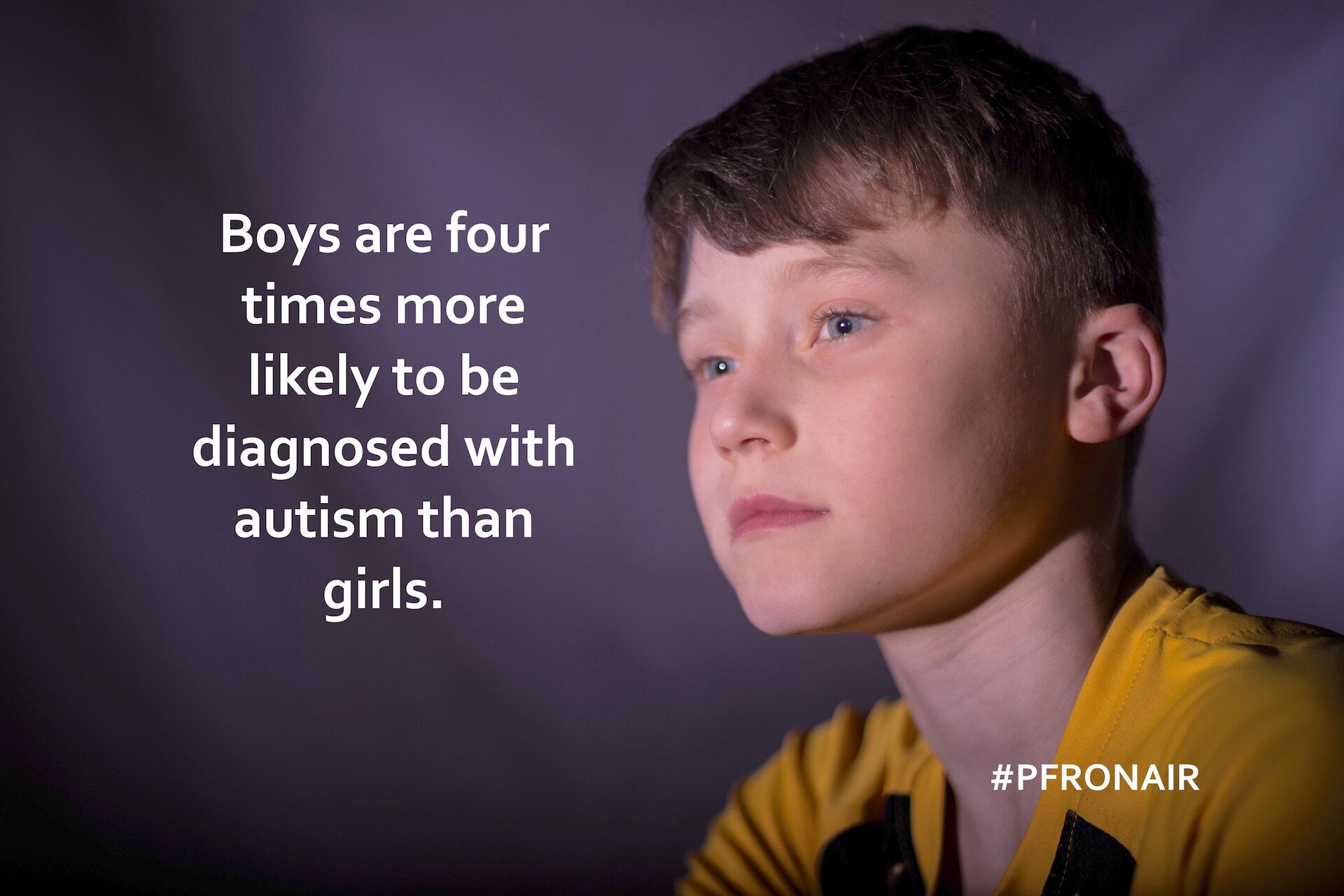 On today's show we talk with Nicole Burroughs, the Executive Director of Erin's Hope for Friends.  Later, Bruce Gale brings us the first part of an interview with one of our earlier Kid Heroes, Tabitha Bell about her organization, Pawsitive Pawsibilities.

Many people think that part of this increase is just that communities are doing a much better job of diagnosing autism, especially among minority populations.  According to the CDC, in past years autism prevalence has been much higher among white children compared with black and Hispanic children.  In the past, autism rates for white children were about 30 percent higher in white children than in black children.  This difference has dropped to just 7 percent.

The earlier a child is diagnosed and treatment started, the better. Ideally, treatment will begin by 18 months.  Although there's no cure for autism, early intervention and therapy can help kids develop skills and achieve their potential. The most common age for an autism diagnosis now is three or four, and that’s really too late. Birth-to-three programs treat children who are exhibiting signs of autism, and the earlier the intervention begins, the more successful they are in diminishing symptoms.

While students with autism may have different weaknesses than their classmates, they often have plenty of strengths, too. Students with autism have so much potential, and some of the brightest minds in the world have been people with autism spectrum disorder, including: Charles Darwin, Emily Dickinson, Michelangelo and Wolfgang Amadeus Mozart.

Unfortunately, nearly two-thirds of children with autism between the ages of 6 and 15 have been bullied.

And this brings us to today's highlighted nonprofit, Erin's Hope for Friends...

Darren and Stacy Horst’s 17-year-old daughter Erin was a gentle and talented girl who faced many challenges, primarily Asperger’s Syndrome. The couple lost their beloved daughter too soon, but aspire to allow Erin’s compassionate spirit to live on through charity.

HFAS is a disorder that makes it very difficult to make friends. This nonprofit provides the opportunity for these kids to meet regularly at one of its E’s Clubs to have fun and develop meaningful relationships in a safe and encouraging environment.

Bev had the opportunity to talk with Nicole Burroughs, the Executive Director.

Today’s Kid Hero is Tabitha Bell, a seventeen-year-old girl with a debilitating form of muscular dystrophy. Since her diagnosis in fourth grade, she struggled endlessly with physically getting around. After seven surgeries on both legs and her spine, she still suffered from severe balance and strength deficits.  Her life changed when her parents purchased her trained service dog Sunny.  She now attends Berkley.  With her own experience as inspiration, she decided to found Pawsitive Pawsibilities in order to raise funds to train and place service dogs with other children. @pawsitivepawsibilities

On today’s segment, Bruce Gale brings us Part 1 of an interview with our earlier Kid Hero, Tabitha, to talk about her efforts help change the lives of others.