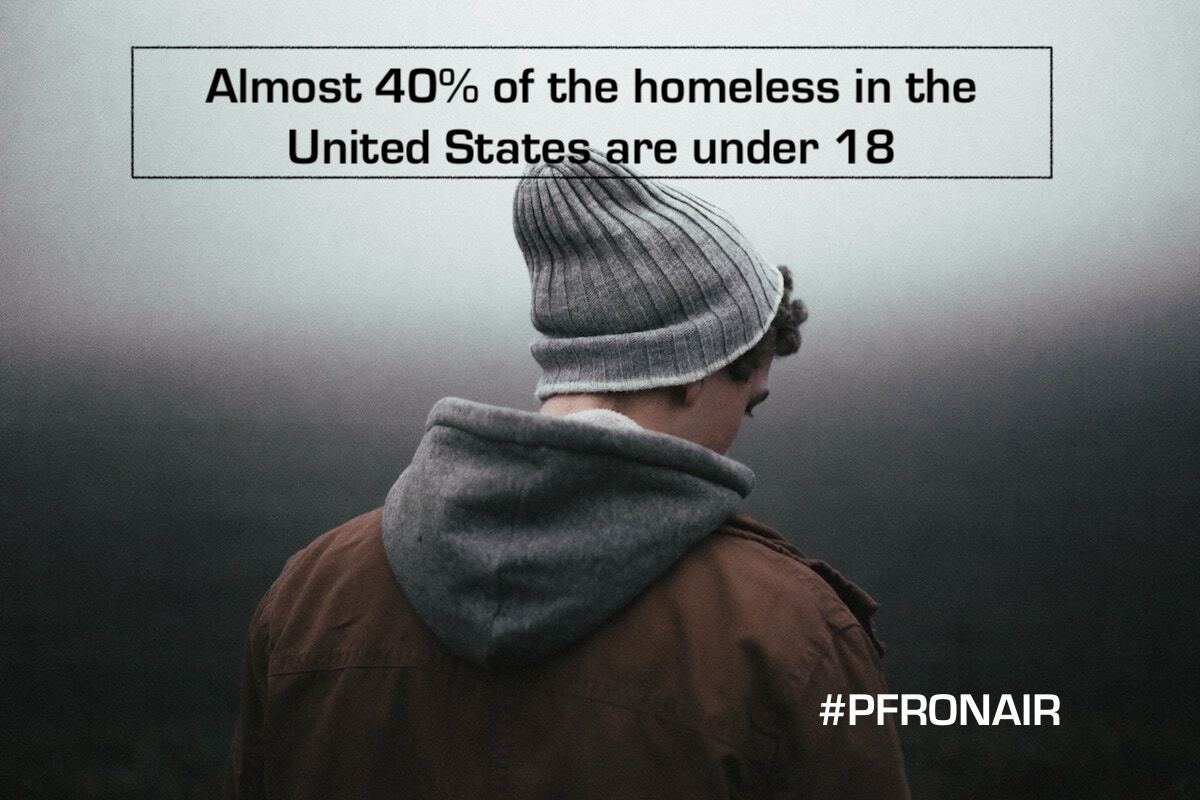 Homelessness is a major social concern in the United States and the rate among youth is steadily on the rise.

Youth are considered the nation’s invisible homeless population.  They have been undercounted for many years.  They are very difficult to track and because many don’t want to be found. They’re living in motels and on the couches of friends or hiding out in cars and abandoned buildings, and more often than not, trading sex for a place to sleep. The number of teens and young adults living on the street seems to be growing.

According to the Pew Research Center:

• In Atlanta, the number of homeless youth in 2016 was estimated to be nearly triple that of previous years.

• After an extensive effort to count homeless young people, Seattle’s saw its numbers jump more than 700 percent between 2016 and 2017.

Homeless youth over 18 have different needs since, due to their age, they don’t fall under child protective services in most states.  Approximately 23,000 to 27,000 youth age out of the foster care system every year.  Many of these youth will find themselves on the street within 6 months.

This brings us to today’s highlighted nonprofit, Covenant House Georgia…

The Covenant House mission is to serve the suffering children of the street with absolute respect and unconditional love. They empower them to finish high school, start college, gain employment, live independently, and ultimately step out into the world knowing they are prepared to be successful. They believe that every child deserves a safe place to sleep and hope for a brighter future.  @CovenantHouseGA

For over 40 years, Covenant House has sheltered and cared for these young people – now standing as a powerful human rights movement for homeless and trafficked youth.  Their international work to fight youth homelessness spans 31 cities across 6 countries in the Americas. Covenant House's network of youth shelters provides refuge for homeless, abused and trafficked kids – and the long-term support they need to heal.

13 year-old Emma Rose Eimers started helping her brother Robby, who we heard from last week, when she was just 5.  She has been helping Robby feed the homeless every Saturday.

Four years ago, she started her own foundation called Furry Friends.  Furry Friends donates to shelters in the US and around the world.  In Grosse Pointe, Mich. they have the annual Mutt March for medical care.  Last year they raised approximately $10,000.00. Furry Friends is now part of the Eimers Foundation, founded by Robby Eimers when he was 8 years old. @theeimersfoundation

Emma won the title of State Finalist in the Prudential Spirit of Community awards for volunteering at the age of 13.