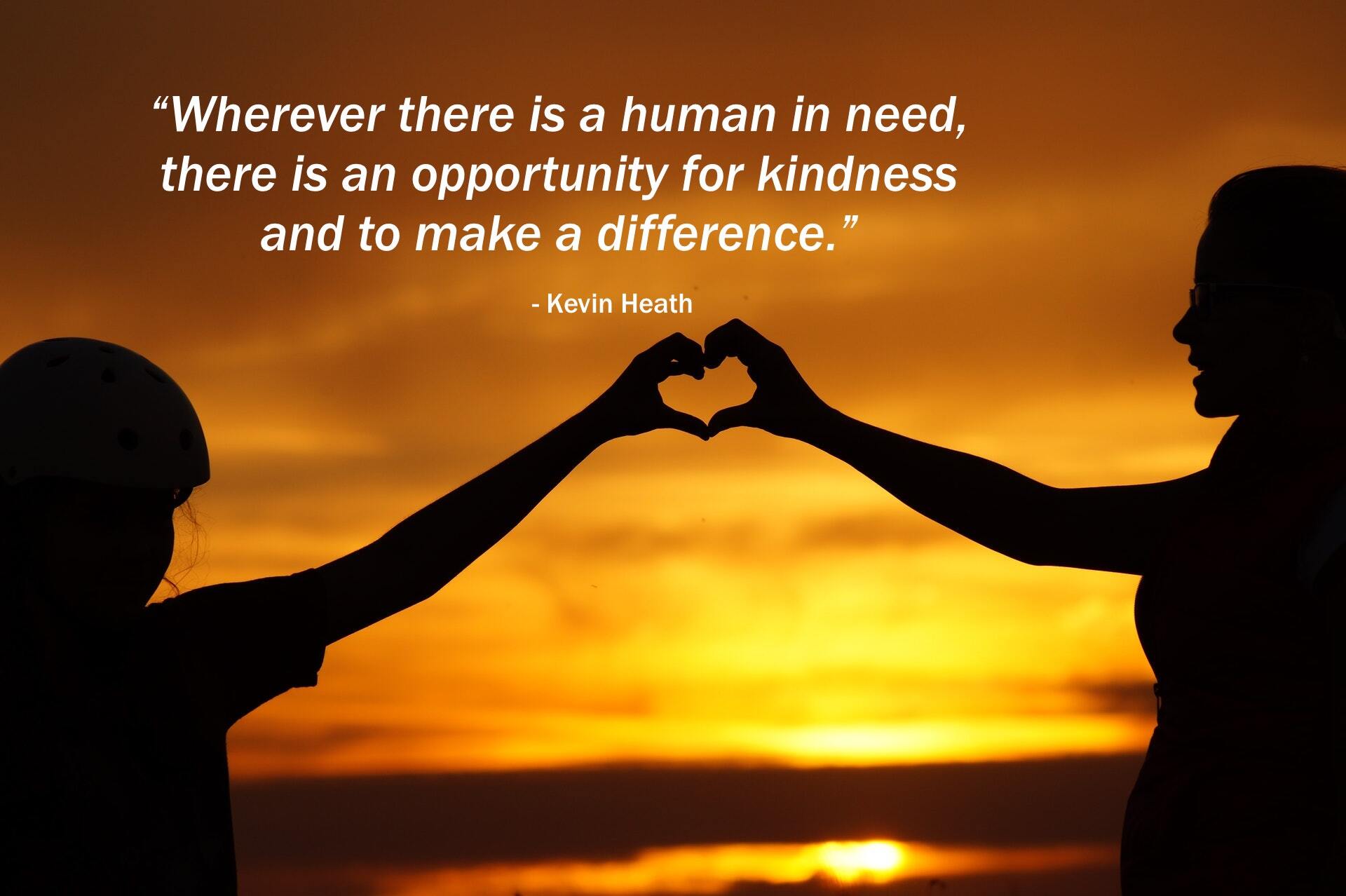 On today's show, we continue our discussion of acts of kindness in these trying times. Ethan brings us an interview with 2 amazing teens who show who have worked through the years to make a difference in their community.

We all remember Fred Rogers from "Mr. Rogers' Neighborhood”. He recalled that when he was a child and was alarmed by disasters on the news, his mother told him: "Look for the helpers. You will always find people who are helping." These “good neighbors” are all around us.

And the kids are once again inspiring us with their actions. Ethan brings us an interview with two amazing Peace Fund Kid Heroes who are graduating seniors.

When she was in the third grade, Shawn Dettenmaier watched her friend across the street lose her home to foreclosure. Devastated, she worked up an idea to start by giving Christmas to people who don’t have houses and for nine years now, Shawn’s foundation Make the World a Better Place has provided Christmas to thousands of children supported by social services through the annual Combat Radio Christmas event. She delivers meals, presents and supplies to children and their families who are struggling. This organization has also adopted several shelters in Sylmar, Santa Clarita and Canoga Park California. Her organization has worked to fill the food banks and have set up regular relief efforts. Through all of her philanthropic efforts over the years, Shawn was able to graduate this year from Gorman Learning Center…a year ahead of schedule!

Sarah Edwards, a 2020 graduate of Saugus High School in Santa Clarita, CA has been passionate about spreading kindness and positivity since she was in middle school and a member of the student-led club, Safe School Ambassadors, later known as Students Matter. When Sarah first joined the club she never dreamed she would one day become President of the club or that spreading positivity would become so important to her fellow students following the tragic deadly shooting at her High School in November of last year. Sarah has participated in several student-led clubs through the years and has worked with Shawn Dettenmaier on the annual Combat Radio Christmas event.