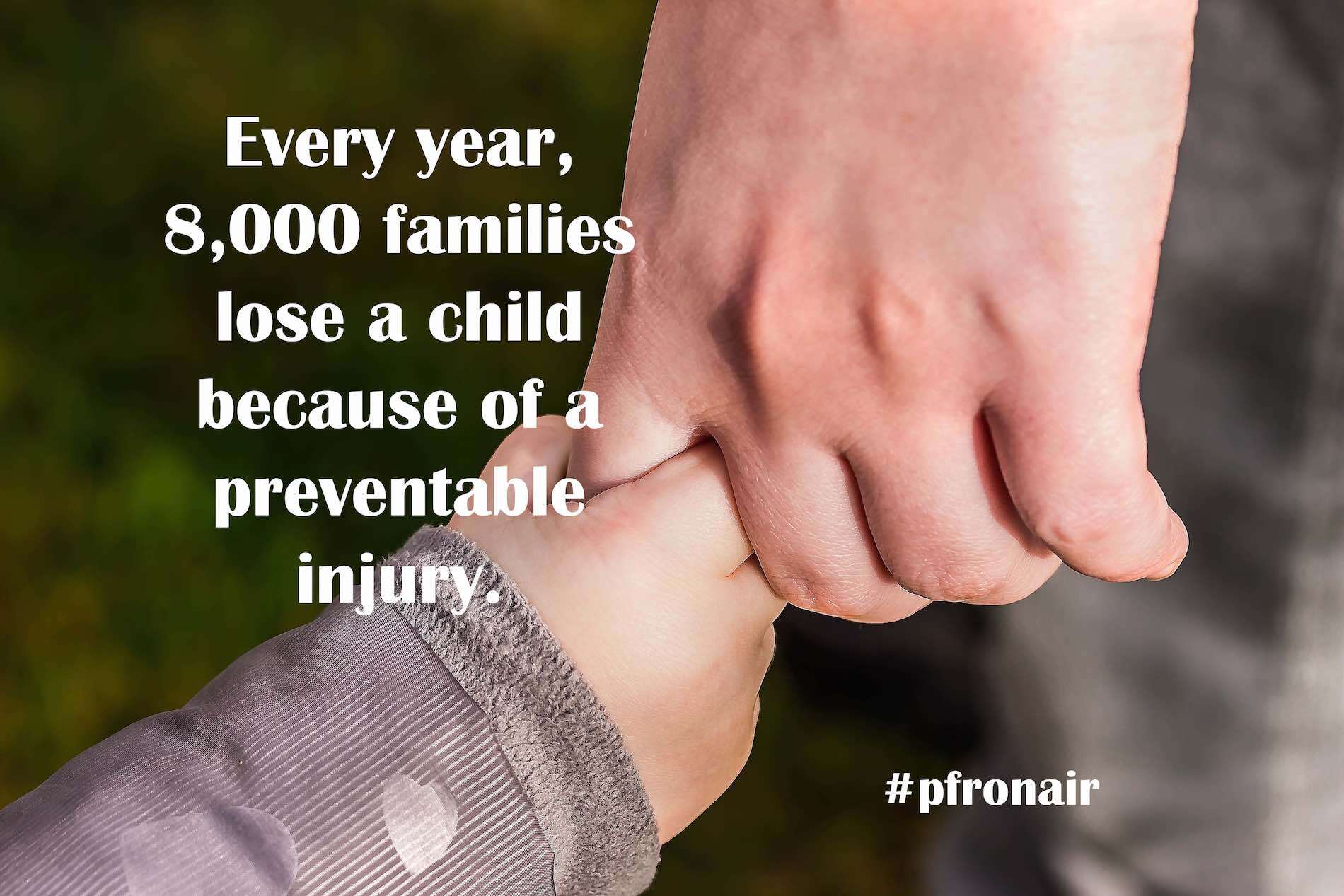 Summer has arrived and with Adrian winging his way to Europe this past week, today we're going to look back at a show from last June.  As many of you may know, June is National Safety Month so this episode is very timely.

In the United States more than 8,000 families lose a child each year because of a preventable injury.  When a child dies, the lives of families are changed forever.  Preventable injuries are the #1 killer of kids in America.  Millions more children are injured every year.  Almost 7.7 million kids in the U.S. are treated for injuries in emergency departments every year.  These are often serious injuries that can affect them for a lifetime.

Kids are going to fall or take a tumble. That’s just all part of being a kid.  But there are little things we can all do to prevent the more serious injuries that can result in life-time disabilities and even death.

Road injuries are the leading cause of unintentional deaths to children in the United States.  Properly fitting child restraints can reduce the risk of death in an accident by up to 71 percent for infants and 54 percent for toddlers. National statistics show that nearly three out of four car seats are installed incorrectly.

And this brings us to today’s charity, Cobb County Safety Village…

The Cobb Safety Village, in Marietta, Georgia, is one of the most comprehensive and unique safety training environments. They have had representatives from other countries visit to tour their facility. @cobbsafetyvillage

They believe that education is the key to reducing risk and protecting the community and they work in partnership with the Fire and Police Departments.  With an emphasis on curriculum-based education, all second and fourth grade students are taught vital safety information in a way that makes things learned easier to retain. They also learn about drug and alcohol awareness, kitchen safety, gun safety, electrical safety and water safety.

Their 27,500-square foot facility includes four classrooms for children, two adult classrooms, a multipurpose room and a 127-seat theater. A main feature inside the facility is Sparky’s House—an interactive house that simulates fire and smoke for a real-life demonstration and complete learning experience. Behind the facility is a child-size representation of Cobb County, complete with a locomotive, school bus and scaled-down models of operative buildings with signage, streets, pedestrian crossings and traffic lights. Mini cars and bicycles are used to teach roadway and pedestrian safety by engaging children in a realistic environment.

Bev had the opportunity to tour the facility with the Director, Allison Carter. Check out some of the photos below for a little look inside this amazing facility.

In today’s Kid Hero segment, Bruce Gale talks with Nitish & Adityah Sood, two brothers from Atlanta who by happenstance met a homeless woman outside of the local Target shopping mall.  After a lengthy conversation, they found out she had her medical degree to become a doctor but ended up on the streets because of an unfortunate family situation.

In 2013, the brothers founded an organization called Working Together for Change, with the goal to eliminate homelessness in our country one by one if necessary by opening the conversation about homelessness and helping the homeless with much needed supplies.

In 2017, Nitish was awarded the Gloria Barron Prize for Young Heroes. The award honors 25 young leaders from all over North America who have made a significant impact on people, their communities and the environment.  @workingtogetherforchange