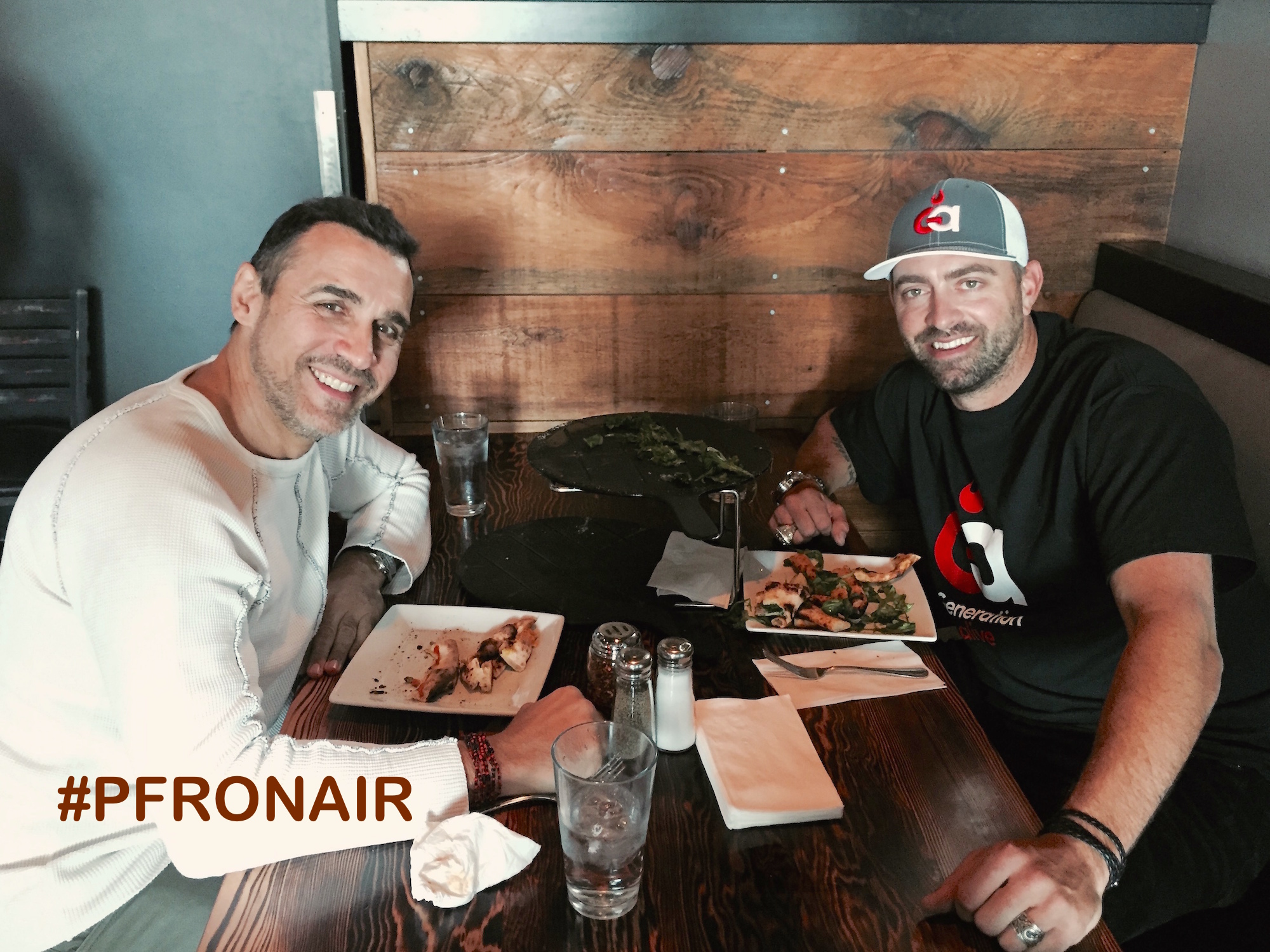 Our guests on today's show include Jeremy Affeldt, the founder of the nonprofit Generation Alive, and Actress Alaina Huffman.

The world now has the largest generation of young people in history.  There are 1.8 billion young people in the world today, representing a staggering amount of human potential. Yet too many of them are trapped in poverty, with few opportunities to learn or to earn a decent living.

We all appreciate the massive waste of human capital in our world when 74 million young people cannot find work.

Youth involvement not only benefits organizations and their programs but the youth themselves. Programs that partner with youth are more likely to be effective at engaging the population and have a greater impact.

Service has the ability to bring youth together across boundaries of race and economic status, allowing them to work within diverse groups, share experiences and unite over common goals. Service helps youth develop skills that help them to learn to work with diverse groups of people, overcome challenges, and work together for a common goal. Youth become more than just passive bystanders to violence and poverty but are empowered to be leaders and agents of positive and effective change. Throughout history, young people have led social change, and today’s kids are no different—despite the negative labels often attached to them.

Young people are fearless, brave, impetuous, dynamic and self-confident. Young people have the ideas, the creativity and great energy to shape a better world. Young people are full of hope and through innovation and imagination, they are problem solvers and have a great potential to generate a positive social change in the world.   Service also allows students to be empowered to take action. We see this everyday with out Peace Fund Heroes of the Week.

As virtual distances shrink, a new generation of plugged-in kids is growing up to be global citizens who use their tech fluency to expand their worldview. Our global communities are increasingly interconnected, and so are the problems of our time.  The young people of today will collaborate with minds around the world on issues that affect us all.

While filming an episode of Live Life Forward, Adrian highlighted the nonprofit, Generation Alive. Founded by Jeremy Affeldt, 3-time World Series Champion and former San Francisco Giants pitcher and his wife Larisa, Generation Alive is a movement of youth responding to needs around them wherever, whenever, however.

Each year, GA works with both Spokane and San Francisco Bay Area public and private schools and churches, increasing awareness of needs in the community and providing youth with tangible ways to make a lasting impact. What started in 2012 with one program and 200 participants has grown to nearly 30 programs and 20,000 participants each year!

Their Mission: Generation Alive empowers youth to compassionately engage the needs of their community through action and service.

They instill into young people that their compassion, their generosity, and their energy are paramount in identifying and alleviating needs in their communities. Using programs focused on hunger relief, anti-human trafficking and leadership development, Generation Alive is creating a movement of youth who will play an integral role in elevating the quality of life in communities—supporting those in a position of great need and making a lasting impact.

Numerica teamed up with Generation Alive and the awesome students at Northwood Middle School to assemble Freedom Bags. The bags will go to local first responders, helping victims of human trafficking or sexual violence. They brought along a crew from Lifetime's Live Life Forward along with Adrian to take a behind the scenes look at #GenerationAlive.

While in New Zealand recently, Adrian sat down and spoke with Alaina Huffman.  Alaina was born in Vancouver. From lead roles in critically acclaimed festival films, to pivotal recurring roles on hit television shows, Alaina Huffman has showcased her versatility as an actress since she first graced the screen in 2001. Huffman is perhaps best known for her work in the science fiction arena in recurring roles on Painkiller Jane, Smallville, SGU: Stargate Universe and Supernatural, but her talent transcends many genres.

Alaina received her first big break in 2001, when she was cast as a lead in Artisan’s “Pendulum” alongside Rachel Hunter. After that, her film credits quickly built up, including Paramount’s Serving Sara with Matthew Perry and Elizabeth Hurley, The Gunman with Joey Lauren Adams and Sean Patrick Flannery and film festival favorite Screen Door Jesus.

Alaina supported The Peace Fund’s Celebrity Interactive Storytelling program earlier this year and is hoping to work another event into her schedule. She is the mother of four children and realizes the importance of teaching children empathy, compassion and giving.

On today's Hero of the Week segment, John Bierly continues his conversation with Kendall Ciesemier.  This Georgetown grad is the founder of Kids Caring 4 Kids, an organization she started at 11 years old and the co-founder of OWN IT, a series of game-changing summits, events, and opportunities meant to inspire young women.

Kendall was born with a rare liver disease called Biliary Atresia that has plagued her life with illness, surgery, and uncertainty. From a young age she understood pain and struggle and could identify those feelings in the lives of others. In 2003, she first became aware of the plight of AIDS orphans by watching a TV special. She began to imagine herself, 11-year-old Kendall Ciesemier, alone, living in a mud hut, caring for her younger siblings and grieving the death of her parents. Having experienced struggles in her own life, their pain resonated with her and she was in awe of what appeared to be their unwavering hope. That night, she knew she had seen the opportunity she was waiting for—her chance to give her life more purpose than the chronic liver disease she had grown up fighting against. She found her purpose in starting Kids Caring 4 Kids.