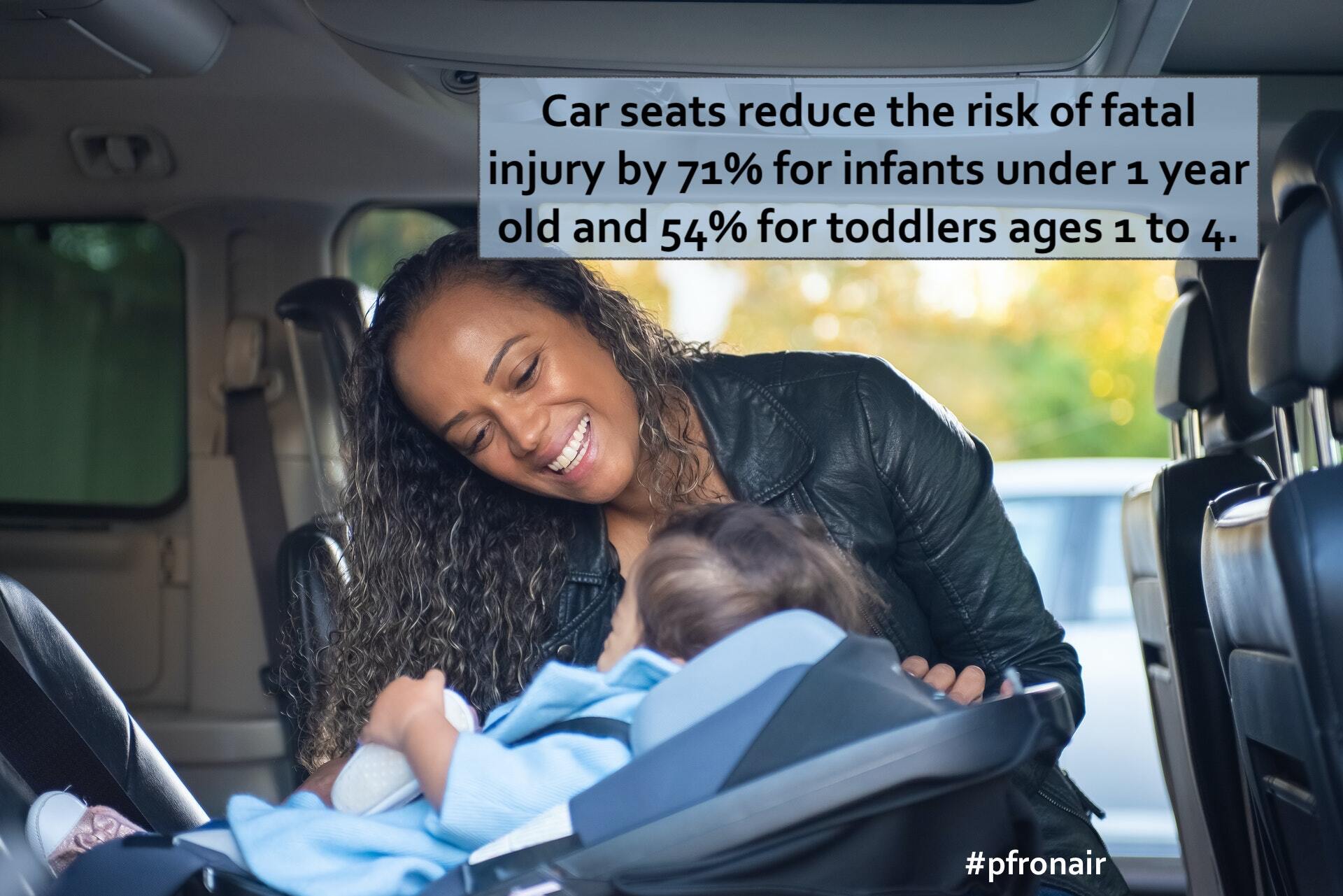 On today's show, Adrian and Ethan continue their discussion of keeping our kids safe, taking a look at safety in and around cars.

On average, every 9 days a child dies from heatstroke in a vehicle. Eighty-eight percent of children who have died in a hot car are age 3 and younger.

The majority of parents and caregivers would like to believe that they could never “forget” their child in a vehicle. The most dangerous mistake one can make is to think leaving a child alone in a vehicle could never happen to them or their family. In most situations this happens to the most loving, caring and protective parents.

We can also protect our children with properly fitted car seats. Road injuries are the leading cause of unintentional deaths to children in the United States. Most crash deaths occur among children traveling as passenger vehicle occupants. Properly fitting child restraints can reduce the risk of death in an accident by up to 71 percent for infants and 54 percent for toddlers.

Every year, thousands of children are killed or seriously injured because a driver backing up didn’t see them. On average, most vehicles have a blindzone behind them that measures approximately 7-8 feet wide and 20-30 feet long.

In the U.S. at least fifty children are being backed over by vehicles EVERY week. Tragically, in over 70% of these incidents, a parent or close relative is behind the wheel.

When Elijah Lee was in the first grade, he learned that one of his classmates was experiencing child abuse. He assisted her in getting help, but the experience left him with a heavy heart.

Today, 13-year-old Elijah Lee, a community activist and public speaker is an advocate for children and an ordained minister.

Elijah serves as a public speaker on the issues of child abuse awareness, racism, resilience and youth empowerment.

Elijah has made a guest appearance on the Kelly Clarkson Show and was featured in PEOPLE Magazine for his work with the Marvel Hero Project. In 2020, Elijah was featured on a PBS Special “Behind the Activist” on August 31, 2020.