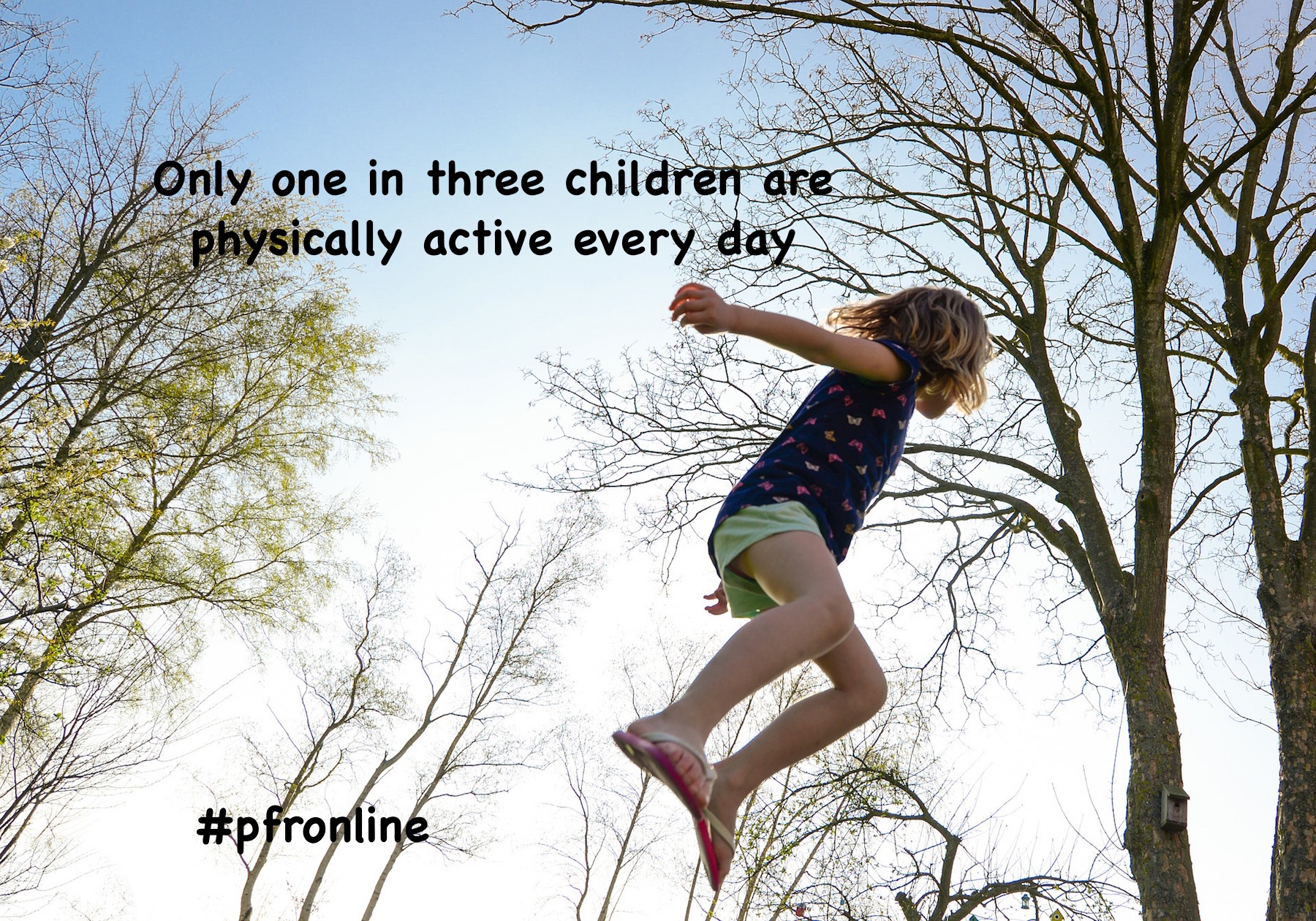 Happy New Year to all of our listeners!  As 2018 comes to a close and we're all recovering from the holiday season, we look back at a show from last January...getting our kids active and moving.

Today, less than half of youth aged 6 to 7 years meet the Physical Activity Guidelines for Americans published by the U.S. Department of Health and Social Services. The recommendation is at least one hour of physical activity each day. Physical activity facilitates a child’s cognitive development and academic success.

It's a disturbing fact that kids fitness levels are plummeting and childhood obesity levels are at record highs.  Children are more sedentary now more than ever, and when children are inactive on a regular and long-term basis, the stage is set for health problems to creep up on them later in life.  Type 2 diabetes has sky-rocketed in past years.

The percentage of children with obesity in the United States has more than tripled since the 1970s. Today, about one in five school-aged children (ages 6–19) has obesity.

Physical fitness also affects academic achievement.  One study found a positive relationship between aerobic fitness, learning, and memory in a group of fourth grade children. The study suggests that reducing physical education in schools may actually hinder academic performance for developing children. Even occasional aerobic exercise of moderate intensity is helpful, according to another study.

This brings us to our highlighted charity, Girls on the Run Chicago...

While in Chicago, Adrian had the opportunity to visit with Cathy Kruse, the Director of Communications at the nonprofit, Girls on the Run Chicago.

Girls on the Run is a 501(c)3 nonprofit organization dedicated to creating a world where every girl knows and activates her limitless potential and is free to boldly pursue her dreams.  They inspire girls to be joyful, healthy and confident using a fun, experience-based curriculum which creatively integrates running.  Girls on the Run-Chicago (GOTRC) is the largest council of Girls on the Run International.  @gotrchicago

Girls face social pressures and conflicting messages about how they should act and who they should be. Studies show that by adolescence, girls' confidence drops about twice as much as boys'. Friendships become more complicated and challenging, girls' perception of their academic ability declines, the likelihood of anxiety and depression increases and participation in physical activity plummets.

Physical activity is woven into their program to inspire an appreciation for fitness and healthy habits and teach life skills including treating others with care, practicing gratitude and managing emotions. Each season culminates with a Girls on the Run 5K event.  Girls on the Run-Chicago was able to serve nearly 11,000 girls in 2018 and make some really big impacts.

If you're in the Chicago area, you can run for her by registering for the 2019 Bank of America Chicago Marathon Girls on the Run SoleMates team.

Kimberly and Chad highlight inspiring stories of determined children doing things in their communities.  Today they bring us the remarkable story of teens who created an app to end hunger in US schools.

Project Food For Thought aims to help students who are victims of lunch shaming and whose families have difficulty consistently paying for school meals. The Food For Thought app helps people Pay It Forward and help these students by allowing parents who buy meals for their kids using a refillable school lunch debit card online – anonymously pay for another hungry student’s meal. The app asks the parent upon checkout if they would like to anonymously give 2 or 3 dollars to another student in their community so that they can eat lunch.  The app makes it incredibly easy for parents to think of helping other kids when re-loading their child’s lunch account. @Team_fig_

New York City is filled with restaurants, pubs and food trucks at every corner; yet the number of missed meals as a result of poverty in New York alone is 242 million meals per year, and ever increasing.  13 million children in the United States live in food insecure households and some New York counties have food insecurity rates as high as 18%.

Approximately 1 in every 5 children in New York City depend on soup kitchens or pantries. Many of our peers do not know where their next meal will come from, and the unforgiving school lunch system does not provide the security a child should receive from their learning environment.