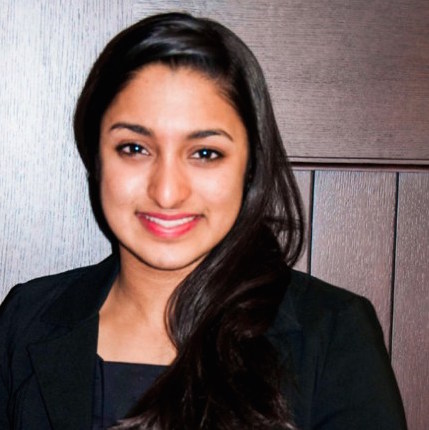 Like many of our past and recent Peace Fund Radio Heroes of the Week, 18-year-old Sruthi Ramaswami is one of the winners of the 2013 Gloria Barron Prize for Young Heroes.

When Sruthi was a high school freshman at Archbishop Mitty High School in San Jose, California, one of her teachers asked her to participate in an advocacy event called Catholic Lobby Day to mobilize adult Catholics to lobby state legislators for various issues. Sruthi felt so empowered that she decided to share her inspiration with her fellow classmates. In 2009, she founded the Mitty Advocacy Project to mobilize young people to use political advocacy to create positive social changes. She recruits teams of fellow students to research issues that affect children and then identifies bills at community, state, and federal government levels that address those issues. Of the six bills her team has lobbied for at the federal level, six have been signed into law.

As the cornerstone of MAP, she founded California Youth Advocacy Day, an annual event to promote civic engagement. For the past three years, more than 600 high school students have participated in the event, attending issue-specific workshops led by MAP students and then lobbying their legislators at the state capitol.

The Mitty Advocacy Project now has more than 100 members at Sruthi's school and has expanded to more than 50 more schools nationwide. In the past, they have focused on poverty and education, and more recently they are fighting against Human Trafficking, which is a $32 billion per year industry in which 80% of the victims are women and girls and as many as 50% are minors.