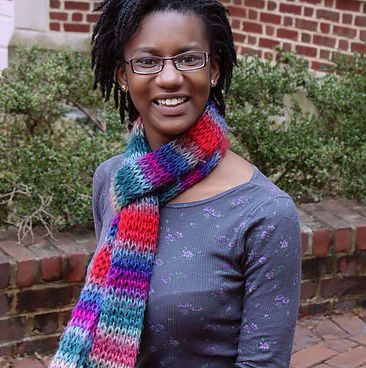 When Karen visited relatives in the village of Togo in West Africa, she met a little girl named Amenuveve, which means “Grace,” and was so captivated by the little girl’s imagination that she couldn’t wait to read a story with her. But Karen was saddened to discover that Amenuveve had no books except for a few old textbooks that were falling apart. She thought back to her own upbringing, and how her mother always read to her, and how she shared a birthday with Dr. Seuss on March 2, which also happens to be National Reading Day.

But how could she share her own love of reading with children in parts of the world where access to books is terribly rare?  She thought back to an award-winning essay her sister had written about the possibility of a solar-powered e-reader she referred to as a “Megabook.”

Karen spent every spare moment doing research and calling manufacturers and publishers. She heard the word “no” a lot. "Guided by a consuming vision of children with Megabooks in their hands, I proceeded trying hard to remain undeterred by discouraging initial responses,” she said. She finally found a device that suited her needs, and she held successful fundraisers to get the first devices shipped overseas in November 2013 with content from American, French, and Ivory Coast publishers. The devices are loaded with 15 local books, 35 international titles, and a French dictionary.

Karen’s Megabooks Initiative launched a pilot program in March of this year for 35 children at the Bingerville orphanage on the Ivory Coast. Karen is currently working with publishers to get more content, and her next batch of e-readers will reach double the original amount of kids with 70 students.