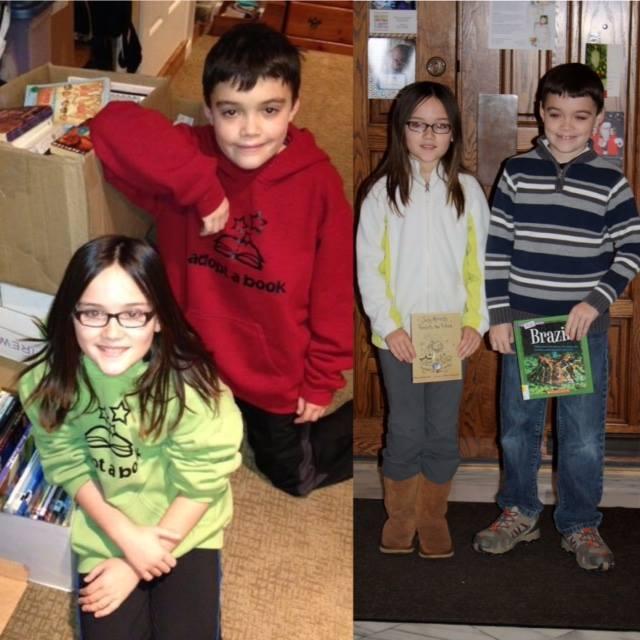 Adopt a Book is a 501(c)3 non-profit organization started by 13 year-old twins, Hannah and Alexander Laman. These two book-loving twins were inspired to start Adopt a Book in November 2011, when they were just 8 years old after they saw a news story about a nearby school  in the Greater Cincinnati area closing due to a lack of literacy funding.  Since then, the two have collected and donated nearly 110,000 books for more than 100 organizations serving children in need across Ohio and Northern Kentucky.  Many of the kids that receive their books have never been to a library, don’t have access to a library or have ever owned a book of their own.

Hannah and Alex were named 2016 honoree by the Gloria Barron Prize for Young Heroes. The Barron Prize celebrates 25 public-spirited young people - 15 winners and 10 honorees - for inspiration by making a significant positive difference for others and our planet. The Laman twins were among a diverse group of outstanding young leaders chosen from nearly 400 applicants across North America.

“I’ve learned that we each need to make a difference,” Alex said, “and if we put our minds to something, we can do it.”

Hannah and Alexander Laman has appeared in the following PEACE Fund Radio episodes: