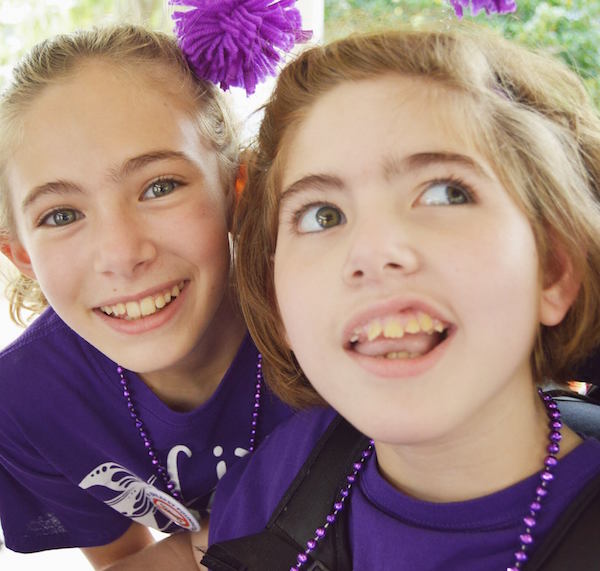 On December 15, 2004, Allison and Jon Scheinman welcomed their daughter Hailey into the world after 12 hours of labor. After another hour, they welcomed Hailey's twin sister, Olivia, or "Livy" for short. Four hours later, after doctors had moved Livy to the Neonatal Intensive Care Unit after noticing her unusually fast eye movements, Jon witnessed his daughter's body shake, curl, and convulse in what would be the first of a lifetime's worth of Grand Mal seizures.

All these years later, Livy still has little control over her body and can't speak. She suffers from Multi-Focal Partial Epilepsy and Cerebral Palsy, and has endured two massive brain surgeries.  The first, in 2006, removed portions of two lobes in her brain. The second, in 2009, involved completely disconnecting the left side of her brain because she was having more than 100 seizures a day. This procedure is only done in extremely rare cases where all other forms of medication and treatment have failed to relieve severe seizures.

For some reason, Livy has made strides that should be absolutely impossible. And the reason for that is undoubtedly the bond she shares with her twin sister, Hailey.
Hailey begin making jewelry and selling artwork, headbands, and lemonade to raise money for her sister's expensive therapies which aren't always covered by the family's insurance.

Today, Hailey continues to find new ways to help not only her sister but to raise funds and awareness to battle epilepsy in all its forms. Her website is called Livy's Hope.   100% of the profits from all items sold on the site go to awareness and fundraising for epilepsy causes.  You can also read about Hailey's recent efforts to donate items families need during their stays at Ronald McDonald Houses that provide so much comfort to ailing children around the world.

Hailey and Olivia Scheinman has appeared in the following PEACE Fund Radio episodes: