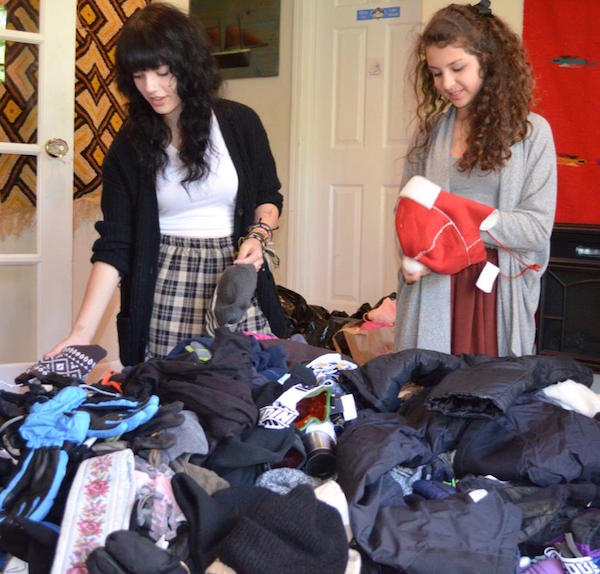 Ever wonder what happens to the piles of clothes and gear that get lost on the ski slopes? Two Walnut Creek teenagers came up with an idea that snowballed. Corrine and Katrine created their own service group, K & C Care, three years ago, when they were 11-years-old sixth grade students in the San Francisco Bay area. The competitive ski racers hatched a creative idea: why not collect items people lose at ski resorts and donate them to the homeless?

Corrine said they wanted to do something good:  “We used to walk on the street and see all these homeless people and they didn’t really have very warm attire on,” she remembered.  Her partner said the idea for collecting lost and found items from ski resorts came after she lost something herself.  “I lost my wallet,” Katrine recalled. “I went to the lost and found. They brought out this huge box of wallets. I was like, ‘Really?’ I realized people must leave a lot of things.”

The girls began to scoop up a blizzard of clothes and equipment that no one had claimed for 30 days. At the peak of ski season, the girls haul home several trash bags of donations a month from each of four resorts.