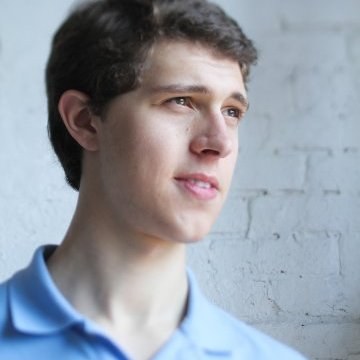 Ben was 15 when he harnessed the power of the sun, and is using it to give thousands of people around the world the gift of light.

When the sun goes down in Kenya, there is only darkness. Many people have no electricity and are forced to light their homes with kerosene lanterns. Conditions are smoky, dim, and dangerous. The lamps create toxic smoke that have been known to cause lung cancer and pneumonia. It’s the equivalent of breathing in two packs of cigarettes a day.

For Ben Hirschfeld, the 20-year-old founder of Lit Solar Lantern Project, the crisis became a personal calling.  “Imagine your day ended at 6 o’clock every day. How much would you be able to get done?” Hirschfeld said. “I could really relate to that uphill struggle of getting an education while you’re sick. I knew I had to do something.”

Four years ago Hirschfeld began to distribute small solar lamps to students and families in need. So far, Hirschfeld’s cause has given out more than 10,000 lamps to people in five different countries. The lanterns allow people to read and study after dark and eliminate the need for lamps that produce toxic kerosene smoke. The project has also helped to raise families out of poverty, as they no longer need to spend money on expensive kerosene.  Families are encouraged to give back to Lit by donating some of the money that they saved by switching from kerosene, to help purchase lamps for others.

“Our project is actually financially sustainable going forward,” Hirschfeld said.
Just $10 can give a student a lantern—not only this year, but every year from now on! This is made possible by Lit!’s revolving fund model:  some of each family’s kerosene savings goes into a fund this year to purchase lanterns for next year’s incoming students, and so on.