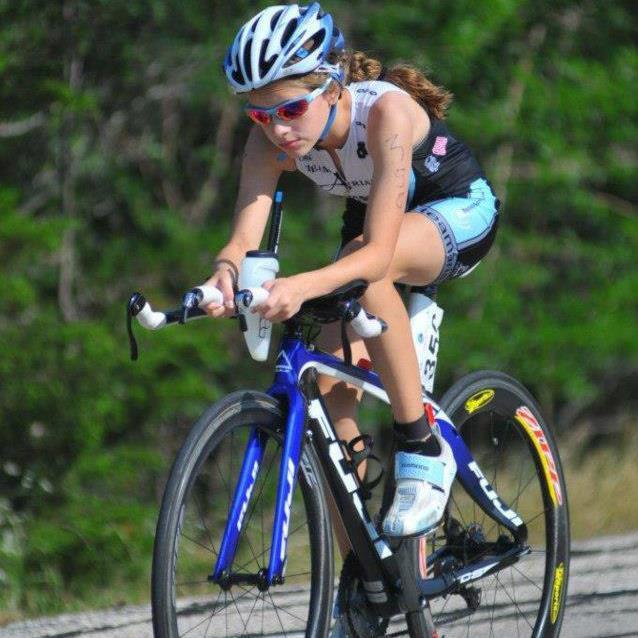 When she was in second grade, Ariana competed in her first triathlon -- a grueling competition that blends swimming, bicycling, and running. Today she knocks down 15 duathlons and triathlons each year. And according to an interview Ariana did with Whitney Thompson from the Advocate magazine in the Lakewood/East Dallas, Texas, area, Ariana won first place last May in an adult triathlon -- swimming 1 mile, biking 26 miles, and ending with a 10K run -- at age 13, beating her 2012 time by a full 10 minutes.

Ariana was 11 when she started placing in adult triathlons, and multiple sponsors reached out to her about placing their logos on her racing gear. When the offers started rolling in, Ariana closed her eyes and saw dollar signs... but not for herself.
For 25 years, the Vogel Alclove in Dallas, Texas, has provided FREE child development services for homeless children between the ages of 6 weeks and 5 years. They are the ONLY comprehensive early childhood education program in Dallas with the primary focus of providing free childcare and free case management for homeless children and their families referred there by 21 local emergency shelters, domestic violence shelters, housing programs, and other organizations that serve homeless families.

When Ariana was only 6 years old, she started calling the Vogel Alclove to ask what the kids there wanted or needed. She would then ask for those items for Christmases and birthdays and donate them to the kids. With the help of her parents and her younger sister, Gabrielle, Ariana set up a website at TeamAriana to further her efforts.

Her focus has certainly paid off. She thought it would take a year to reach her first fundraising goal of $10,000, but she got there in just three months. Between donations and merchandise sales from TeamAriana, the Luterman family has given more than $55,000 to the Vogel Alcove, and that number is poised to explode with at least 10 more races currently scheduled for 2014 alone.