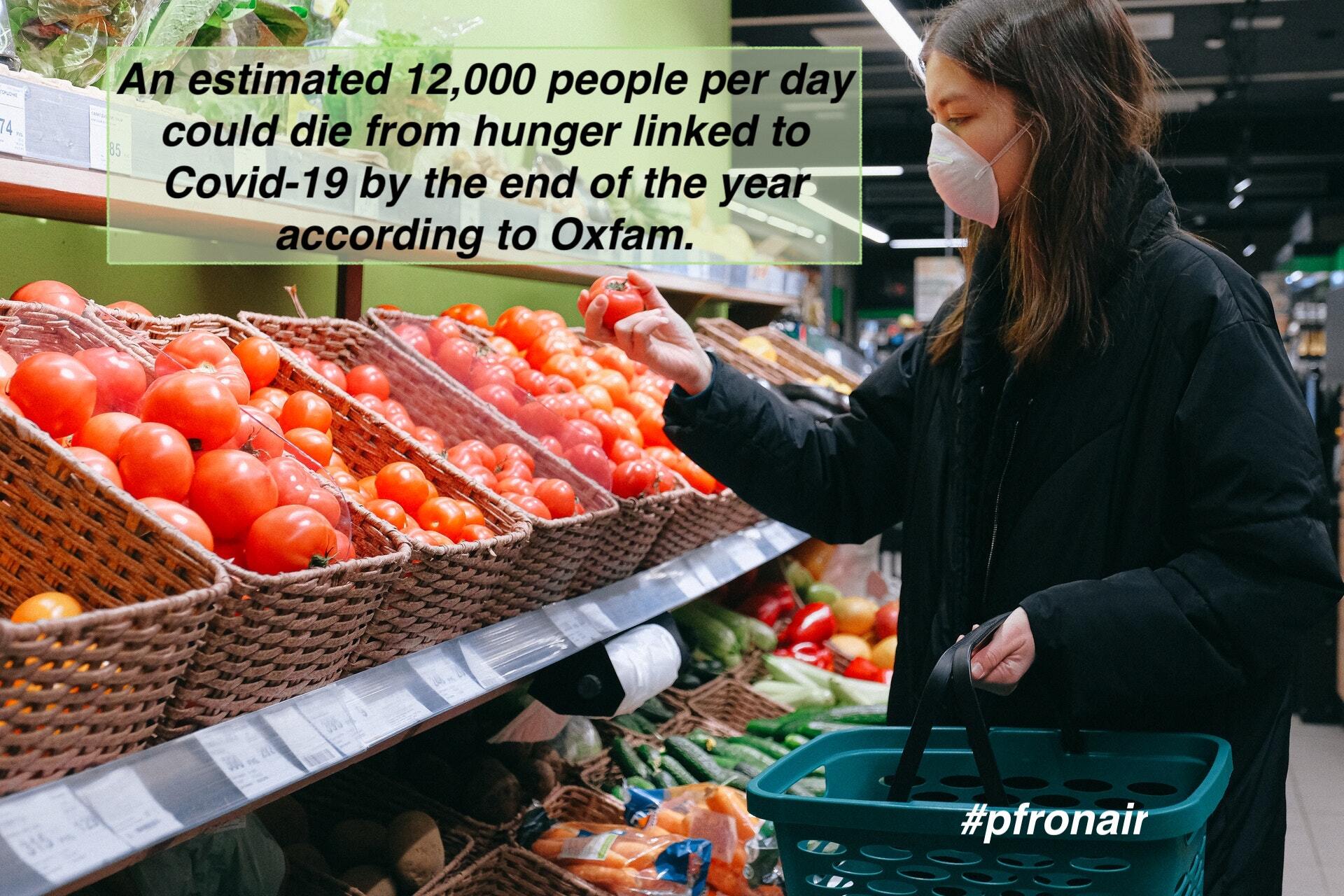 On today's show, Adrian and Ethan talk about the impending global hunger crisis that is linked to the pandemic. We also take a look at a couple incredible kids making a difference in their communities and beyond.

The world is headed toward an unprecedented hunger crisis linked to coronavirus.

A new report by Oxfam now warns that the hunger crisis worsened by the pandemic could potentially kill more people each day than the infection itself.

An estimated 12,000 people per day could die from hunger linked to Covid-19 by the end of the year, Oxfam said. By comparison, data by Johns Hopkins University shows that the pandemic's deadliest day so far was April 17, when 8,890 deaths were recorded.

Current projections say the number of people experiencing crisis-level hunger might reach 270 million in 2020 as a result of the coronavirus pandemic, an increase of over 80% from the previous year.

"The pandemic is the final straw for millions of people already struggling with the impacts of conflict, climate change, inequality and a broken food system that has impoverished millions of food producers and workers," Oxfam's Interim Executive Director Chema Vera said.

According to Feeding America, an additional 17 million people in the United States could be food insecure in 2020 as a result of the pandemic. That would bring the total number of Americans struggling to put food on the table to around 54 million people, or one in six, the organization estimates.

This is a 46% increase over the 37 million people who were food insecure prior to the COVID-19 crisis.

High school student Gabriel Aun Klinger organized a project intended to help people from favelas in Brazil defend themselves against the virus.

Favelas are slums (or highly-populated communities) where many people live in extreme poverty. Many favela residents struggle to feed themselves and have to live in dangerously unhygienic conditions.

“Some people from these communities can’t even afford to buy a soap bar,” stated Klinger.

After reading scientific papers on COVID-19, h came upon an affordable and effective solution against COVID-19 that is much cheaper and easier to obtain than 70% alcohol gel. He launched his project and his crowdfunding campaign raised enough money to purchase hygiene products and food items to donate around 4,000 hygiene and basic food items to over 500 families in São Remo, an underprivileged community in São Paulo.

When Austin Hurt was just seven years old, he decided that he wanted to help his family put food on the table. He took a look in the pantry and found a few beans, so he decided to plant them in the yard. With a little bit of water, attention, and care, Austin grew a beanstalk of his own. Seven years later, he’s growing a lot more than just beans, for a community that’s much larger than his immediate family.

After growing his own food in his family’s backyard to help his mom feed himself and his four siblings, 14-year-old Austin Hurt set out on a quest to help provide fresh produce to other neighbors in need and educate his local community of Indianapolis on the issue of food insecurity.