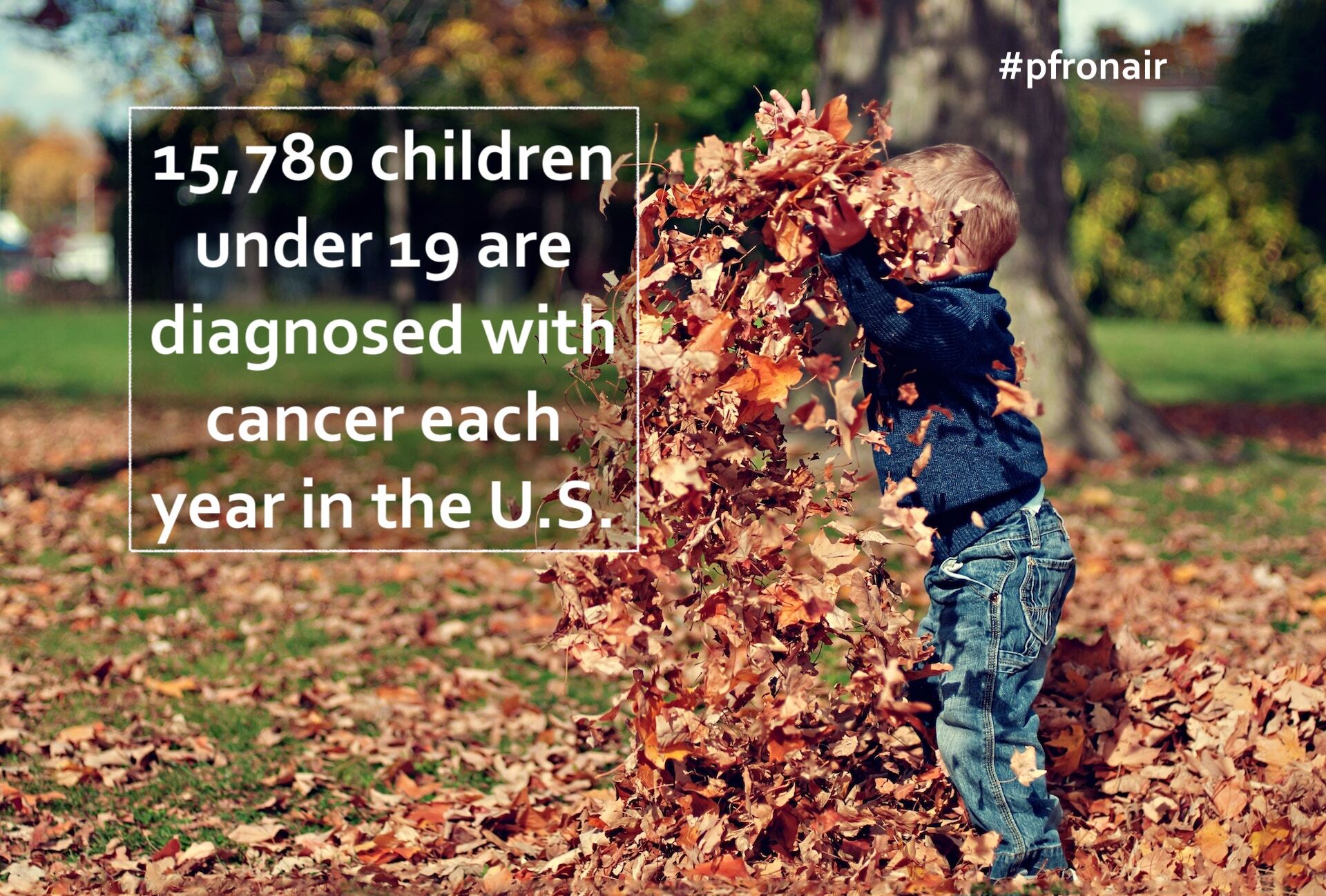 Every day, the parents of approximately 43 kids will hear the words “Your child has cancer”.

Former President Barack Obama proclaimed September 2012 as National Childhood Cancer Awareness Month.  It is symbolized by a gold ribbon worn to commemorate the event. The objective of Childhood Cancer Awareness Month is to put a spotlight on the types of cancer that largely affect children, survivorship issues, and – importantly – to help raise funds for research and family support.

Childhood cancer does not discriminate— it affects every ethnic group and socioeconomic class in every geographic region around the world.  In the United States, the incidence of cancer among adolescents and young adults is increasing at a greater rate than any other age group, except those over 65 years.

Although great strides in treatment and care have been made, childhood cancer is still the number one disease killer of children in the U.S.  Despite major advances – from an overall survival rate of 10 percent just fifty years ago to nearly 90 percent today, for many rare cancers, the survival rate is much lower.

Candlelighters Childhood Cancer, a nonprofit in Las Vegas, provides emotional support, quality of life programs, and financial assistance for children and their families affected by childhood cancer.  The organization was originally chartered in 1978 by two families, each of whom had a child being treated for cancer. With little to no resources to help them navigate the world of childhood cancer, they came together to create a network of support for families affected by the disease. All programs and services are provided at no cost to the families. @candlelightersnv

Candlelighters is celebrating 30th annual Superhero 5K on September 14. This is a fun-filled family event that brings the community together in support of local families battling childhood cancer hardships.

While in Las Vegas, Bev had the opportunity to sit down and talk with Kimberly Kindig, CEO.

KaRon McCorley is starting college at the University of Nevada at Reno, where he’ll study at the School of Mechanical Engineering on a scholarship.

KaRon’s future didn’t seem quite so bright back in November 2012.  At that time, he was just 12 years old and had been diagnosed with Hodgkin’s Lymphoma.  February 2013 marked his last rounds of chemotherapy and they were some of the hardest…they made him very sick and it was difficult to push through the therapy.

Candlelighters was there to support the family throughout their cancer journey.  KaRon’s mom credits the support and resources provided with bringing their family closer together and helping them get through the difficult time.

Bev had the opportunity to talk with KaRon while visiting Candleighters.

19-year old Alex Weber grew up in Carmel, California and was an avid free diver.  While diving off the coast of California alongside Pebble Beach Golf Links when she was 16, she came upon something she’d not seen before…a white sea floor.  You couldn’t even see the sand. The sea floor was blanketed with thousands of golf balls.  That started Alex on her endless task of removing the golf balls.  @Forethewaves

She then connected with a researcher at Stanford University. Plastic pollution in the world’s oceans has become a global environmental crisis. They went on to publish the first paper about golf ball marine pollution, which got the attention of the National Marine Sanctuary and officials at the course itself.

She has cleaned up the oceans of approximately 60,000 golf balls and tons of plastics.  Her website, The Plastic Pick-Up, hopes to create mindset change by showing people where their pollution goes, and to help reduce the marine pollution problem by education and removal.  You can help out by visiting her Fore the Waves fundraiser.

Bruce Gale brings us an interview with this week’s Kid Hero, Alex Weber.