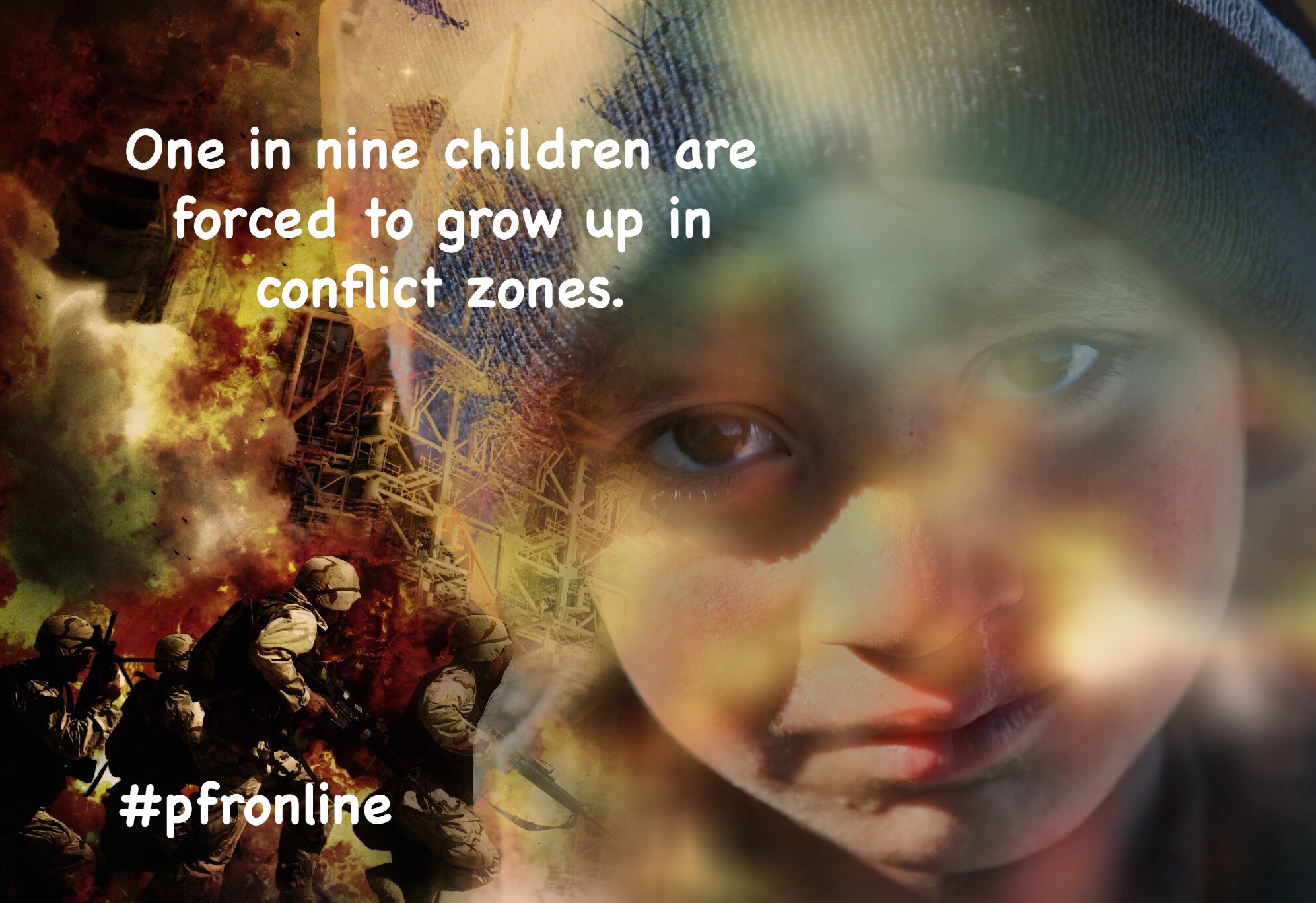 On today's show Adrian talks with Writer/Director Marcus Warren about his recent trip to Iraq and Syria and the horrors he witnessed.

Today, grave violations are committed against children and youth in over twenty war-affected countries from Asia, the Middle East, and Africa to Latin America.

Children and youth represent the majority of the population in most countries affected by armed conflicts and are thus disproportionately affected by war. Their suffering bears many faces - they are recruited as child soldiers, are killed and maimed, deprived of education and health care, and separated from their families. Sexual violence is increasingly a characteristic of conflict with detrimental long-term psychological effects on children and youth.

The impact of conflict, natural disasters and climate change is forcing children to flee their homes, trapping them behind conflict lines, and putting them at risk of disease, violence and exploitation.

Nearly 50 million children have been uprooted – more than half of them driven from their homes by conflicts.

As violence continues to escalate across Syria, the number of children living under siege has doubled in less than one year. Nearly 500,000 children now live in 16 besieged areas across the country, almost completely cut off from sustained humanitarian aid and basic services.

Over the last decade alone, armed conflict has claimed the lives of over two million children. Another six million have been left wounded or disabled for life. One million have become orphans. It is estimated today that more than 300,000 children have been enrolled in militia groups and armies. Half of those they kill are other children.

Exposure to war and conflict has severe psychological effects on children and families. War undermines the foundations of children’s lives, destroying their homes, splintering their communities and breaking down their trust in adults.

An average of four schools or hospitals become targets of armed attacks every day.

During 2015, UNICEF registered 1,500 severe violations of the rights of children in Syria, and this was only the tip of the iceberg. In 60 percent of cases, children were killed or injured by bombs in densely populated residential areas. One-third of all victims were killed on the way to school.
Many children in war zones have been unable to attend school for years, because their schools have been destroyed, the route to school is too dangerous, or there has been a lack of money for books and pens. In Syria and the surrounding region, only one-half of all refugee children were placed in a school last year.

On today’s show, Adrian talked with Writer/Director Marcus Warren about his recent trip to Iraq and Syria and the horrors he witnessed.

Marcus left home to fuel a passion for films and the process of filmmaking. Moving from Detroit, Michigan to Hollywood, California, he immediately went to work on one of the most popular television series in the United States, ‘In Living Color’.  Starting at the bottom and working his way up, he absorbed all he could about production along the way. When the series ended, he was drawn into writing and directing. In tandem with directing music videos and developing his skills as a writer, Marcus worked with some of Hollywood’s biggest stars as director/cameraman for the international press coverage of various studio productions.

Having had a long career in production, including directing some of the most aired music videos in the United Kingdom. Marcus’ first feature The Heavy was a multi-million dollar production staring many award winning actors – the film was written, produced and directed by Marcus as a real test of his determination and talent.  Other films include Zero Tolerance and Kick.

Today we take a look back at two of our earlier heroes, twins Amy and Emma Bushman. They began helping out at a local homeless shelter at the age of four. Their volunteer work began with collecting items for the shelter at the twins’ birthday party each year. Once the items were gathered, they delivered them to the shelter and prepared a homemade pancake breakfast for the families. While they always enjoyed working together in the kitchen, it saddened them to see the shelter children standing in the doorway watching (for safety reasons, the shelter children were never allowed to enter the kitchen).

Since that day in 2008, BakeMeHome has expanded to include programs for local food pantries, kids in foster care, members of the military (including veterans), and other services. Kids as young as four years old are encouraged to volunteer at BakeMeHome, for the twins are as dedicated to promoting volunteerism, especially in kids, as they are to using cookies (and baking) to heal. @bakemehome