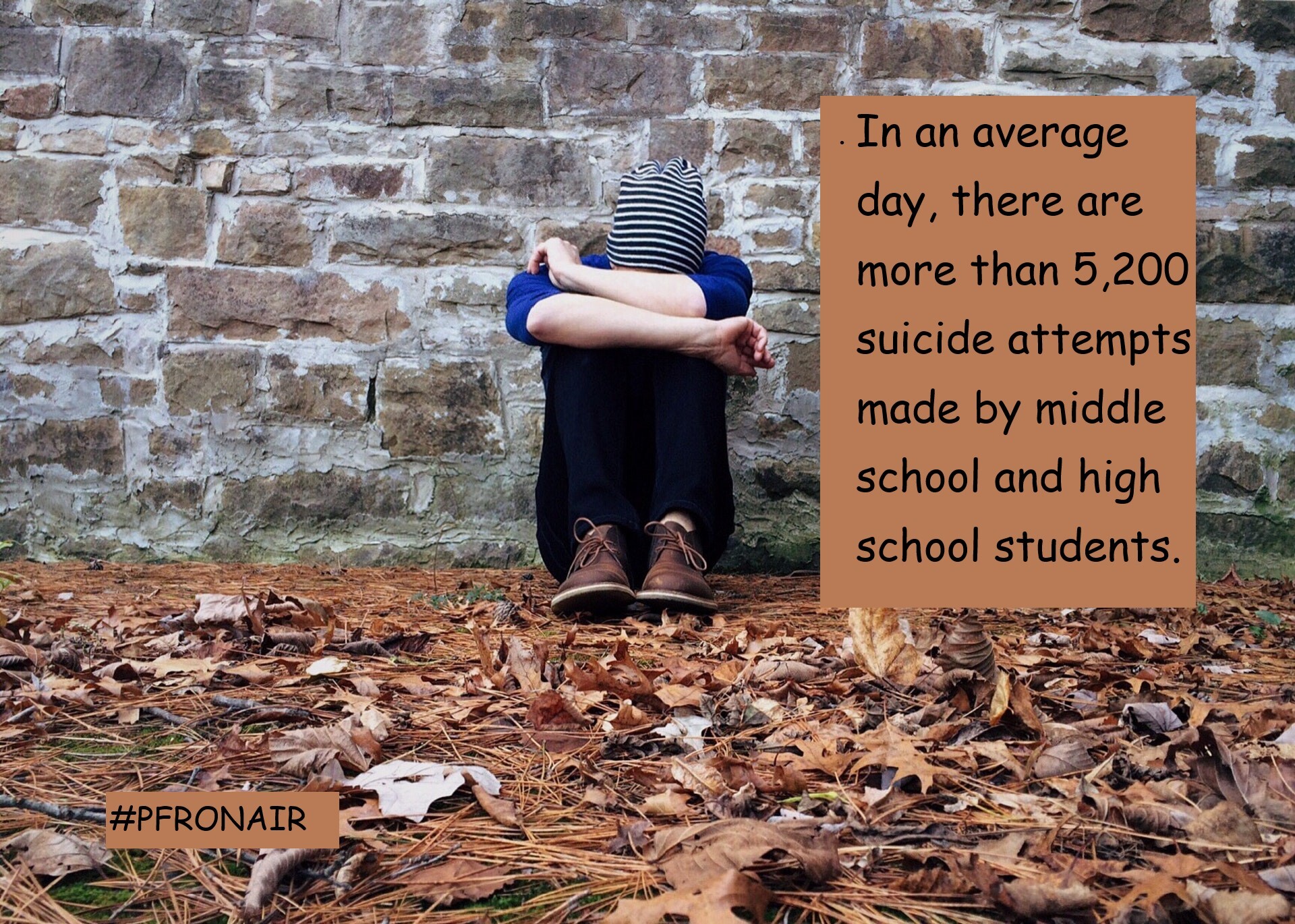 On today's show, Adrian and Ethan discuss the rise in suicide among our youth. They also highlight some amazing kids who are making a difference in their communities and beyond.

September is National Suicide Prevention Awareness Month. During this month, individuals and organizations will be drawing attention to the problem of suicide and advocating the prevention of this terrible tragedy.

• Suicide is a national health problem that currently ranks as the 2nd leading cause of death for ages 10 – 24. Suicide is also one of the leading causes of preventable death in our nation.

• In an average day, there are more than 5,200 suicide attempts made by middle school and high school students.

While the pandemic is throwing new mental health challenges at students, rising rates of suicide among adolescents, teens, and even children was a major concern even before the COVID-19 outbreak began. Suicide rates among teens have risen dramatically over the past decade, according to the U.S. Centers for Disease Control and Prevention.

It’s harder for school psychologists, counselors, or social workers to check up on students when school is out. Pandemic-related school closures have forced schools to lean even more heavily on teachers to spot suicidal behavior in students.

For many young adults, life lived at a social distance, with a lack of peer support, comes at a high cost to mental health. The Centers for Disease Control and Prevention says nearly half of people between 18 and 29 report feeling symptoms of anxiety or depression - a rate that is higher than for both their parents and grandparents.

Let's take a look at some of these incredible kids...

In the wake of turbulent racial protests in America’s Midwest, a group of teenagers in Chicago’s Austin neighborhood were looking for a way to uplift their marginalized West Side community—and they found it. “With a little help from their friends”, a galvanized group of young entrepreneurs transformed a gutted liquor store into Austin Harvest, a pop-up food market to provide healthy food alternatives for their under-served neighborhood.

The project got enthusiastic backing from a number of professional athletes. Together, they raised $500,000 in seed money to get the project rolling. While By the Hand, a local nonprofit, brought in architects and branding experts for guidance, the vision for Austin Harvest was shaped and implemented by its youthful participants.

Austin Harvest, officially opened on August 24, is set to run for 12 weeks. Hours are Monday, Wednesday, and Friday from 3 to 6 p.m.

2. Letters of Love from Grace

Grace Berbig was only 10 years old when her mother passed away after a three-year fight with leukemia. Her mom spent most of the last two years in the hospital, so Grace and her two younger sisters would show their love by writing her cards and drawing her pictures that she put up on her hospital room walls. “My mom said that even though my sisters and I couldn’t be there with her all the time, the cards on her walls made it feel like we were there with her.”

Grace promised herself she would do something meaningful to honor her mother’s memory and she made good on her promise by building a nonprofit from the ground up. During her junior year of high school, Grace decided to start a club at her school with the intention of providing emotional support to children in the hospital by writing them cards and drawing them pictures. Grace fittingly called her club Letters of Love and shared the idea with her close group of friends. Much to her surprise, over 100 people showed up to the first club meeting, ready to write cards to kids fighting for their lives.

She has since sent over 60,000 cards filled with love to children around the world who are battling cancer and other life-threatening illnesses.