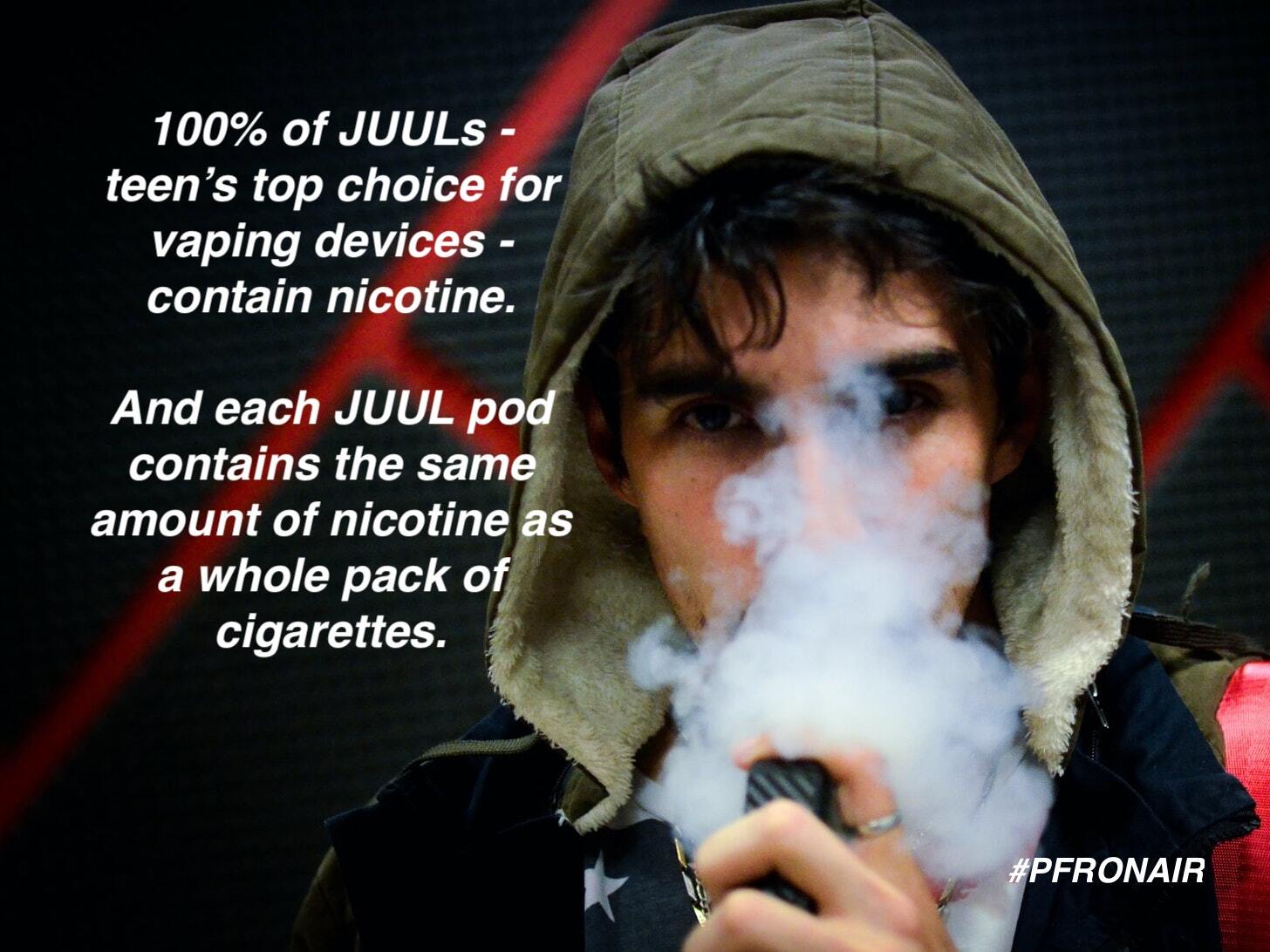 Today, we look back at an earlier show that addresses an issue that has been in the news. Adrian and Ethan talk about rise in teen vaping. Educators and U.S. health officials say teenage use of e-cigarette has reached "epidemic" levels.

Last year, the Food and Drug Administration (FDA) commissioner, Dr. Scott Gottlieb, declared e-cigarette use an epidemic among teens and gave manufacturers two months to come up with a plan for discouraging teen use of vaping products, and threatened to ban all flavored vaping products. The American Academy of Pediatrics is equally worried and urges the FDA to do more.

Teens are especially drawn to Juul because the device, which resembles a computer flash drive — and can fit in the palm of the hand. When the device runs out of power, you can insert it into your computer via a USB charger for a reboot. Unlike most other vaping devices that stream clouds of scented vapor, Juul emits short puffs that quickly dissipate. And that makes it much more difficult to detect in classrooms. Students are using it in bathrooms, the library and under their desk in class. The problem has become so big in some schools that USB drives have been banned.

Dr. Kirsten Hawkins, a pediatrician at Georgetown University Medical Center, says she is shocked at how quickly e-cigarettes are addicting a new generation to nicotine. “It’s rampant among our high school and middle-school-age population,” Hawkins said. Many of her patients are already addicted to nicotine, she said.

• Kids who vape are 3x more likely to smoke cigarettes a year later.

• Kids are successful in buying e-cigs online 94% of the time.

Among high school students, there was a 78% increase in e-cigarette use between 2017 and 2018, according to the Food and Drug Administration’s (FDA) National Youth Tobacco Survey.

As of Sept. 10, there have been six confirmed deaths and over 450 possible cases of lung illness in 33 states associated with e-cigarette products, according to the Centers for Disease Control and Prevention (CDC). Many of the cases involve teens.