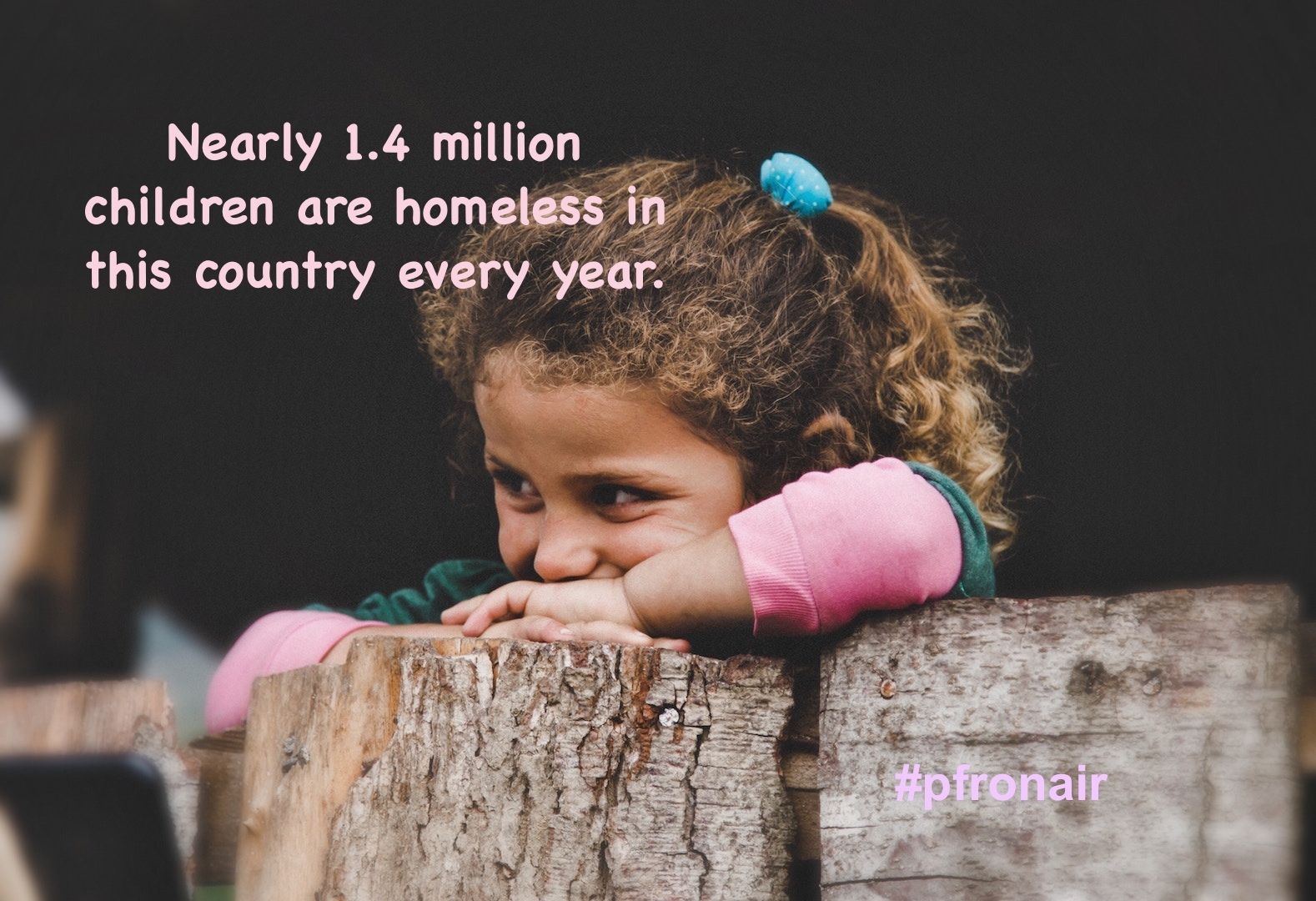 We are joined in the studio by Yuri Lowenthal and Tara Platt. This week our show takes us to the Children's Restoration Network in Atlanta, Georgia.

According to federal law, homeless children include those who lack a fixed, regular and adequate nighttime residence. Although some students will volunteer their personal information, many homeless students will make oblique references to where they are staying. A new report has brought to the surface, once again, the egregious situation of homelessness in America, especially among public school students.

Estimates show that nearly 1.4 million children are homeless in this country every year.

It is important to note that this number is an underestimate of the problem, because not all school districts reported data to the U.S. Department of Education, and because the data collected represents only those children identified and enrolled in school. Finally, the number does not include all preschool-age children, or any infants and toddlers.

One can often tell students are homeless through changes in their habits and appearance, such as increased sleepiness; wearing the same clothes frequently or other personal care issues; a decreasing quality of school work; and most often, increased absences from school. Homeless students are of every race and cultural background. Ninety percent of homeless families are single-parent families that are typically headed by the mother. The characteristics of homeless students are similar to other students living in poverty with the difference being that they do not have consistent housing.

Across the country, downtown homeless shelters are caught in a perfect storm. Property values throughout America’s urban cores are rising, making the work of sheltering the disadvantaged less sustainable and desirable downtown, even as displacement adds to their ranks. Plus, scarce federal dollars for supporting the homeless are increasingly directed toward programs that provide housing for the chronically homeless—which is great, and a big success, but not so helpful for families who are struggling with a sudden crisis that has put them on the streets.

Meanwhile, the nation’s opioid crisis is rapidly changing the face of those living in homelessness, affecting a growing number of suburban and rural victims. Still, this population too often ends up in the city, turning to downtown shelters to meet their needs—especially those shelters that do not require sobriety as a prerequisite. The strain is showing.

On today’s show we talk with Cliff Kinsey and Jim Cox, Co-Founders of Children’s Restoration Network in Atlanta, Georgia.

According to Metro Atlanta Task Force for the Homeless, Atlanta is the poorest city in the U.S. for children - more children in Atlanta live in poverty than in any other city.  The fastest growing group of homeless people is children under 9 years of age.  Children ages 6-17 living in female-headed families with no spouse present have a poverty rate of 44.9%.

Founded in 1993, Children's Restoration Network (CRN) focuses on the plight of homeless children in the Atlanta community. In addition to meeting basic needs, CRN conducts special events to provide a broad range of positive experiences for the children and their mothers to promote healthy and happy community interaction.

During its productive twenty-year history, CRN has dedicated its efforts to fulfilling its mission and vision statements working with 134 shelters and group homes throughout metro-Atlanta, serving over 3,000 children each day. While children are their main focus, they also realize that assisting the mother is usually the best way to help the child. Programs are therefore directed towards both children and their mothers to ease their transition through homelessness. Education is CRN's main focus.

They provide new book bags filled with school supplies, do one on one weekly mentoring during the school year, and award New Hope Scholarships to deserving students.

During our Peace Fund Hero of the Week segment, Kimberly O'Keefe and Chad Hawthorne talk about the impact of the recent hurricanes on the children in the affected areas and The Peace Fund's #HELPHURRICANEKIDS initiative.