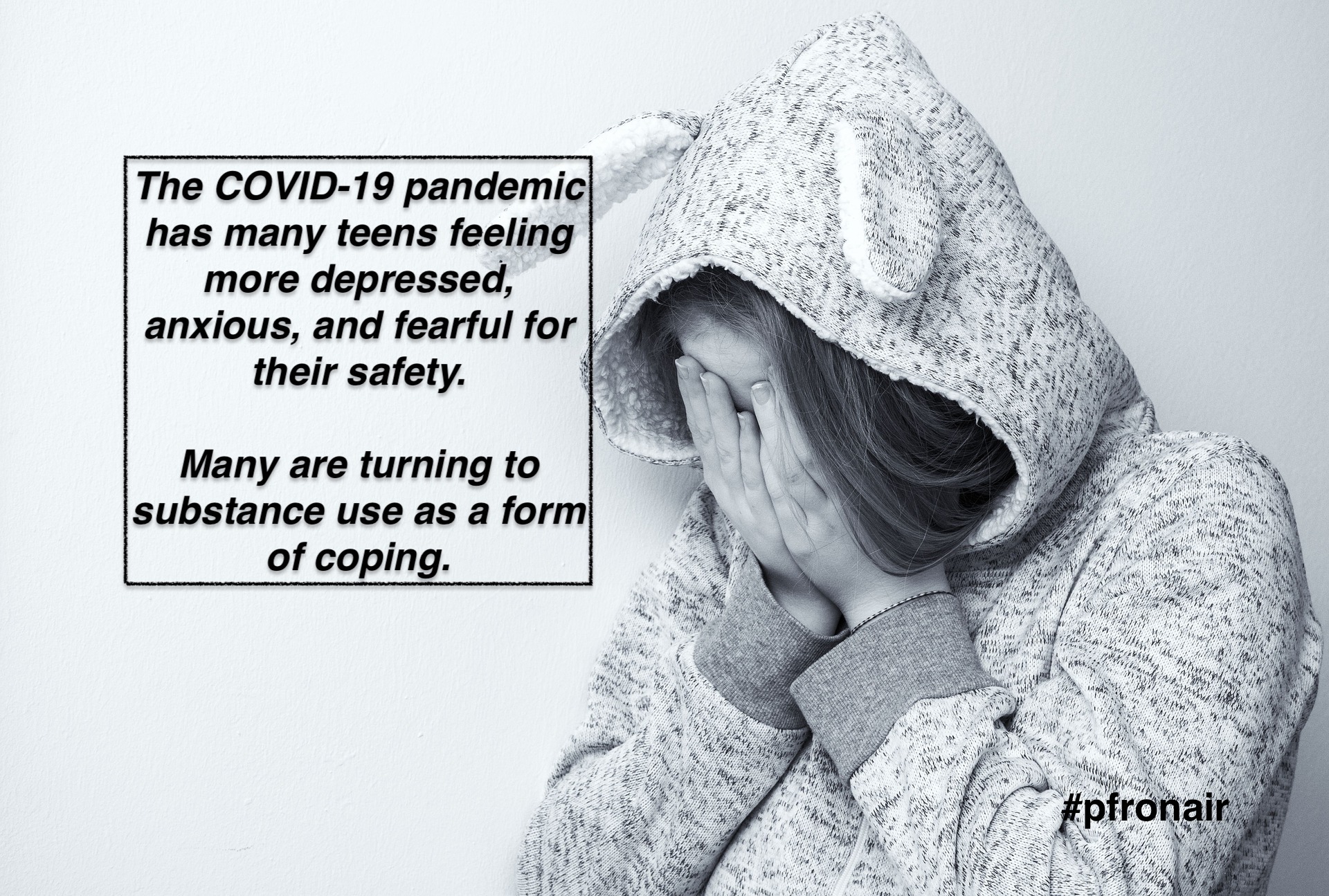 Today Adrian and Ethan talk about substance use and abuse among teens and the link with mental health issues.

This Week is Red Ribbon Week

Red Ribbon Week takes place each year from October 23 through 31st and inspires kids to be Drug-Free.

Developed by the National Family Partnership, this is the largest drug-abuse prevention campaign in the nation and has been devoted to the well-being of our children since 1985. Today, the Red Ribbon serves as a catalyst to mobilize communities to educate youth and encourage participation in drug prevention activities.

This epidemic spreads without regard to economic, racial, geographic, educational, religious or family boundaries. No child is immune from the drug epidemic. These “drugs” include any potentially harmful substance — tobacco, alcohol, prescription medications or illegal drugs. 50% of teenagers have misused a drug at least once in their lifetime. Prescription drug abuse is the fastest-growing drug problem in the United States.

The pandemic has taken a toll on our mental health. In a recent study of about 1,500 teenagers, 7 out of 10 kids reported that they were struggling with their mental health in some way. Teenagers’ lives have been completely uprooted by the pandemic.

Social isolation, overexposure to family members who may be unsupportive or even abusive, lack of athletics and other healthy outlets, broken ties to school and community supports, and severe restrictions on the much-needed freedom – all of this is taking a toll on teen mental health. Many are turning to substance use as a form of coping.

Max Woosey from Devon, England has spent the past 200 plus nights sleeping in a tent in memory of a neighbor named Rick, who died of cancer in February at the age of 74. Max is raising money for the North Devon Hospice because they looked after his friend Rick and enabled him to pass peacefully at home with those closest to him. With most fundraising events cancelled due to the pandemic restrictions, the hospice is missing out on vital funds.

Max told reporters” I have been camping out since 29th March 2020 and am going to try and do a year. My friend Rick gave me his tent before he died and made me promise to have an adventure so that’s what I’m doing.”

"I can’t believe the donations that have come in from around the world. It’s made me even more determined to camp out for longer and raise even more money for the hospice.” -Max

Initially, Max hoped to raise £100 for the charity but his amazing commitment to the cause drew international attention, including a story on America’s CBS news network, and this has seen donations pouring in from far and wide…raising over £79,000 (over $103,000).