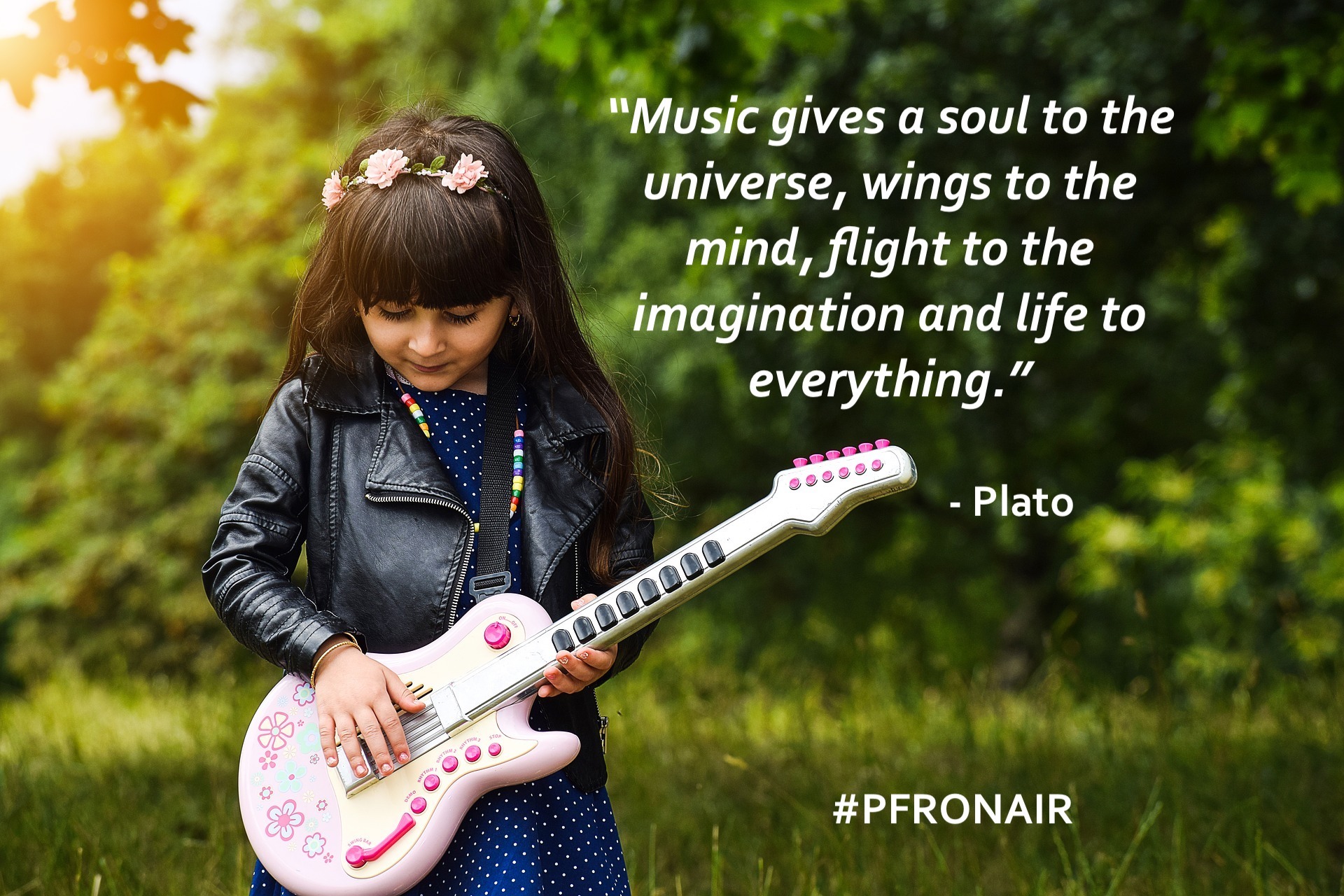 On today's show, we talk with Chris Monroe from the Atlanta based nonprofit The Gift of Music.  Later Bruce Gale brings us an interview with an earlier Kid Hero, Taylor Moxey.

Plato once said that music “is a more potent instrument than any other for education”. He may have been on to something.  Many teachers of young children would agree with him. Numerous studies have found that music uses both sides of the brain, a fact that makes it valuable in all areas of development. Music affects the growth of a child’s brain academically, emotionally, physically and spiritually.

For decades, music was an important part of the school day for each and every child in America.  Today, the shift towards cutting funds for music programs in schools is an alarming one. While sports programs are rarely touched, music and arts are often the first to go.

According to the U.S. Department of Education, almost 6 million elementary students – with an overwhelming majority in our highest poverty schools- have no art or music classes. While wealthier school districts can compensate for budget cuts that reduce or eliminate music programs with private funding, low-income school districts cannot, so the kids who might benefit most from music education are often the least likely to get it.

What scientists are finding, is that music instruction not only improves children’s communication skills, attention, and memory, but that it may even help to close the academic gap between low-income students and their more affluent peers.

And this brings us to this week's highlighted charity, The Gift of Music...

The Gift of Music Foundation is a 501(c)(3) non-profit organization dedicated to creating greater accessibility to music programs, instruments, teachers and the overall benefits of music education in the Greater Atlanta area. @thegiftofmusicinc

Founded in 2015 as a response to an ongoing nationwide decline of funding and lack of prioritization for music education, the organization is diligently working to return music to the country’s at-risk youths by forming critical partnerships with music teachers, public schools and organizations to reinforce our core value: Because music matters!

Bev had the opportunity to sit down and talk with Chris Monroe, Founder and Executive Director.

Next, Adrian and Ethan take a look at the growing problem of childhood obesity.

Thirty years ago, having an overweight child was not common. And, there was no medical terminology for the condition. But by 2008, more than 20% of children were impacted by this phenomenon we now know to be labeled “childhood overweight” and then for those with excessive body weight, “childhood obesity.”

According to the CDC, about 1 in 5 (19%) children in the United States has obesity.

Childhood obesity puts kids at risk for health problems that were once seen only in adults, like type 2 diabetes, high blood pressure, and heart disease. Children with obesity are at higher risk for having other chronic health conditions and diseases.

Although there are some genetic or hormonal causes of childhood obesity, in most cases excess weight is due to overeating and under-exercising. Children require extra calories to fuel their growth and development. But if they consume more calories than they’re burning off, the result will be unnecessary weight gain.

Miami’s 12-year old Taylor Moxey is best known as “Taylor the Chef” on social media and in the business world, where she impresses everyone with her red velvet cupcakes, cookies and brownies.  At the age of 8, she converted a $40 loan from her parents, into a bustling cupcake company with a client list today that includes NBA superstars, television celebrities and Fortune 500 companies. Taylor has shown off her skills for some of the top celebrities including Chrissy Teigen, TV chef Bobby Flay, and Chris Bosh.

Taylor launched her nonprofit, The Taylor Moxey Foundation because she wants to encourage kids to read. She also was inspired by her father, who has dyslexia. @taylormoxeyfoundation

Her first library, the Taylor Moxey Library, was built in 2015 from a small lawn trailer and is in Andros, Bahamas. She got the idea after spending a summer there with her parents and realizing there wasn’t a library for kids.  Last year she added a mini-library in Miami using a former shipping container painted bright orange - extremely kid friendly and inviting.