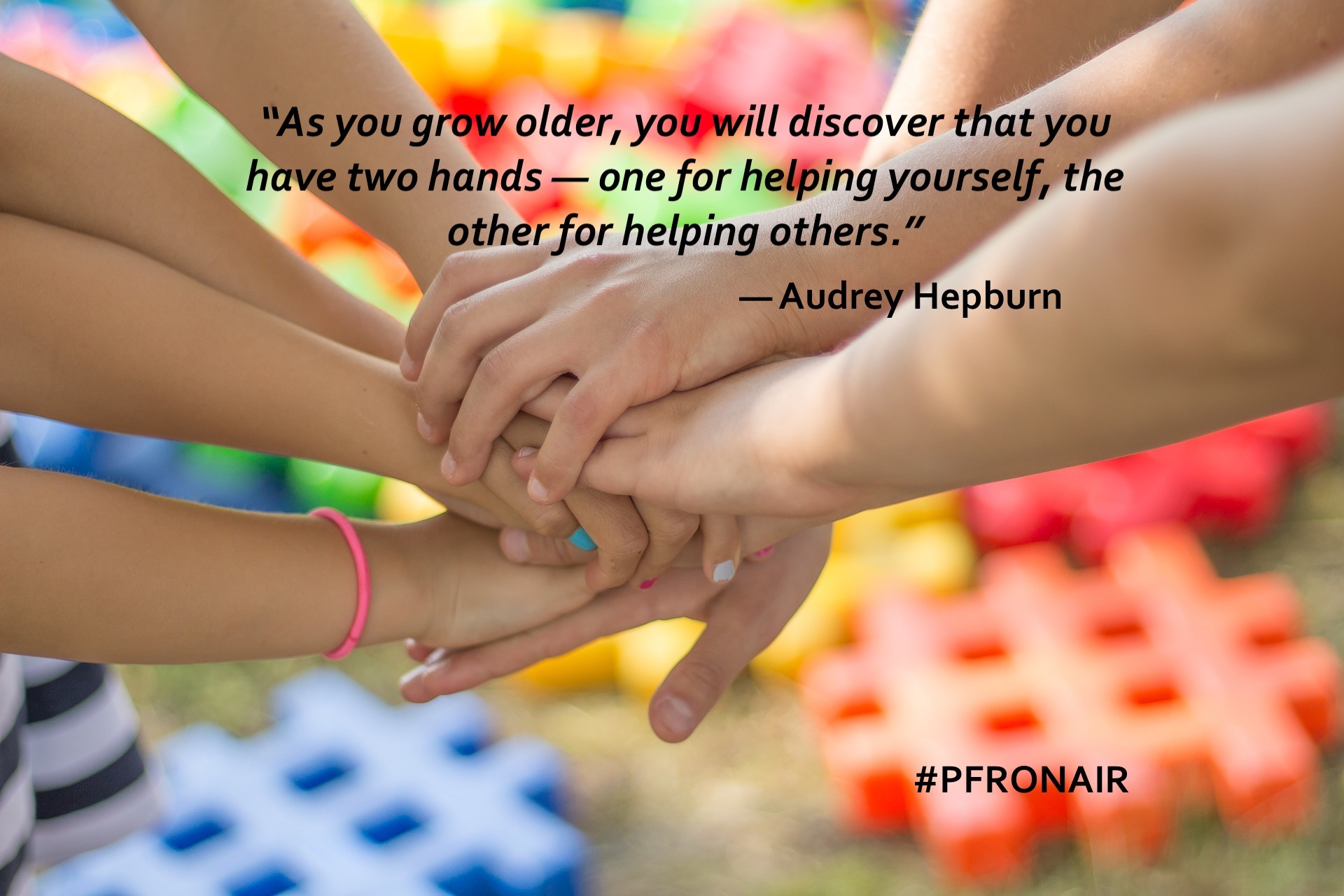 On today's show, we listen in to Part 2 of our interview with Dr. Nancia Leath and her daughter, Gracelyn, from the Atlanta nonprofit, TeenHOP.  Later in the episode, Bruce Gale talks with our earlier Kid Hero, 13-year-old Miguel Coppedge.

Volunteers are the backbone of most nonprofit organizations around the world.  Many nonprofits would not be able to effectively achieve their missions without a team of volunteers assisting them to reach their goals.

The nonprofit sector has a tremendous impact in all of our lives.  Just think about some of these everyday things we take granted that are made possible because of volunteers.

These volunteers deliver critical services—from serving as volunteer fire fighters or participating in search and rescue, to delivering meals to homebound seniors or homeless youth, to manning the phone lines at domestic violence and sexual assault centers.

As we've learned from many of the charities we've talked to on our show, they rely on volunteers to tutor, teach, mentor, coach, and support young people with everything from math homework to dealing with personal crises to organized sports.

The 2018 Volunteering in America report found that Americans volunteered nearly 6.9 billion hours, worth an estimated $167 billion in economic value.

This brings us to the second half of our interview with TeenHOP...

The mission of Teen HOP is to empower and aid youth (5 - 17) and adults to volunteer in their communities, encourage members to train others, develop leadership skills, promote healthy habits, and create mentoring/mentee relationships, which will lead to productive and positive citizens.

Gracelyn Leath was 13 years old and Brooke Leath was 12 years old when they co-founded TeenHOP with the help of their mother, Dr. Nancia Leath.  Gracelyn and Brooke now travel and do presentations to encourage youth to volunteer in their communities.  TeenHOP is a Certifying Organization for the President's Volunteer Service Awards Program.

Bev had the opportunity to talk with Gracelyn and Dr. Nancia Leath about their organization and the importance of youth volunteering in their community.  We heard the first part of that interview in last week's show and we wrap it up today.

California's wildfires have forced hundreds of thousands of people from their homes as firefighters battle historically dire conditions.

Some experts suggest that these devastating wildfires are California’s “new normal,” but that doesn’t make them any less destructive or difficult for individuals and communities affected by them. It used to be called “fire season” in California. “We’re now calling it a fire year,” said Robert Baird, a regional director at the U.S. Forest Service.

Today we bring you some wildfire safety tips from the Red Cross to keep your family safe.

Miguel Coppedge is a 13-year-old boy who lives in Washington D.C.  He was in a foster home from the time he was 5 days old until Yolanda adopted him at the age of 2.

Yolanda read to him and taught him how to be a motivated, community-minded, and positive young man.  By the time he was 10, he had published three books and became a filmmaker, speaker, philanthropist, and app developer. He has received numerous awards for his achievements. Miguel uses his books to give back and make a difference in the world. A portion of proceeds from his books sales go to St. Ann’s Children’s, Youth, and Families Center because he was once an infant there as a foster child before he was adopted.  @miguelcoppedge

Bruce Gale brings us an interview our past Kid Hero, Miguel Coppedge.