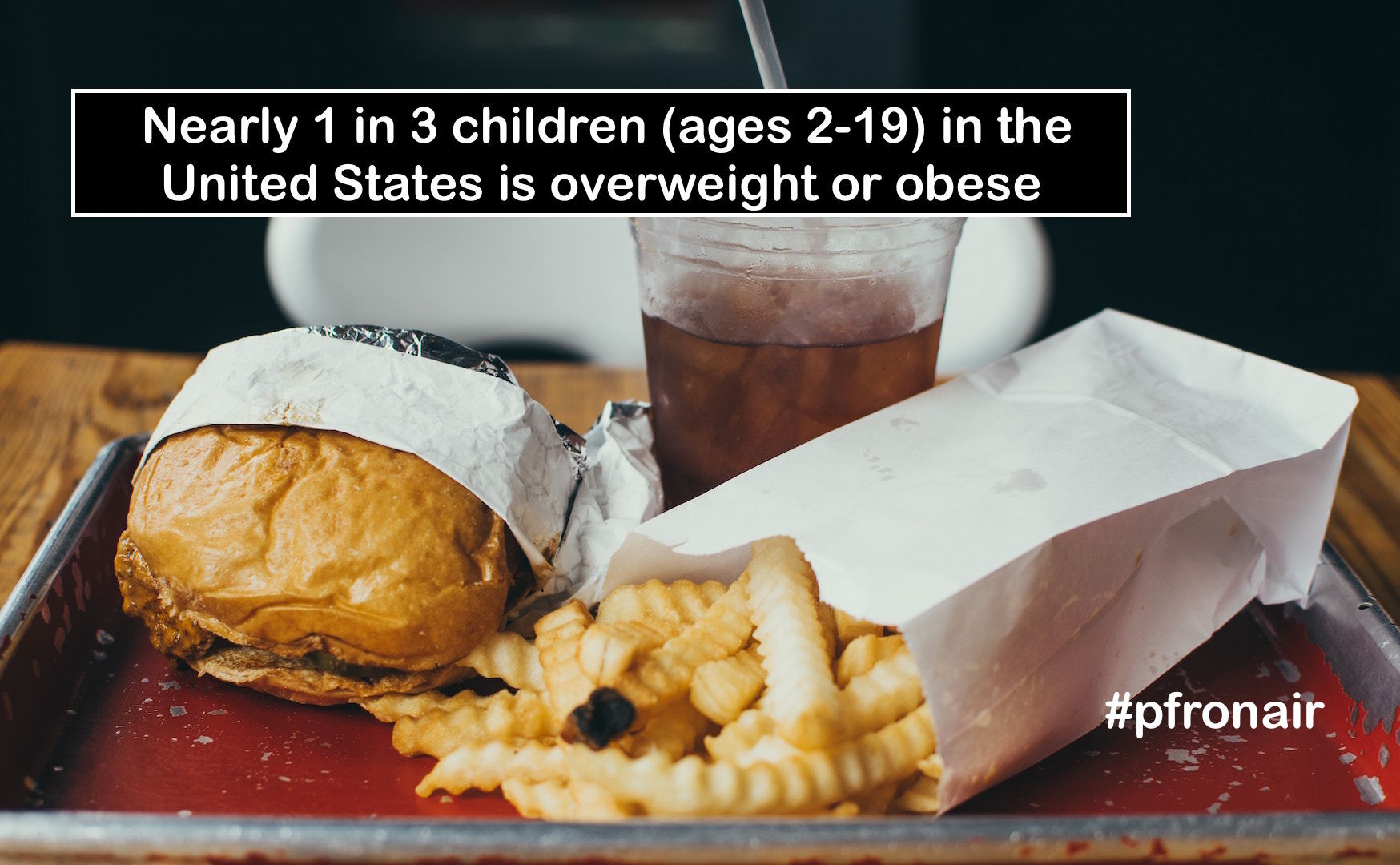 On today's show we visit with Ashley Keyes, the Executive Chef of CHOICES (Center Helping Obesity In Children End Successfully), a nonprofit in Atlanta.  Later in the show Kimberly and Chad bring us our Hero of the Week segment.

Thirty years ago, having an overweight child was a challenge for a few. And, there was no medical terminology for the condition. By 2008, more than 20% of children were impacted by this phenomenon of the “energy in: energy out imbalance” we now know to be labeled “childhood overweight” and then for those with excessive body weight, “childhood obesity.”

Today, 1 in 3 children and adolescents, ages 2-19, are overweight or obese - triple the rate from just one generation ago. The national childhood obesity rate is 18.5 percent.

The 2016 National Survey of Children's Health (NSCH) found combined overweight and obesity rates for children and teens ages 10 to 17 ranged from a low of 19.2 percent in Utah to a high of 37.7 percent in Tennessee.  Nine of the 11 states with the highest obesity rates are in the South and of these 10 states, 9 of them rank among the nation’s poorest.

Although there are some genetic or hormonal causes of childhood obesity, in most cases excess weight is due to overeating and under-exercising. Children require extra calories to fuel their growth and development; if they taken in the appropriate amount of calories, they should add pounds in proportion to their growth. But if they consume more calories than they’re burning off, the result will be unnecessary weight gain.

Unhealthy lunch options and regular consumption of high-calorie foods, like fast food, cookies and other baked goods, soda, candy, chips and vending machine snacks contribute to weight gain. Snacking is another major culprit: new research shows that American children are snacking more than ever before -- sometimes almost continuously throughout the day -- accounting for up to 27% of their daily caloric intake.

Computers, television, and video games conspire to keep kids inside and sedentary, which means they burn fewer calories and are more likely to gain weight. Concerns about the safety of outside play and a reliance on cars instead of walking – even to the corner store – don’t help matters. By preschool age, many kids are already lacking enough activity, which often translates into poor exercise habits later in life.

Children from low-income backgrounds are at increased risk for childhood obesity since low-income parents may lack the time and resources necessary to purchase and prepare healthy foods (versus fast food, which is cheaper and more readily available in low-income communities), join a gym or otherwise encourage physical activity. Because safety is a big issue in poorer communities, playing outdoors may not be a viable option.

CHOICES, The Center Helping Obesity in Children End Successfully, is a grassroots organization in Atlanta that was formed in April 2002 to join the fight against the deadly epidemic of childhood obesity. The Center aims to spread awareness of this critical issue and significantly reduce the presence of childhood obesity in our communities.

In this day of medical marvels, we as yet have no cure for obesity, but we do have the ability to make choices. America will have to choose nutrition over revenues and meal planning over instant gratification. Every community and every family will have to choose to ensure that children receive the reassurance and support they need to make lifelong choices for a happy, healthier life.
Their mission is to provide a parent and child resource center for the clinically diagnosed and at-risk children of obesity. The Center promotes weight management and lifestyle changes through nutrition education, peer socialization, physical activity and community involvement.

We had the opportunity to talk with Ashley Keyes, the Executive Chef of CHOICES.

First up in our Hero of the Week segment, Kimberly tells us about Amiah VanHill from Hayden Meadows Elementary School in Ohio, who has taken it upon herself (with a little help from her Mom) to start her “Lemonade for Lunch” stand to help less fortunate children in her community.  It is her intention to sell lemonade, in conjunction with money raised on her GoFundMe page, and use the funds to pay off the school lunch debts in her School District.

Amiah said she was “inspired to raise money for the cause after she read a story about John Lew, a Seattle dad who raised $50,000 for his state’s lunch debts”.

Next up, Chad brings us the story of 11 year old Gitanjali Rao from Lone Tree, CO who was just named America’s Top Young Scientist for her simple and cost-effective device that can detect lead in water. Gitanjali won the award from the “Discovery Education 3M Young Scientist Challenge last month. In this competition, students from grades 5-8 are invited to create a 1 to 2 minute video describing a new, innovative solution to solve everyday problems. Rao’s winning solution dealt with making it quick, easy and affordable to detect harmful amounts of lead in household water instantly. She developed a device she calls the Tethys device which she named after the Greek god of clean water.

She spotted the need for families to quickly determine the amount of lead in their water when she watched her parents test their own water for lead following the Flint MI water crisis.  She learned there are really only two methods for testing water which are often expensive and time consuming.  So she put her mind to the problem and developed a portable device that uses nanotubes to quickly test water for lead. If that wasn’t enough, she paired that with an app for your phone that displays the results immediately via Bluetooth.

And finally, Kimberly shares the story  of an 8-Year-old who helps buy a new wheelchair for his best buddy when insurance fails. So, these two boys are best friends and the one, Paul, simply wanted to help make life easier for his friend, Kamden.  Kamden is a paraplegic; he was born with a massive tumor embedded in his spine leaving him paralyzed.  His monetary goal on GoFundMe page was $3,900 to cover the cost of the new, lighter, aerodynamic wheelchair.  He raised $6,490 in less than three months.

Kamden had another surgery on deck and is currently recovering that challenge. The extra money from the campaign helped to cover the surgery costs as well. Kamden is still currently in a demo wheelchair, as his wheelchair construction is facing delays; some of the parts needed to build it come from Texas and the aftermath from the recent hurricane has put a bit of a wrench in the works. It is on it’s way though.