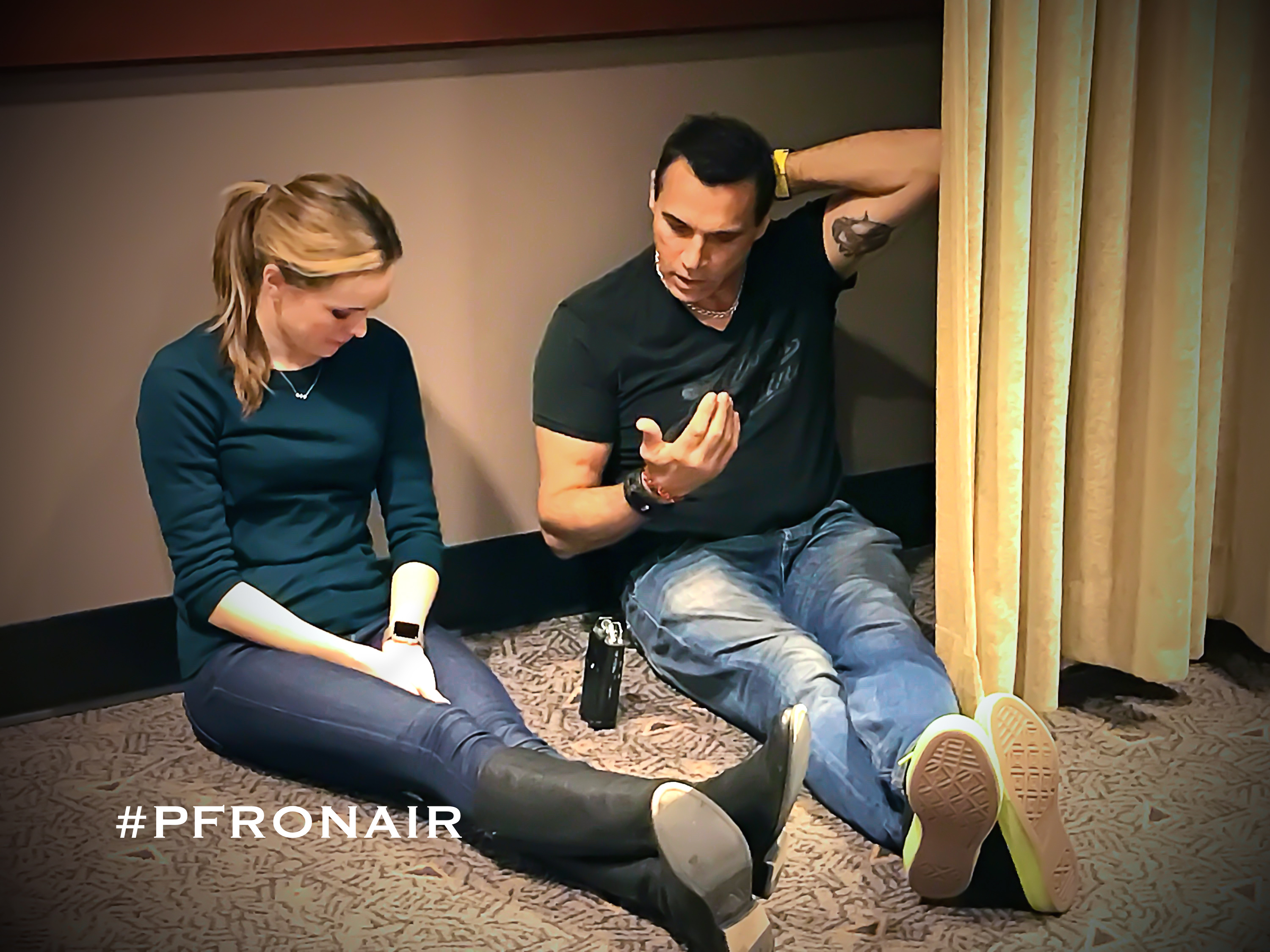 Adrian and Ethan are joined in the studio today by Erin Fitzgerald and Mark Amato. We also bring you an interviews with Rolinda Sample from the Boys & Girls Club of Cheyenne and actress Danielle Panabaker.

We are joined in the studio today by our guests Erin Fitzgerald and Mark Amato.

Actress/Director Erin Fitzgerald was born in Victoria British Columbia.  Erin started exploring characters and acting when she was only 3...she would perform for her best friend next door Mrs. Proudfoot, who was 90 years old at the time.  Erin would perform entire films that she had seen on Sunday evening television while Mrs. Proudfoot would sit patiently through each production with tea and cookies as though riveted. This only encouraged Erin to pursue performance everywhere she could, studying drama and theater.  She graduated from the University of Victoria's Phoenix Theater's acting program.   Erin provides voice-overs for a number of cartoons, video games and English language dubs of Japanese anime.  She is best known for Ask the StoryBots, Popples, Ever After High, World of Warcraft (video game), and many others.  Ask The Storybots has recently been nominated for 6 Daytime Emmys.

Actor/Writer Mark Amato was born in New Jersey.  He got his start writing jokes for Dennis Miller as well as articles for such publications as Spy Magazine. With stints including Home Improvement, Maggie Winters and Grown Ups, Mark has written multiple episodes of Extreme Ghostbusters, Tripping the Rift, Mutant X and Men in Black. Mark’s other writing credits include Hallmark's A Christmas Detour, For Love & Honor, Mariah Carey's Merriest, Looks Like Christmas, Suite Life on Deck and many others.

While in Cheyenne, Wyoming earlier this month, Adrian had the opportunity to visit with Rolinda Sample, the Chief Professional Officer of the Boys & Girls Club of Cheyenne.

The Boys & Girls Club of Cheyenne serves children age 6-18 out of their Clubhouse in South Cheyenne. Their mission is to is to inspire and enable all young people, especially those who need them the most, to realize their full potential as productive, responsible and caring citizens.

They are passionate about GREAT futures! From comprehensive and thought provoking programs to inspiring mentors in a supportive environment, it is their priority to help provide the resources, opportunities and encouragement needed to cultivate greatness in the future of our kids.

Here is what some of the kids have to say about their Club:

“The club made me better at things I wasn’t good at, like art & photography.” – Alexis

“I received a scholarship and help getting prepared for college.” – Elissa

“I’ve learned how to think for myself and use my voice. ” - Cassidy

“The club gives me hope for a brighter future.” – Michael

“I come here for the artist escape.” - Tori

Adrian met our next guest, Danielle Panabaker, while in Calgary last month.  Many of you know Danielle for her work as Caitlin Snow in the TV series, The Flash.  Some of her other credits include Legends of Tomorrow, Arrow, Justified, Necessary Roughness, Friday the 13th, Sky High and many others.

Danielle was born in Augusta, Georgia. She started acting at a summer camp, before joining community theater productions when she was 10-years-old. Like her character, Danielle is focused, driven, and caring. She completed high school at the age of fourteen and graduated as valedictorian. In 2007, she completed her English degree at UCLA.

When she isn’t acting, Danielle spends her time volunteering at the Art of Elysium. Their mission is to enrich the lives of artists and critically ill children. And, it’s a program she passionately supports. @dpanabaker

This week's Peace Fund Hero of the Week is Sarah (Katie) Eder, 17, of Shorewood, Wisconsin.  Katie, a junior at Shorewood High School, developed a creative writing workshop for children in need that is now being taught by 120 teens in seven states and five other countries. Three years ago, Katie took a writing workshop that “changed my life,” she said. It occurred to her that many kids, particularly those in underserved communities, have few opportunities to write creatively. “I knew I could either sit back and do nothing, or find a way for more kids to find their voice through writing,” Katie said. So she decided to create “Kids Tales”.

Kids Tales is a non-profit founded by a kid for kids. It brings writing workshops to kids who don't typically get writing experiences outside of school, boosting reading and writing skills, and promoting creativity.

Katie was recently recognized for her volunteer efforts through the Prudential Spirit of Community Awards, a nationwide program honoring young people for outstanding acts of volunteerism.