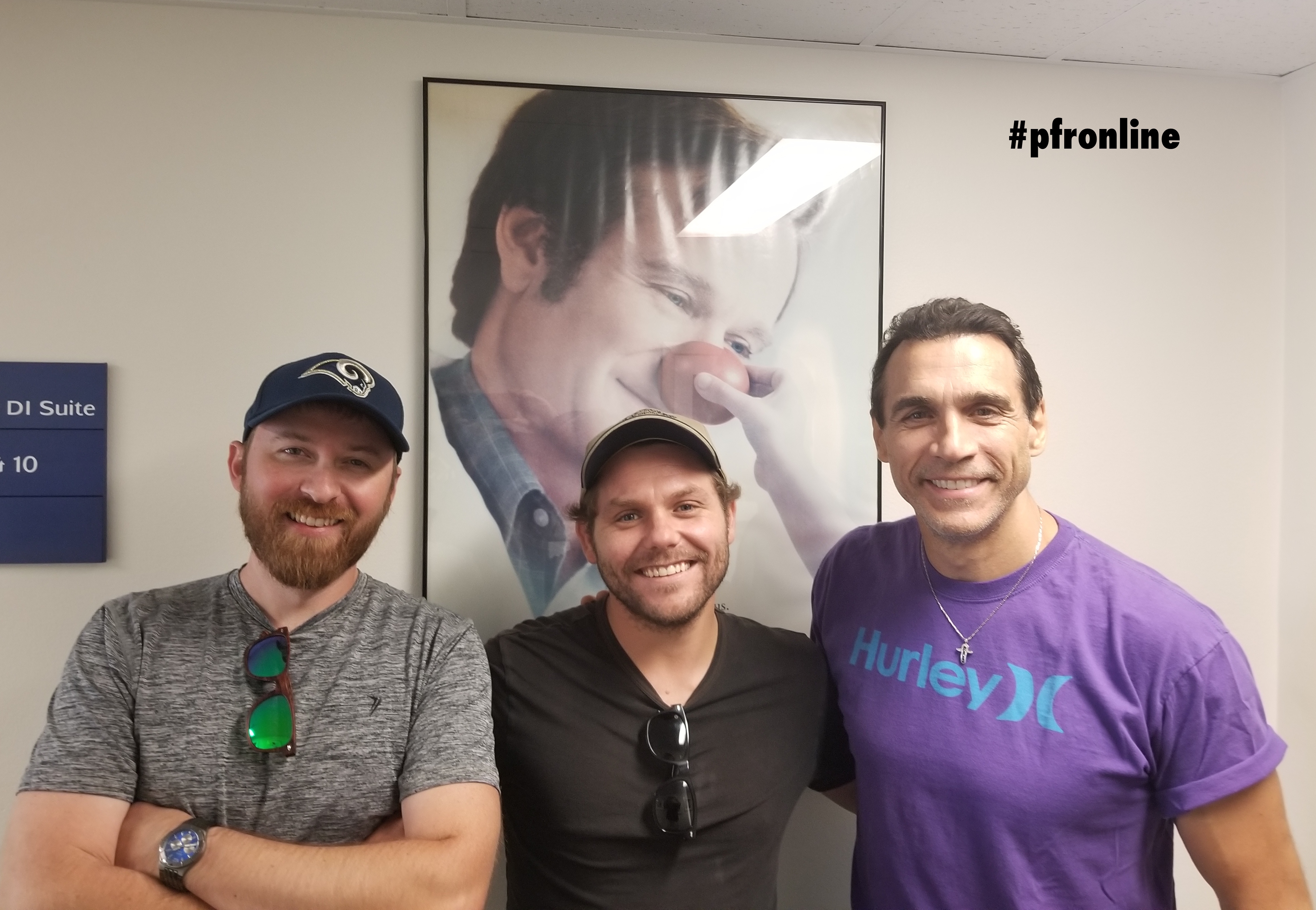 On today's show, Jason Richter and Dustin Burford join Adrian and Ethan in the studio.  Adrian chats with Natasha Bayus, the Education Director of School on Wheels, a nonprofit in Los Angeles working to bring educational opportunities to homeless children.  Later Bruce Gale brings us an interview with our Kid Hero, 14-year old Campbell Remess from Australia.

Most of you know Jason Richter from his work as Jesse in the "Free Willy" franchise. Dustin Burford hosts the Brigade Radio One show, "Richter Scale".

Thursday, May 24 is Red Nose Day...ending childhood poverty one nose at a time.  #RedNoseDay

As the big day approaches, people all across America will buy Red Noses at Walgreens and go Nose to Nose to raise awareness and funds to help children in need. On May 24th, we'll come together to wear our Red Noses and tune into NBC for a special night of prime-time programming celebrating Red Nose Day.

Child poverty is more than a lack of resources or money. It’s hunger. It’s the inability to get an education or healthcare. It’s being marginalized within one’s own community.  While the problem of child poverty may seem too big to solve, something astonishing happens when you reach a child at a critical time. Small interventions change the course of that child’s life.

Simple yet powerful, visible and playful, the Red Nose has always been the symbol. It brings us together, breaks down barriers, and reminds us of the power of laughter. We challenge all of our listeners to stop by Walgreens and get your red nose!

Here in California, as housing costs continue to soar, more and more children are suffering the severest of consequences: No place to call home.

Since 2014, the number of homeless children in California has jumped 20 percent. In the most recently released data, 202,329 young people are living in cars, motels, shelters, on the street or in crowded homes shared with other families. That’s over 3 percent of the enrolled K-12 students, more than twice the national rate, but the actual numbers are almost certainly higher.

In school, these homeless children face daunting challenges and require social services and academic help perhaps more than any other subgroup. Faced with extreme poverty, stress and exhaustion, these children are far more likely to struggle academically and drop out of school than their peers.

And this brings us to today's charity, School on Wheels...

School on Wheels, a nonprofit in Los Angeles, works to enhance educational opportunities for homeless children from kindergarten through twelfth grade. Their goal is to shrink the gaps in their education and provide them with the highest level of education possible. Their program serves as a consistent support system to homeless students at a time of great stress and fear, letting these children know that they are cared about and important.  @SchoolOnWheelsinc

The organization was founded in 1993 by retired schoolteacher Agnes Stevens who understood the importance of education to homeless students - and the unique challenges they face. They are the only organization in Southern California dedicated exclusively to the educational needs of this fragile population.

One-on-one tutoring is the cornerstone of their program. School on Wheels is the only organization whose volunteers go to their students—wherever they may be—to tutor them one-on-one for one hour a week. Their goal is to provide one-on-one tutoring services to thousands of homeless children throughout Southern California.

Adrian talked with Natasha Bayus, the Education Director of School on Wheels, about the work this nonprofit is doing to help these kids.

On today’s Kid Heroes segment, Bruce Gale talks with 14-year old Campbell Remess from Australia.  Campbell is famous around the world for his crusade to brighten the lives of sick children by making teddy bears for them through his Project 365 nonprofit. He raises money by selling or auctioning off the bears for large sums of money and then sends entire families, who can't fly because of the cancer treatment they are going through, on his "Kindness Cruises" all over the world.

Campbell, affectionately known as Bumble, has become a beacon of hope and kindness around the world through his homemade teddy bear creations. He has raised over $150,000 over the last 2 years to support cancer research and to fund his family cruises.

Last December, the young Tasmanian philanthropist flew to the US to be celebrated as part of a CNN Heroes Special, alongside four other "extraordinary young people making a difference in their community".