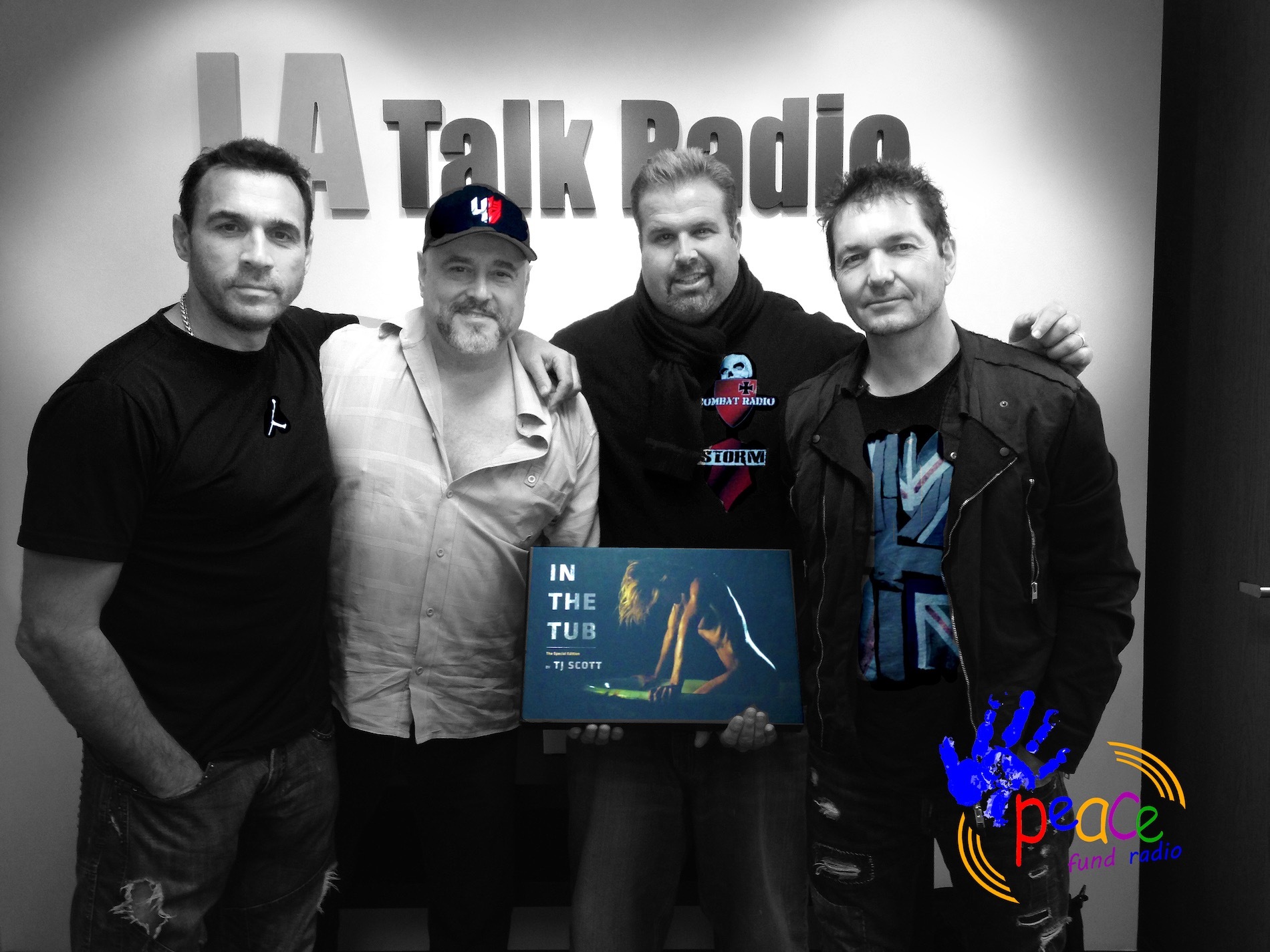 Peace Fund Radio takes to the high seas to declare a hearty "Avast!" to cancer in this action-packed episode! At the top of the hour, Peace Fund Founder Adrian Paul and our co-host Ethan Dettenmaier welcome a longtime Peace Fund Radio/Combat Radio friend, actor/writer/director/stuntman/fight choreographer extraordinaire Mark Ryan, and writer/director/photographer/producer T.J. Scott, to talk about their latest collaboration on the hit STARZ pirate series BLACK SAILS. Moved to action by his mother's battle with cancer, T.J. created a unique and stunning book of his ravishing celebrity photos called IN THE TUB... with all profits going to the battle against cancer.

Nautical doesn't get any more radical than Annaleise Carr, who called in as our very first Hero of the Week back on January 2, 2013. At the time, Annaleise had just been named 2012 Woman of the Year by the World Open Water Swimming Association for becoming the youngest person ever to swim across Lake Ontario in August 2012: 52.5 kilometers (33 miles) in 26 hours and 41 minutes, setting a new international record by being the youngest person ever to swim continuously in open water for more than 24 hours.After setting an initial goal of $30,000, Annaleise has raised more than a quarter of a million dollars for Camp Trillium in Hamilton, Ontario. Her new book about her Lake Ontario crossing, ANNALEISE CARR: HOW I CONQUERED LAKE ONTARIO TO HELP KIDS BATTLING CANCER (co-written with award-winning author and peace activist Deborah Ellis), arrives this month, and she's currently training for her next big swim. On July 25, she'll dive into Lake Erie in Erie, Pennsylvania. 75 kilometers (50 miles) later, she'll come ashore in Port Dover, Ontario, as a world record holder for swimming the greatest distance across Lake Erie. Once again she'll be swimming for the children at Camp Trillium, and she joins us again today to talk about her upcoming swim, her new website, why she chose Camp Trillium as her charity of choice, and her inspiring philosophy of how each of our actions is like a ripple of water that can touch others in ways we never dreamed.