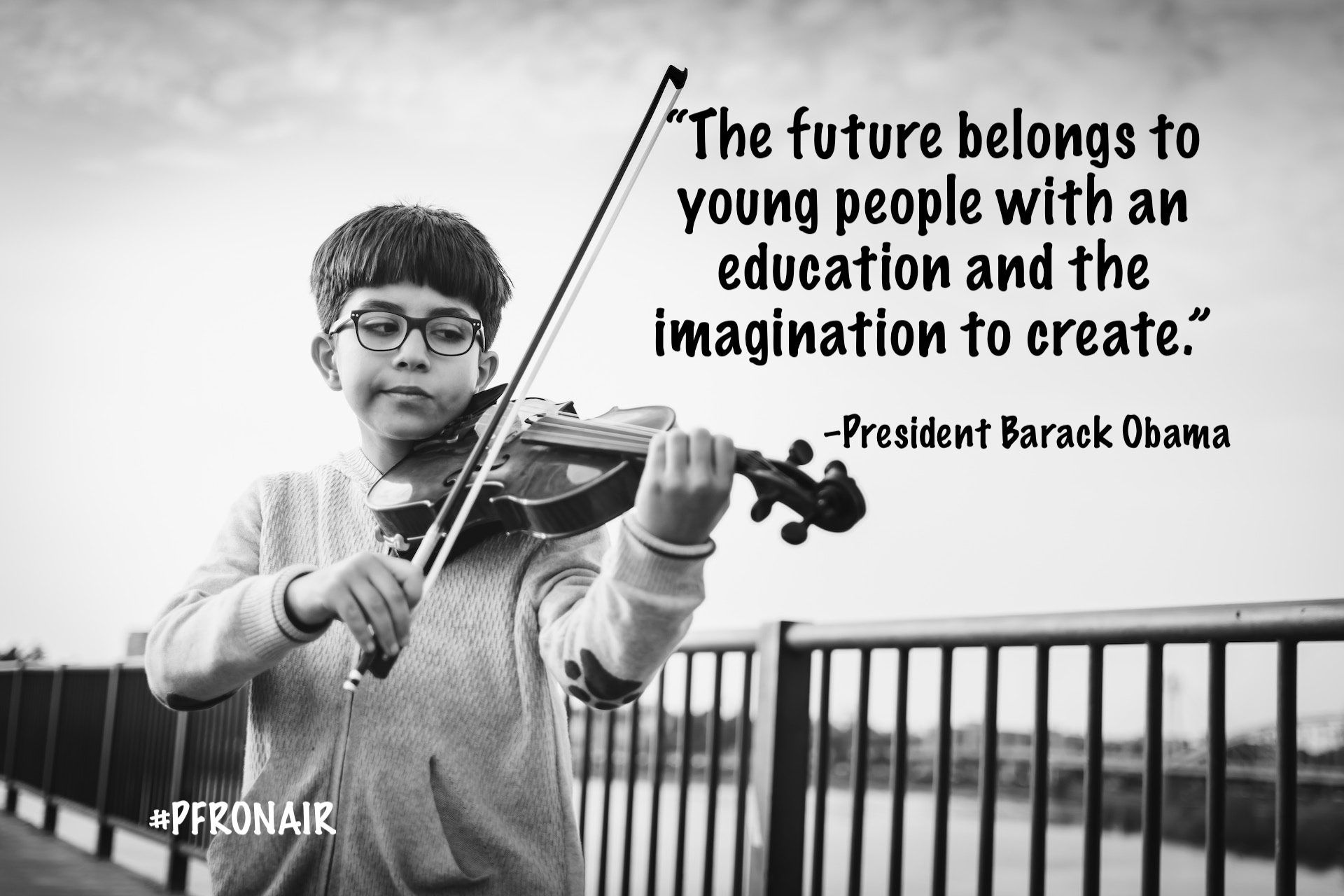 On today's show, we talk with Amy McIntosh, Executive Director of Live 2 Create, a nonprofit that works to empower at risk middle and high school youth in Metro Atlanta.  Later, Bruce Gale brings us an interview with one of our earlier Kid Heroes, Christina Li.

The arts can often provide a way for students to communicate and work through complex feelings and struggles when words alone are just not enough.  Expressive arts can refer to dance, writing, visual arts, drama, music, graphic arts and other creative avenues.

The arts can often break through barriers in an instant where using words could take years.  Children who may be having difficulties in other parts of the school curriculum may find that they can express their feelings through art.  Everyone has an imagination. Art just takes it a step further. Through art, children can create something that they only imagined.

The importance of exposing kids to art early in life is often undervalued. The benefits for at-risk youth facing issues like low self-esteem, learning disabilities, academic struggles, low self-control and mental health issues are even greater.

Children whose hearts and minds are nourished and challenged in wholesome ways – such as by art, dance, theatre and sports – are much less likely to succumb to the lure of crime.

This brings us to today’s highlighted charity, Live 2 Create…

The mission of Live2 Create is to empower and develop the wellbeing of at-risk middle and high school youth in the Greater Atlanta Community using the expressive arts and bridging the gap to adulthood with service learning opportunities. @weLive2Create

Bev had the opportunity to talk with Amy McIntosh, Executive Director.

In today’s Kid Hero segment, we look back at Christina Li.  She currently attends Stanford University and is working on the Stanford Mars Rover Team.

In 2015 she started an all-girls camp called Hello World, inspiring girls to be highly active in STEM (Science, Technology, Engineering and Mathematics) programs. Her mission is to close the gender gap between male/female students in the sciences and mechanical engineering. Christina started computer programming when she was in the 3rd grade. She also organizes field trips to places like Microsoft Tech Center and Google.

Bruce Gale brings us the interview with Christina Li.