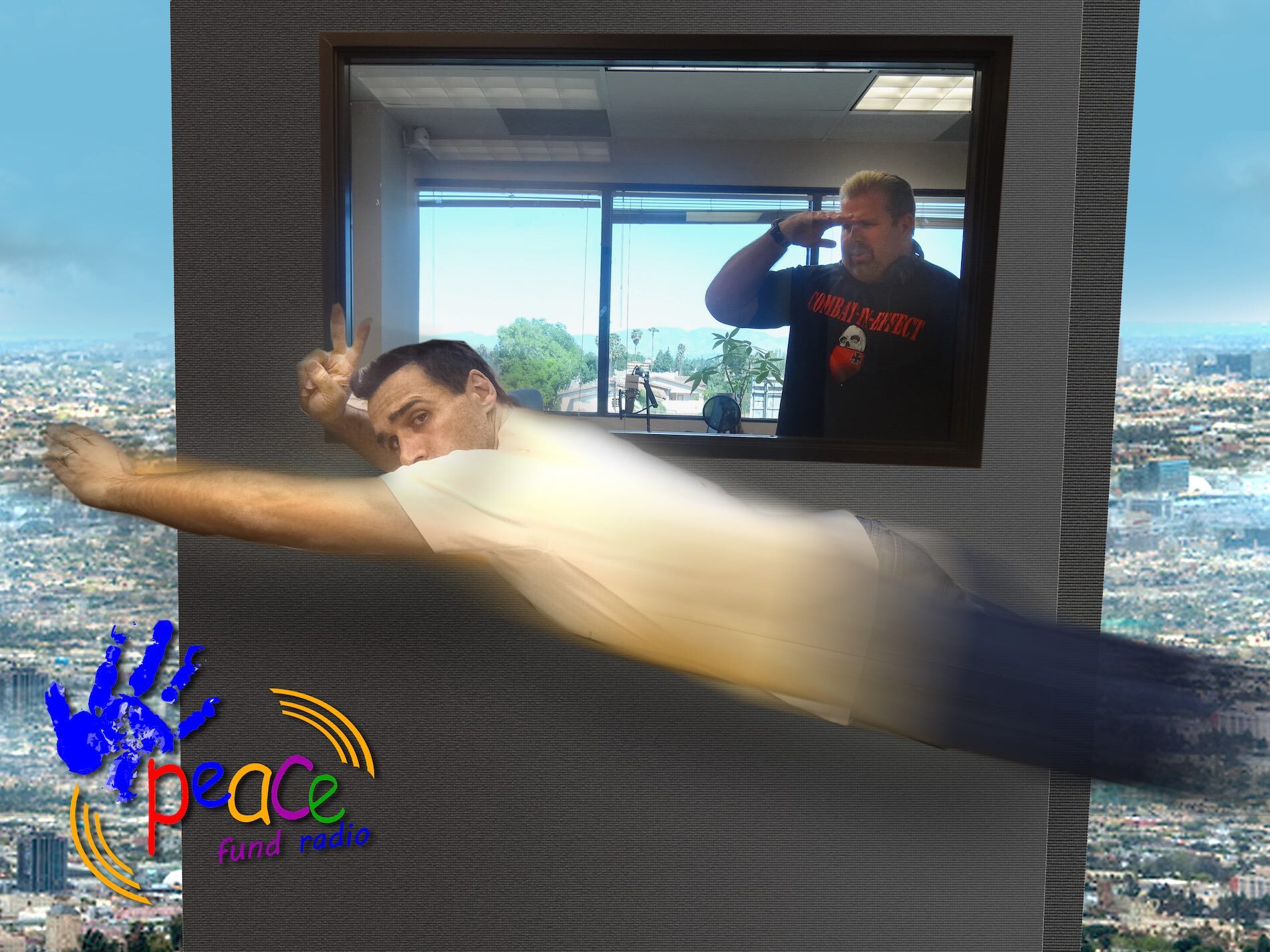 At the end of THE DARK KNIGHT RISES, Batman (Christian Bale) says to Commissioner Jim Gordon (Gary Oldman), "A hero can be anyone, even a man doing something as simple and reassuring as putting a coat around a young boy's shoulders to let him know the world hadn't ended." It's a beautiful moment in which Bruce Wayne finally lets Gordon know that even though Batman has become Gordon's hero, Gordon's kindness made him Bruce's hero first. On today's show, Adrian Paul and Ethan Dettenmaier explore that notion to examine how the superheroes of our modern mythology have sparked the hearts, imaginations and minds of the fans of all ages who follow their adventures across comic books and films.

Joining the discussion is Brett Culp, a digital filmmaker of "cinematic documentaries" about "real stories with inspirational messages" that "remind us of the beauty within our own stories and in the stories around us." Brett's latest work, LEGENDS OF THE KNIGHT, demonstrates the power of what the character of Batman stands for by telling the moving and inspiring tales of a dozen fans of all ages and challenges, from key creators to a little boy battling Leukemia to a young woman overcoming Muscular Dystrophy every day as a journalist in New York City to the businessman who traded his Lamborghini for a custom-built Batmobile he's used to visit hundreds of hospitalized children as Batman. Via his partnership with Tugg.com, Brett has organized screenings in cities around the United States with all proceeds going to charities chosen by the fans. To watch the trailer, discover news about the film or pre-order a copy, visit the film's website at WeAreBatman.com.

Imagination was key for our Hero of the Week, 12-year-old Shubham Banerjee from Santa Clara, California, who wanted to make a difference after learning that 90% of the world's 285 million visually impaired people live in developing countries. While Braille printers cost $2,000 or more, which makes them impossible to afford for most of the people who need them, Shubham made his own working version from a Lego kit and a thumbtack. He calls it "Braigo," for "Braille + Lego," and you can see all of his latest research (and read his selfless philosophy of keeping the technology free and open-source) at the Braigo Printer Facebook Page.