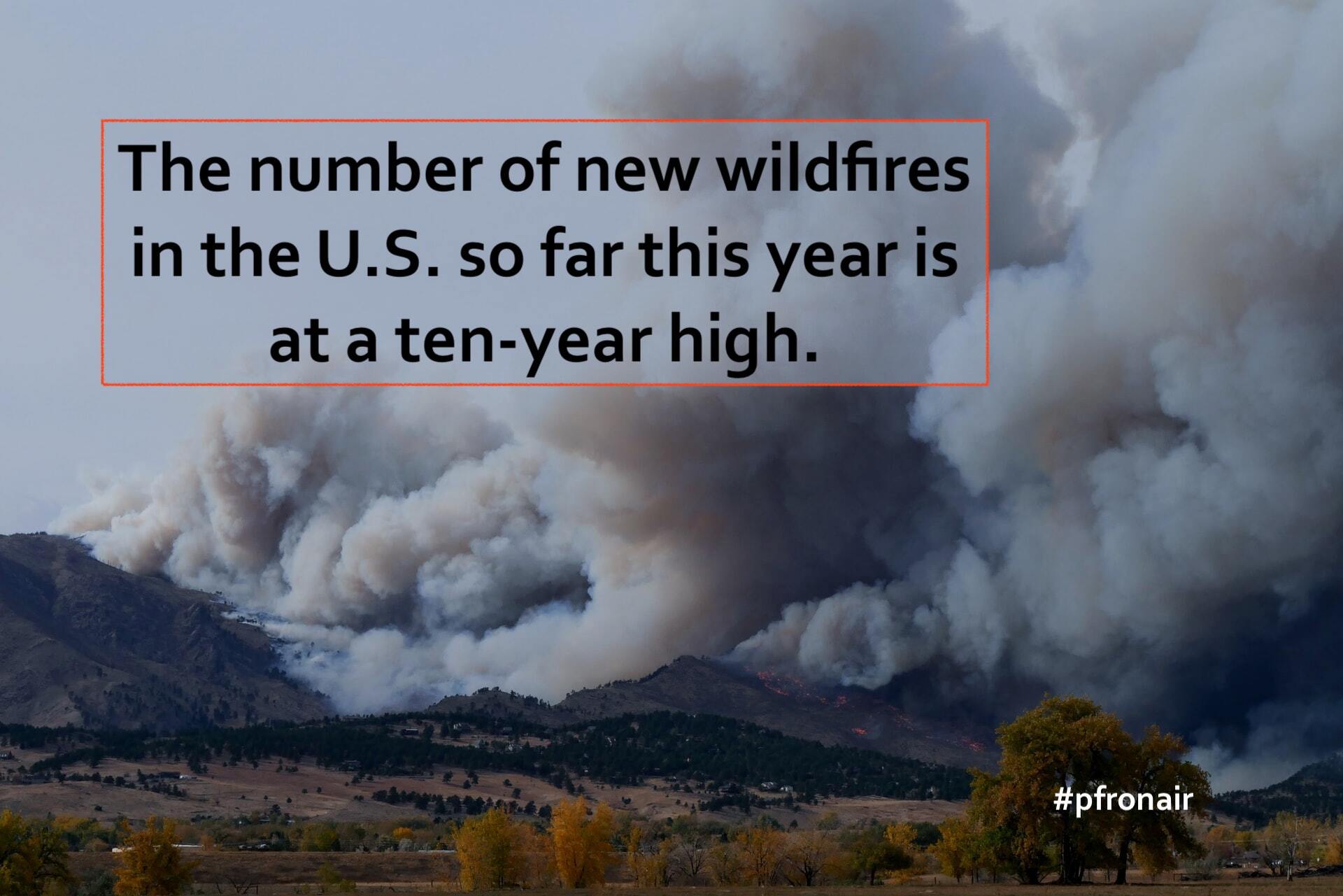 On today's show, Adrian and Ethan talk about the weather...from extreme heat and raging fires in the West to dangerous storms in the South and Midwest.

Climate change has plunged the Western U.S. into its worst drought in two decades. All of this heat and extreme drought conditions contributed to a high fire danger which came to fruition over the weekend when multiple blazes broke out in several Western states including California, Colorado, Arizona and Oregon. Scientists said soil moisture in many spots is at its lowest level in more than 125 years, creating tinderbox conditions.

Last Monday, 7 million people were under red flag warnings across six Western states where the combination of hot temperatures, wing gusts to 40 mph and bone-dry humidity lead to a critical fire threat.

Meanwhile, tropical Storm Claudette was downgraded to a tropical depression after battering the Southeast over the weekend, through moving through Mississippi, Alabama, Georgia, and South Carolina. Heavy rains, high winds and flash flooding contributed to the deaths of 13 people in Alabama Saturday. The storm re-intensified to a tropical storm as it moved through North Carolina and then into the Atlantic Ocean.

The organization evolved from the Environmental Club at Del Oro High School in Northern California; since their official establishing date, they have spread the message to over 1,000,000 students through social media and have implemented their sustainable practices in hundreds of schools.