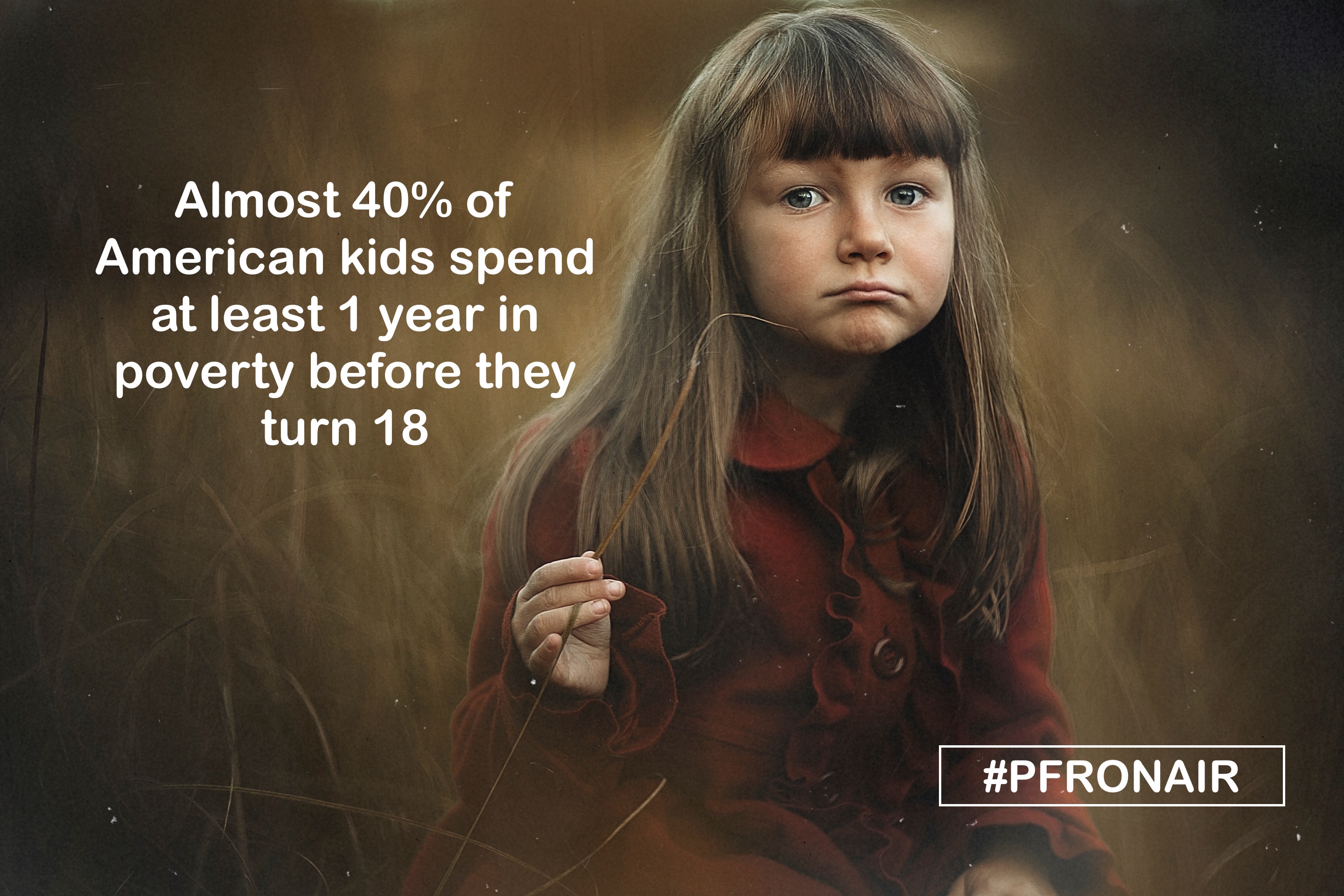 Our guests on today's show include the nonprofit Heart of Los Angeles, actors Sachin Sahel and Richard Harmon and our Peace Fund Heroes of the Week Sebouh and Shawnt Bazikian.

According to the Bureau of Justice Statistics, the United States is dealing with a poor on poor wave of crime.

These poverty and crime statistics prove that when the standard of living is depressed, the individuals living in poverty see the benefits of committing a crime to meet their basic needs is worth the risk of getting caught. And, when severe poverty is considered, there is a direct correlation to a rise in violent crime.

This is because people in the poorest of conditions are desperate. With desperation comes a willingness to survive.

According to the American Psychological Association, children from a family living below the poverty line are at greater risk for behavioral problems, such as impulsiveness, aggression, ADHD, and conduct disorder, and emotional problems, such as anxiety, depression, and low-self esteem. The detrimental effects of poverty on children are often exasperated by the parents’ inability to access proper physical and mental health care.

Statistics show that children are more likely to be living in low-income families than adults. Studies show that lower number of adults live in poverty as compared to children. The younger a child is, the more likely he or she is to be living in poverty. In the earlier years of a teen’s life, the risk of developing a tendency to turn towards crime is the highest. A child, for instance, living in a low-income family between the ages of 6 to 11 is at a greater risk of becoming involved in violent crime and becoming a juvenile delinquent rather than a child who falls between the ages of 12 to 15 years.

No one understands the problem facing these youth better than Heart of Los Angeles (HOLA).  @HeartOfLosAngeles

HOLA provides underserved youth with free, exceptional programs in academics, arts and athletics within a nurturing environment, empowering them to develop their potential, pursue their education and strengthen their communities.

Last month, Adrian visited Heart of Los Angeles to learn the impact this charity is making in the community they serve.  He spoke with Brooke Lykins (Chief Development Officer) and Nara Hernandez (Visual Arts Director).  He also got the chance to visit to Nana, an Arts Program student at HOLA.

While attending Armageddon Expo in New Zealand last month, Adrian met Sachin Sahel and Richard Harmon, stars of the apocalyptic drama 100.  In a post-nuclear Armageddon that decimated the planet, only a few survivors live on an international space station. Now 97 years later, the leaders have exiled a group of 100 juvenile prisoners to return to Earth's surface and test if it’s habitable, leaving the survival of the human race entirely in their hands.

With his Indian background, Sachin Sahel understands the importance of gender equality and girl’s rights to an education.

Sachin Sahel was born in Edmonton, Canada and grew up watching Bollywood movies, which helped spark his love for acting and dancing, but his education was always put first by his Indian immigrant parents. While he studied Psychology at university, Sachin’s dream was to be an actor.

He has appeared on several television shows, including Fringe, Smallville, Supernatural, The Killing, Arrow, Emily Owens M.D., Olympus, The Magicians and Bates Motel.  He recently appeared in episode 4 of The X-Files season 10, and currently stars in the series The 100 as Jackson – a doctor’s assistant aboard the space station, ‘The Ark’.  @Mr_Sacho

Richard Harmon was born in Ontario, Canada and grew up in Vancouver.  Acting was a natural career choice for Richard whose mother is producer and former actor, Cynde Harmon, father is director Allan Harmon (Afghan Knights) and whose older sister is actor Jessica Harmon (Life As We Know It, Black Christmas).

Richard is best known for his role as John Murphy in CW's The 100. Harmon is also known for his roles in The Killing, Bates Motel, Continuum and his latest film, Break My Heart 1000 Times. Richard received critical praise for his role in the movie If I Had Wings.  @RichardSHarmon

Sebouh is currently a student at UCLA. He was 16 years old when he decided to combine his passion for cycling with charity when he found out that orphans at a Kenyan orphanage had to walk 2 hours to go to school. He plans to pursue a career in the medical field. When he is not working, he enjoys competitive cycling and spending time with his brother.

Shawnt is currently in school and is primarily in charge of social media and bike delivery logistics. Sebouh and Shawnt organize fundraisers and presentations together. Shawnt spends his free time running a website design and computer repair service called Spark Computer Solutions.