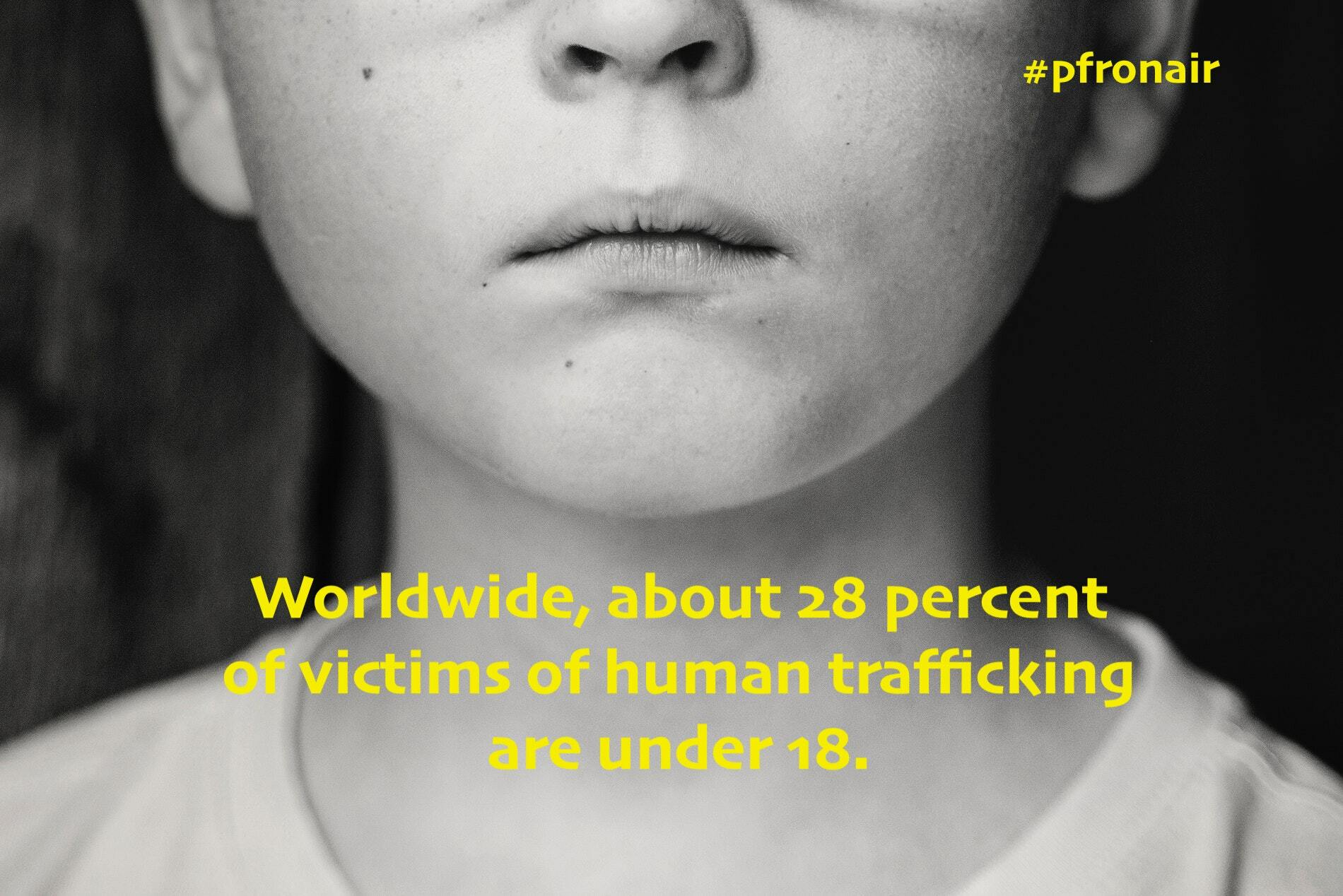 On today's show, Adrian and Ethan continue our discussion on Human Trafficking.

Human trafficking is one of the largest issues facing humanity today. Human trafficking is modern day slavery. Children are especially susceptible to the deception and manipulation of traffickers. Traffickers recruit at locations that commonly attract youth; like schools, malls, parks, even protective shelters and group homes.

• Approximately 130 people are trafficked worldwide every hour. Most of these are children.

• Over one million children are trafficked for the sex trade every year.

• Some children forced into human trafficking are as young as 4 years old.

The US Department of Labor estimates that 71% of the 218 million children engaged in worst forms of child labor work in agriculture, including farming, livestock, forestry, fishing and aquaculture. These children lose out on education while risking injury or even death.

This brings us to an earlier interview that we did with Laurie Holden...

Laurie Holden is an American-Canadian actress and human rights activist. She is known for her work on The Walking Dead, The Boys, Proven Innocent, The Shield, The Americans, Highlander, etc.

Laurie dedicates much of her time and effort to enriching and protecting the lives of women and children victimized by the sex trade through her philanthropic work with Operation Underground Railroad (O.U.R.), a non-profit organization dedicated to eradicating modern day slavery.

Laurie volunteered in the field in Cartagena, Colombia with O.U.R., on a mission that helped liberate dozens of young sex slaves and brought down a notorious sex trafficker. The successful sting operation was featured on ABC's Nightline, MSNBC and Headline News and is the subject of the documentary The Abolitionists.