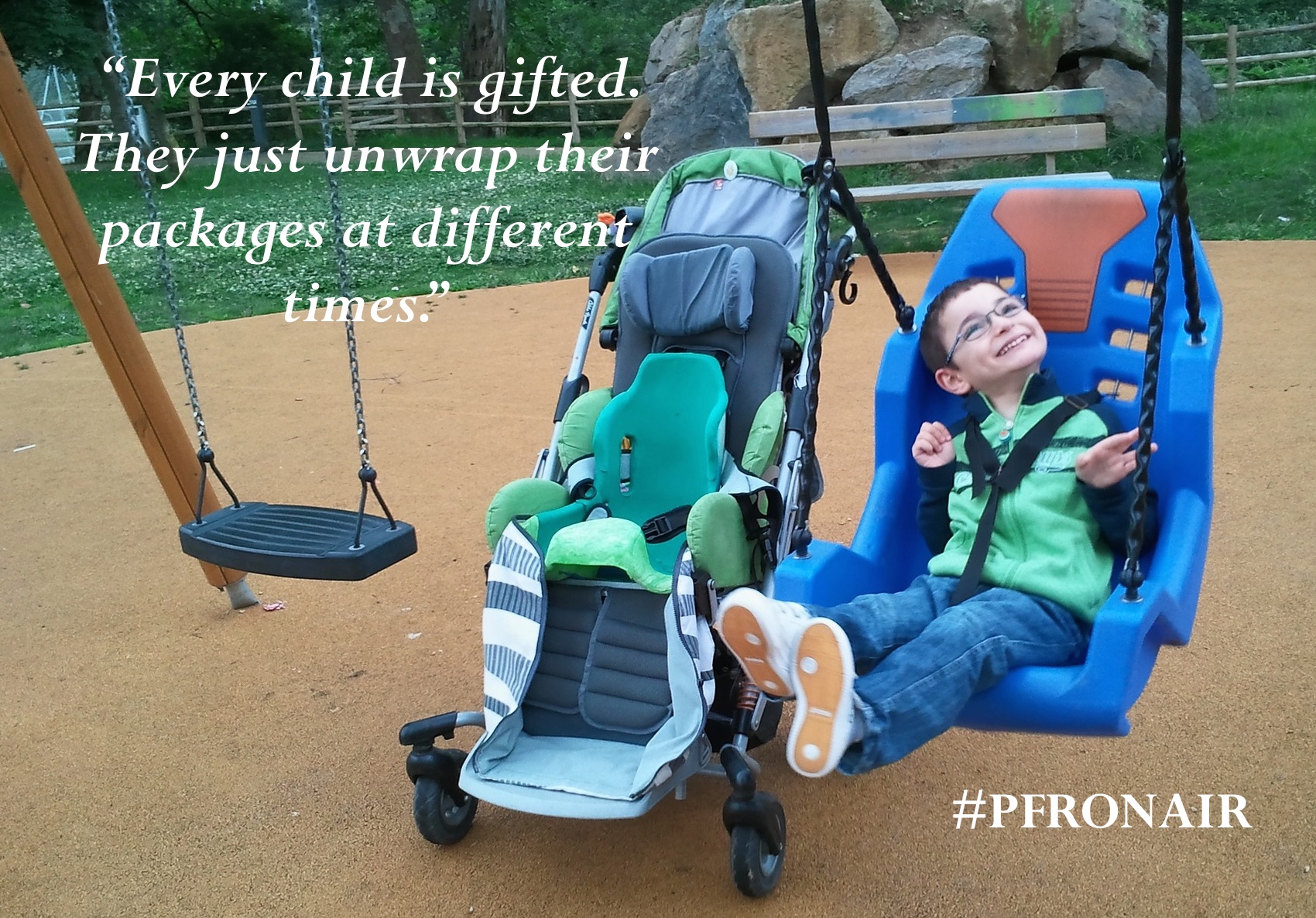 On today's show, Adrian travels to Dallas, Texas and visits Greg Johnson, the Founder of Night of Superstars.  Sonia Falcone, a retired speech therapist with a passion for children joins Adrian and Ethan in the studio.  Teaching children diagnosed with primary & secondary speech development delays has been a love of hers for many years.

Children with disabilities are among the most deprived and marginalized children in the world. They are the least likely to go to school, and are most vulnerable to neglect and abuse. They are targets of discrimination, exclusion and stigmatization. Girls, especially, are frequently malnourished, and are subject to forced sterilization. Worst of all, children with disabilities are too often invisible— ignored by governments and communities.

The Individuals with Disabilities Education Act states that all children with disabilities should be educated with non-disabled children their own age and have access to the general education curriculum. Strong progress has been made to integrate students with disabilities into general-education classrooms. Educator instruction hasn’t kept up.

Many teacher-education programs offer just one class about students with disabilities to their general-education teachers.  It’s not enough to equip teachers for a roomful of children who can range from the gifted to students who read far below grade level due to a learning disability.

While in Dallas recently, Adrian had the opportunity to talk with Greg Johnson, the Founder of Night of Superstars.

Their mission is to honor their Superstars for their unbelievable accomplishments despite their challenges and encourage them to continue down their path of success.

Night of Superstars is an "Oscar-like" red-carpet charity event that draws numbers of local celebrities, high-profile personalities, media, and hundreds of guests. This celebration is to honor the accomplishments of 20 amazing children, students and young adults who are affected by varying types of disabling conditions, yet reach far beyond their adversities and excel in areas such as academics, athletics, extracurricular activities, the arts, and community service. Night of Superstars was founded by Greg Johnson in 2005. The event began as a small event with 12 Superstars and 100 guests at a small dinner theater. The event was intended to be a one time event. However, due to the overwhelming popularity, Night of Superstars has now grown 10 times that size, and launching in other cities throughout the U.S.In each city where they host Night of Superstars, they create an Honorary Platinum Ring, which consists of influential business & community leaders, with extensive business networks spanning across the U.S. and oftentimes around the globe. Within their combined Platinum Rings are experts in every major industry who serve as Mentors to the Superstars.

When Arifa Nasim was 14, reading Jasvinder Sanghera’s book, “Daughters of Shame,” had a profound impact on her. The collection of stories from those who suffered through forced marriages and honor-based violence motivated her to become a voice and an advocate for the victims of such abuse. After years of campaigning, fundraising and raising awareness about the prevention of honor-based abuse, she was selected as an official UK delegate to the Sustainable Development Goals Summit. It was there that Arifa realized educational movements at the grassroots level were the source for change on a larger scale.

She founded Educate2Eradicate, a non-profit organization committed to spreading knowledge to prevent the hundreds of thousands of individuals at risk from experiencing forced marriage, genital mutilation and honor-based abuse. Educate2Eradicate provides information and resources online, leads training for youth and educators, and organizes events to increase understanding on the dangers of honor-abuse and how to prevent and fight against violent practices.

To date, Arifa has educated more than 5,000 individuals and plans to grow Educate2Eradicate into a holistic program, training larger organizations and offering counseling and legal advice to victims.  @educate2eradicate