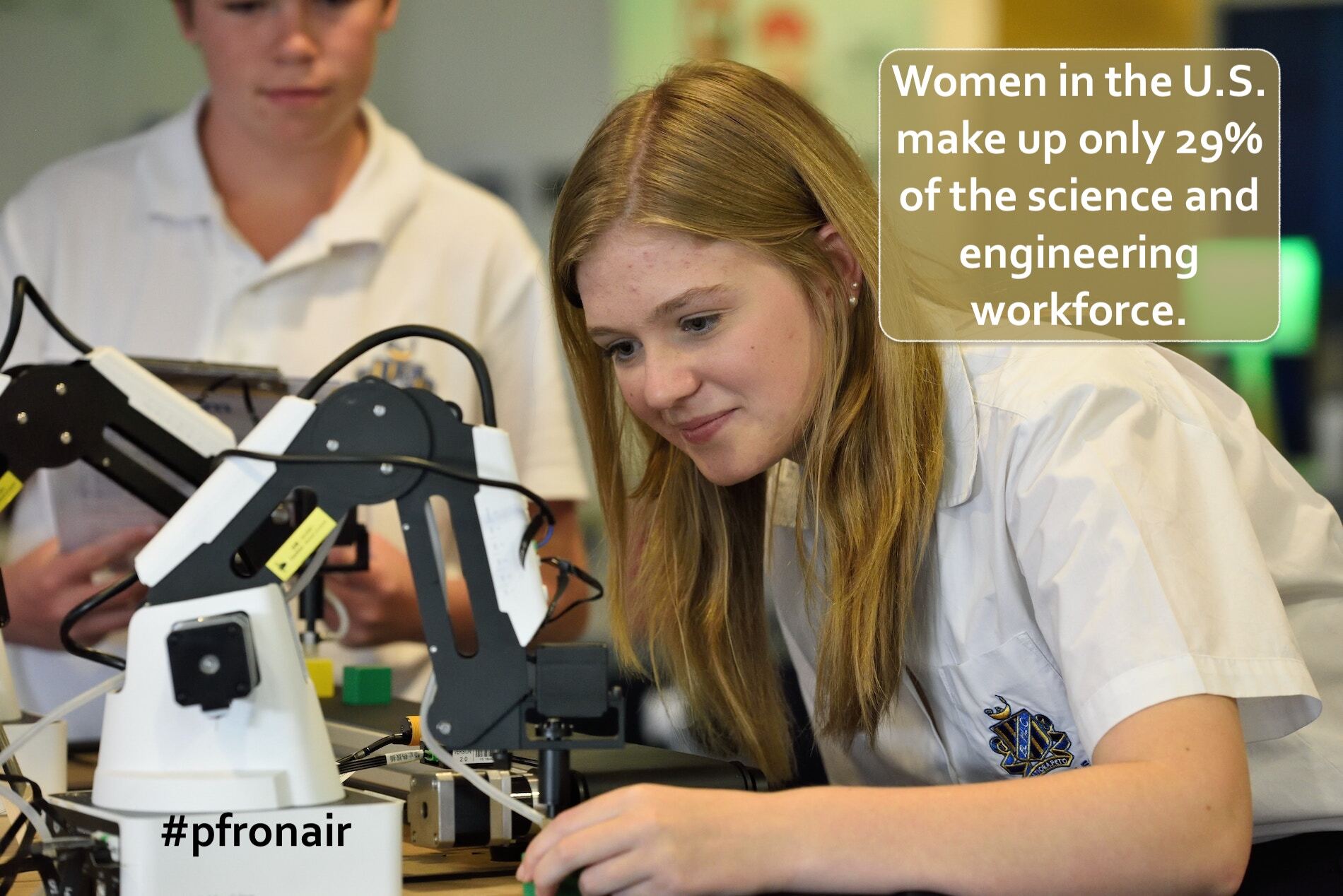 On today's show, we visit with Tamara Hudgins and Riley Samaniego of Girlstart, a nonprofit in Austin, Texas.  Later in the episode, Bruce Gale brings us an interview with one of our earlier Kid Heroes, Kayla Abramowitz.

The U.S. Bureau of Labor Statistics predicts that between now and 2030, technology professionals will experience the highest growth in job numbers.  But only a fraction of girls and women are likely to pursue degrees that would enable them to fulfill these news jobs.

Despite girl’s academic achievement being equal to boys in K-12 education, statistics show that women make up only 29% of the workforce in the areas of science and engineering.

In a recent survey of 13- to 17-year-olds by Junior Achievement, only 11 percent of girls showed interest in STEM careers, less than half the rate of boys.

It is thought that one of the reasons for this comes from an outdated stereotype that “girls are just not as good as boys in math”.  Girls begin to believe it and this can actually affect their grades in the subject.  They talk themselves into believing that they’ll never achieve well in science and math.

Research has shown that in middle school, many girls just lose interest in science and math courses.  Girls tend to be much more interested in careers where they can help others and make the world a better place.

Maybe we need to show girls how scientist and engineers help people to connect them with STEM careers where they are making a difference in the community.  According to the U.S. Department of Commerce, women with STEM degrees are less likely than men with STEM degrees to work in a STEM occupation. Instead, women are more likely to gravitate toward work in education and health care, where the benefit to others is more obvious.

This brings us to today's highlighted charity, Girlstart...

Girlstart After School reaches more than 2,700 4th-5th grade girls with free STEM education programs every week throughout the school year at 87 high-need schools.  This is a free, weekly program in the fall and spring semesters that seeks to enhance and supplement girls’ science learning in the classroom through engaging activities that introduce important STEM concepts in a hands-on and informal environment.

While in Austin, Texas last month, Bev had the opportunity to talk with Tamara Hudgins, Executive Director and Riley Samaniego, Executive Assistant.

She began the organization, at age 11, by collecting entertainment and educational items to donate to children’s hospitals in an effort to help children feel better. The now 17-year-old came up with the idea after extended hospital stays of her own, in addition to her 12-year-old brother Ethan’s numerous hospital trips, due to chronic illness.

They have already delivered more than 22,000 DVDs, video game consoles, video games, DVD players, handheld electronics, books and arts & crafts supplies to nearly 450 children’s hospitals and related facilities in all 50 states, Washington, D.C., and Puerto Rico and have donated items to every Ronald McDonald House in the country.