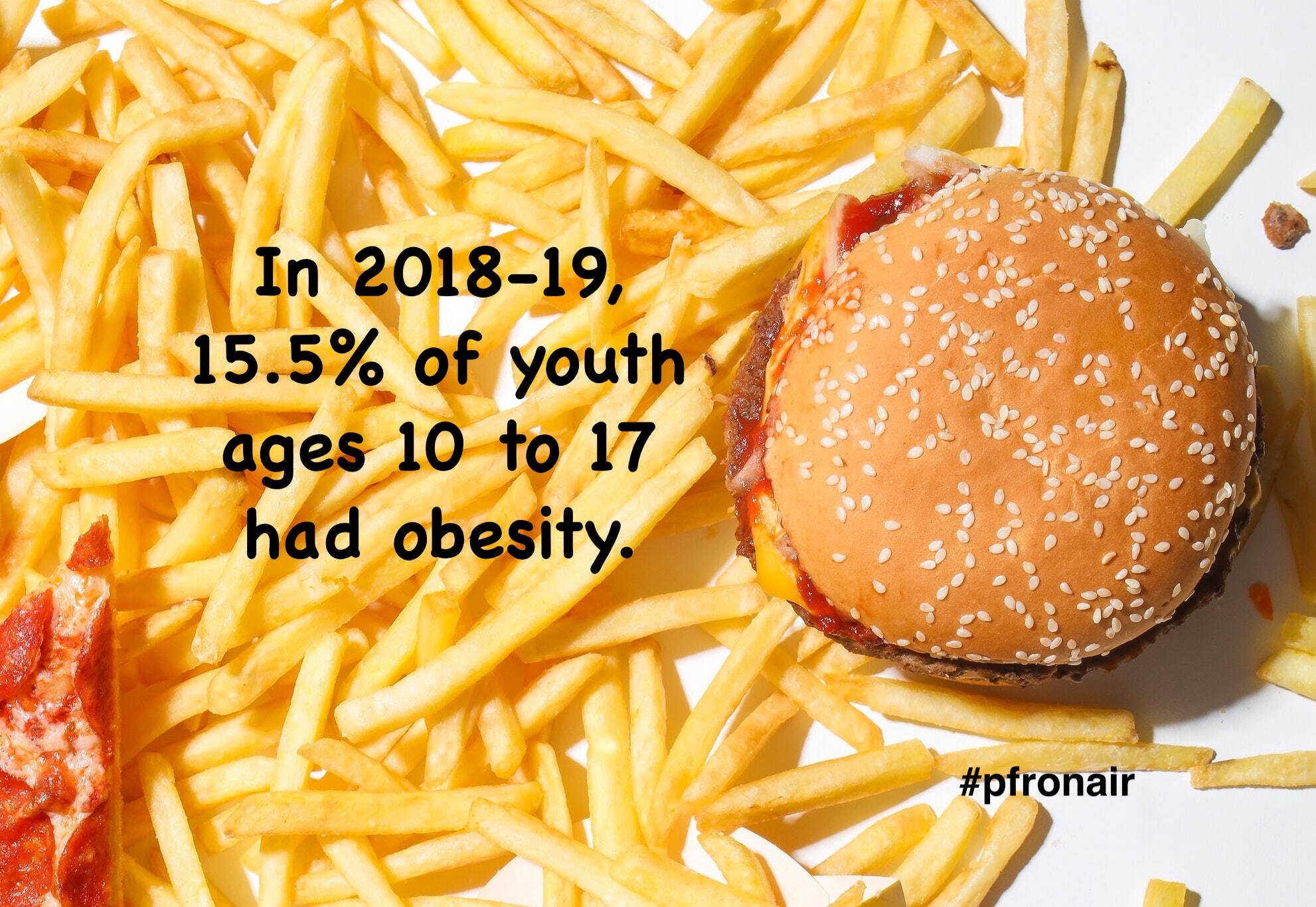 Adrian and Ethan discuss child obesity in the U. S. on today's show.

Childhood and adolescent obesity have reached epidemic levels in the United States, affecting the lives of millions of people. In the past 3 decades, the prevalence of childhood obesity has more than doubled in children and tripled in adolescents.

In the U.S., childhood obesity alone is estimated to cost $14 billion annually in direct health expenses. Nine of the 11 states with the highest obesity rates are in the South. 9 of these states rank among the nation’s poorest.

The pandemic is boosting the risk of childhood obesity. One of the biggest risk factors for childhood obesity is economic insecurity. As the coronavirus pandemic puts more people out of work, the financial pressure is mountings for families who are already struggling. More and more families are becoming food insecure. The economic insecurity combined with a lack of physical activity and access to reliable school meals, are putting more kids at risk.

Being obese also makes contracting the virus much more likely to be serious. Emerging research links obesity with increased risk of severe illness from COVID-19. While hospitalizations for children with COVID are relatively rare, among those who are hospitalized nearly 40% are obese.

Last year, Lorenzo Liberti started making heroic flags as a way to support our forgotten heroes…our homeless veterans. In eighth grade, he met one of these struggling vets while helping my church group serve at a nearby soup kitchen. Using his artistic talents, he carved beautiful, 3-foot long American flags by hand to benefit a local charity that served homeless veterans.

When the COVID-19 crisis struck the country, he realized that there was a different type of hero in their midst: frontline healthcare workers just like his mother. Lorenzo decided to make a 7-foot long flag for the hospital where she works as a way to honor and thank the courageous staff. Today, his historic flags hang in hospitals around the country as an emblem of hope and thanks to people working there — and he’s raising money for veterans in the process.

Lorenzo made it his goal to send his handcrafted flags to hospitals in all 50 states. He knew that his project would cost him, so he launched a GoFundMe to support his goal.

A young teen in Texas became the secret Santa for 61 homeless children, showering them with Christmas presents this year.

Jaxson Turner raised $5,900 through GoFundMe and social media to supply all the kids at The Samaritan Inn with new sneakers, coats, socks, toys and a hot meal for the holidays.

This was the 13-year-old’s third year holding the Christmas event for the shelter in McKinney, Texas, under his nonprofit called Never Too Young to Care(N2Y2C).

Jaxson sponsors four big projects throughout the year, and events like the lemonade stand are how Jaxson raises money for each of these projects. Last year, Jaxson’s lemonade stand raised approximately $4,000 for his back to school project. That worked out to four carloads of school supplies and free haircuts/styles for 107 underprivileged Collin County students.