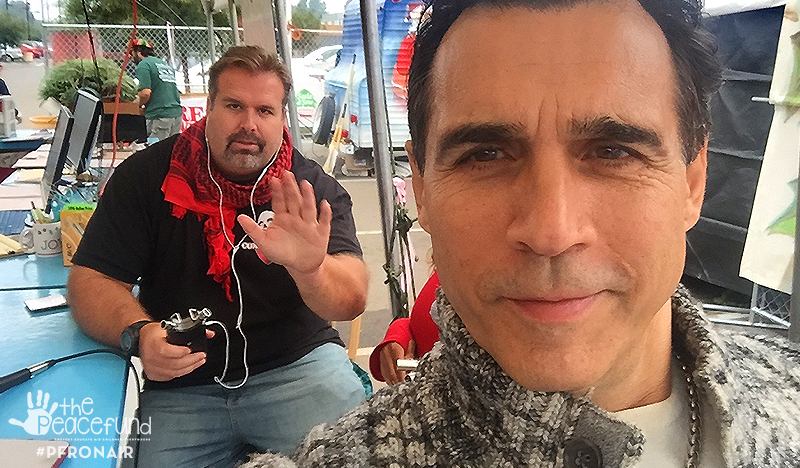 An estimated 16.2 million children live in households that lack the means to get enough nutritious food on a regular basis.   As a result, about 1 in 5 children go hungry at some point during the year.  In the U.S., hunger is caused by the prevalence of poverty, not food scarcity. Stable food access is often blocked for low-income families that struggle to balance the need for food with other basic necessities.

More than 22 million children receive free or reduced-price meals through the National School Lunch Program and the National School Breakfast Program. For many of these children, school meals may be the only meals they eat. What happens when they go home over the weekend?  School lunches — and the uptick of school breakfast programs — help curb some of the barriers in access. But lacking stable food access at home can have devastating impacts on a child's ability to get the most out of their education.

Last month, we visited KidsPACK, a 501(c)3 nonprofit in Lakeland, Florida.  Breakfast and lunch at school may be the only source of meals for many children. The weekend means “NO FOOD”.  A hungry student is less likely to learn and more likely to lose hope.  KidsPACK is striving to bridge the gap.  Working with local community volunteers, they are able to pack food for children to take into their homes and serve as sustenance when the children are not at school.

Studies show that nourished children experience, less anxiety, reduced absenteeism, improved attention span, higher academic performance, and increased self esteem.  Whether a child is living out of a car, with a relative, or in a hotel – kidsPACK serves to help make sure that no child goes hungry.

There is no denying the fact that our children today are faced with more diversity then we parents were at their age. America is the “melting pot” of the world and that is a good characteristic. Nearly every region of the world has influenced American culture, as it is a country of immigrants, most notably the English who colonized the country beginning in the early 1600's. U.S. culture has also been shaped by the cultures of Native Americans, Latin Americans, Africans and Asians.

It is here in America you can experience the different cultures of the world without leaving this country and for many with out leaving their state or city. The most ethnically diverse country in the world by population is the United States.  Earlier on than most people realize, children become aware of and intrigued by the difference in the way people look and behave.

Josefa Salinas, an author, broadcast journalist, community activist and organizer visited the Challenger Boys & Girls Club in Los Angeles last month as part of The Peace Fund's Interactive Storytelling Program.  She engaged an audience of young children with the story of Peter Pan, sharing the love the reading.

Josefa Salinas’ comforting and yet commanding voice has delighted listeners throughout California for 30 years. Josefa has become a role model for women and a powerful symbol for Latinos. Mayor Erick Garcetti appointed Josefa as a Los Angeles Commissioner overseeing the Public Libraries.

Josefa joins us today and talks a little about a series of books she is writing as she visits different cities in the U.S.

Last week we looked at the difference charitable organizations make in tackling some of our most complex issues.  I think we can all agree that the nonprofit sector has a tremendous impact in all of our lives.  We can’t forget that special cadre of individuals who believe in an organization’s mission and who will work without financial compensation to enable it to reach its greatest potential – the volunteer.

Community service is not political and it is not mandated by the state. It is something that comes from deep within our core values. Helping others can be as simple as washing dishes at your local shelter or delivering a meal to an elderly shut in. Can you imagine the impact on our country if just another 10 percent of our friends and neighbors decided to volunteer for a worthy cause?

Benjamin Franklin, one of the most famous early Americans, is also known as the Founding Father of American volunteerism. He gathered volunteers to sweep the streets of Philadelphia, organized the nation’s first volunteer fire department, established a voluntary militia and organized a philosophical society. His philosophy was “one served not to save their soul, but to build a strong society.”

In our modern day society, volunteering still forms the core of the American character. It is who we are and how we pass caring and freedom to the next generation. And it looks like our younger generations are getting the message because they are now volunteering at the same rate as those who are retired. If our kids can convince their friends and neighbors through social media that to help others is in a sense helping ourselves, we can continue to be the most charitable nation, just like our forefathers.

Which brings us to today’s hero – Trevis Belle from St. Kitts.  From a very young age, Trevis has always been involved in his community and joining different youth organizations.  He also held a special place for volunteering as he would go above and beyond to help with bake sales, clothing drives and different projects that would require volunteers.

In January 2014, Trevis founded MADE St. Kitts (Making A Difference Everywhere). A non-profit youth organization geared towards raising the importance of volunteerism among young people through educational, training, development and mentoring programs and opportunities. Since the start of MADE, Trevis has been lauded of his work to getting young persons off the streets and to occupy themselves with something worthwhile.

Trevis Belle was honored by Her Majesty The Queen Elizabeth II, by receiving the Queen’s Young Leader Award at the Buckingham Palace on June 23, 2016.