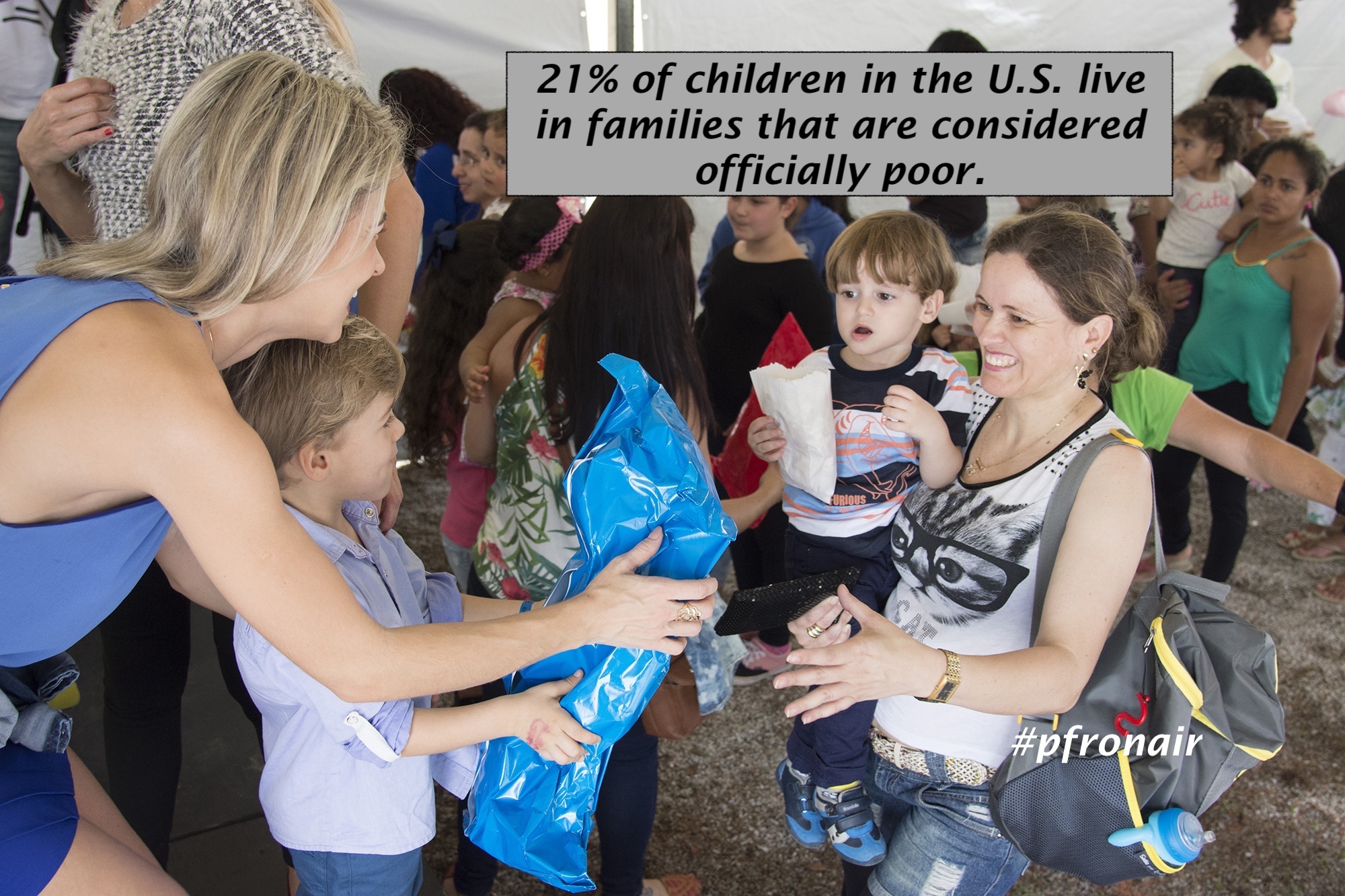 21% of children in the U.S. live in families that are considered officially poor.

The achievement gap for low-income young children starts early in life and is difficult to reverse.  In low-income communities children enter school an average of 12 to 14 months behind their peers from higher-income brackets.  Poverty saddles children with a seemingly insurmountable disadvantage at perhaps the most critical time in their lives.  What science tells us about brain development, along with what we know from economic analysis, makes it clear that investing in high-quality early care and learning is essential to reducing this gap.

While in Fort Lauderdale earlier this month, we had the opportunity to talk with Heather Siskind, the CEO of Jack & Jill Children’s House, a nonprofit that is working to break the cycle of poverty for children of high need working families through quality early childhood education and family strengthening programs.

Did you know that 90% of a child's brain is developed by the age of five?  At Jack & Jill, our focus is on children from six weeks to seven years old. This focus allows them to make the most of this critical window of opportunity by providing a strong educational and emotional foundation that results in their children succeeding not only in school, but in life.

Over the years, Jack & Jill has provided more than 14,000 children one million hours of child care.

Born in Honolulu, Hawaii, Kelly Hu is a former Miss Teen USA, who modeled in Japan and Italy for several months before deciding to relocate to Los Angeles and try her hand at show business. She got her break on TV's Growing Pains in 1987 and never looked back.  She is known for her work on Scorpion King, X-Men 2, Cradle 2 the Grave, Arrow, Warehouse 13, The Vampire Diaries, Phineas and Ferb, Teenage Mutant Ninja Turtles, and more.

Last year Kelly, Best Buddies Global Ambassador, hosted the Best Buddies Friendship Walk, which is the number one walk in the country, raising awareness and funds to support individuals with intellectual and developmental disabilities (IDD). The walk plays a key role in funding Best Buddies programs dedicated to one-to-one friendships, leadership development, and integrated job opportunities for individuals with IDD.  In October, she played host at the 5th Annual Best Buddies Hawaii “Friendship Jam”, featuring some of Hawaii’s finest entertainers.

Kelly also had one of the ten spots in the “Race for Autism – Celebrity Race” in June, featuring a line-up of Hollywood stars racing one another in full size, NASCAR style – 450 horsepower Stock Cars.

Kelly has also been active to protect the Hawaiian ecology. She supported Reef Check Hawaii  by running in and successfully completing the Honolulu Marathon to raise awareness for the organization. She also gave support to the Shark Fin Ban which took effect in Hawaii July 2010. This made it illegal to possess, sell, or distribute shark fins in Hawaii.

Kelly earned a black belt in Kanzen Budo Kai, a form of Karate based on Shotokhan. She is an avid poker fan and has frequently taken part in competitions such as the World Series of Poker and World Poker Tour.

61% of low-income families have no age-appropriate books in their homes.

Children from middle-income homes have on average 13 books per child. There is only one book for every 300 children in low-income neighborhoods. (Children’s Literacy Foundation)

Adopt a Book is a 501(c)3 non-profit organization started by 13 year-old twins, Hannah and Alexander Laman. These two book-loving twins were inspired to start Adopt a Book in November 2011, when they were just 8 years old after they saw a news story about a nearby school  in the Greater Cincinnati area closing due to a lack of literacy funding.  Since then, the two have collected and donated nearly 110,000 books for more than 100 organizations serving children in need across Ohio and Northern Kentucky.  Many of the kids that receive their books have never been to a library, don’t have access to a library or have ever owned a book of their own.

Hannah and Alex were named 2016 honoree by the Gloria Barron Prize for Young Heroes. The Barron Prize celebrates 25 public-spirited young people - 15 winners and 10 honorees - for inspiration by making a significant positive difference for others and our planet. The Laman twins were among a diverse group of outstanding young leaders chosen from nearly 400 applicants across North America.

“I’ve learned that we each need to make a difference,” Alex said, “and if we put our minds to something, we can do it.”

Our Peace Fund Correspondent John Bierly had the opportunity to talk with the twins.