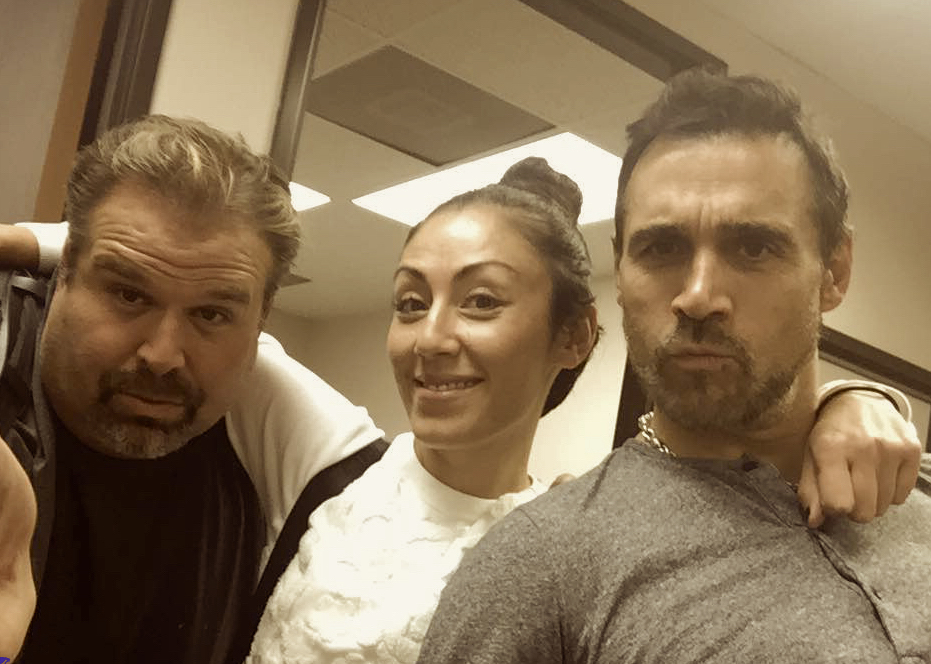 To spank or not to spank? This age-old parenting question elicits fierce debate among parents, psychologists and pediatricians. Surveys suggest that nearly half of U.S. parents have spanked their children as a disciplinary tactic, but many experts argue that this form of punishment—hitting a child on the bottom with an open hand—increases the risk that kids will develop emotional and behavioral problems. Other scientists counter that research on the issue is fraught with problems, making it impossible to draw black-and-white conclusions.

On today’s show Adrian Paul, Ethan Dettenmaier and Alexandra Tonelli tackle the subject amidst news that a bill has been officially passed in parliament that will make it illegal to spank children.

The topic of corporal violence and specifically spanking has been the subject of much research. A study published in the Journal of Family Psychology in 2016 analyzed 50 years of research involving over 160,000 children and found that kids who were spanked were more likely to exhibit antisocial behavior, aggression, cognitive difficulties and mental health issues. They were also more likely to defy their parents.

Pooja Nagpal joins us in the next segment of our show.  Pooja is currently a 16-year-old Junior attending Mira Costa High School. As a trained black belt in martial arts, a disciplined trainee of Tae Kwon Do for 7 years, she has always wanted to use her self-defense skills for the better of women worldwide.  After reading about the great amount of sexual assaults and domestic abuse targeted towards women all over the world, she knew she had to help so she founded For a Change, Defend.

For a Change, Defend emphasizes advocating and teaching in low income areas where domestic abuse and sexual assaults are prevalent and have been widely reported in.

Due to the tremendous amount of sexual violence cases regarding the exploitation of young girls and teenagers, For a Change, Defend prioritizes this issue greatly. The U.S. Department of Health and Human Services’ Children’s Bureau found that 9.2% of victimized children were sexually assaulted and 1 of 5 girls in America are victims of attempt or actual assault.  Prolonged abuse or even one-time attempted assaults can cause teens or young children to develop very low self-esteem. This causes a chronic fear in workplace, home, school, university etc.

John Bierly, our intrepid Peace Fund Correspondent, joins us with some exciting updates on some of our past Peace Fund Heroes of the Week who continue to do amazing things to make a difference in their communities and beyond.

Vance Tomasi and Chase Hartman are two boys who want to share their love of books.  After volunteering for a program called “Boogie for Books” through the National Elementary Honor Society chapter at their elementary school, the pair was shocked to come to the realization that not all kids have equal access to books at their schools. They started an organization called read.repeat in August of last year and have since collected thousands of gently used books each month and distributed them to schools, hospitals, libraries and organizations.   They are saving them from landfills and giving someone else a second chance to enjoy them for the first time!

They've collected over 23,000 books and we've distributed over 22,000 to schools, libraries, hospitals and other great organizations.

Rachel Ritchie is on a mission to build a playground that will accommodate everyone, including children who have physical limitations that often prohibit their use of traditional playground equipment.  Her goal is to raise $100,000 and she’s on a mission to do exactly that. You name it she’s trying to do it. She’s getting support from local city officials, coordinating lemonade stands, yard sales, jewelry making, selling t-shirts and more.

Her project, Rachel’s Fun for Everyone, has connected hundreds of people who share Rachel’s desire to better our community.

She may be a young girl, but when it comes to sisterly devotion and giving back, Hailey Scheinman is wise beyond her years! 12-year-old Hailey has a twin sister named Olivia (Livy), and the two are practically inseparable. This is true despite the fact that physically, the girls are very different…Hailey is healthy, but Livy suffers from epilepsy and cerebral palsy.

To help with the cost of Livy’s physical therapy and to help other families with large medical costs, Hailey created and sold artwork and jewelry through her charity, Livy’s Hope.  Hailey heard her parents talking about how to raise money for Livy’s expensive medical treatments. She immediately started making bracelets and painting pictures and selling them on eBay.

More recently, Hailey and her family decided to start giving back to other families in need. Now, they give 100% of the profits from everything sold at Livy’s Hope to other families who are going through what the Scheinman’s have experienced.

Katherine and Isabelle Adams are on a spirited mission to use folded paper to bring clean water to the masses.  At just 10 and 12 years old, the girls are co-presidents of their own nonprofit, Paper for Water, which is on a mission is to bring water and the Word to the Thirsty one piece of paper at a time.  The mission was born out of the desire that two little girls had to help other girls in 3rd world countries who do not get to go to school because they spend their days hauling water. Isabelle and Katherine also learned that a child dies every 20 seconds from unclean water and they wanted to make a change.

The eleven-year-old Lorelei has endured so much in her short life after being born missing half of her heart. One of her greatest treasures is the heart pillow she was given before her second open heart at three months of age. These little pillows are such an important part of the recovery process for heart children because the sternum must be broken for every open-heart surgery. The recovery from an operation on the heart is already painful enough, but the added pain of the sternum recovering and tubes sticking out of the chest/abdomen region is excruciating.

So Lorelei created Heart Hugs, a global organization that sends compression heart pillows to pediatric open-heart patients, helps to pay for orphans' heart surgeries, and advocates for awareness and medical advancements in the congenital heart defect world.  The charity has brought both hope and healing to child heart surgery patients as far away as South Africa, China, Ireland and Vietnam.