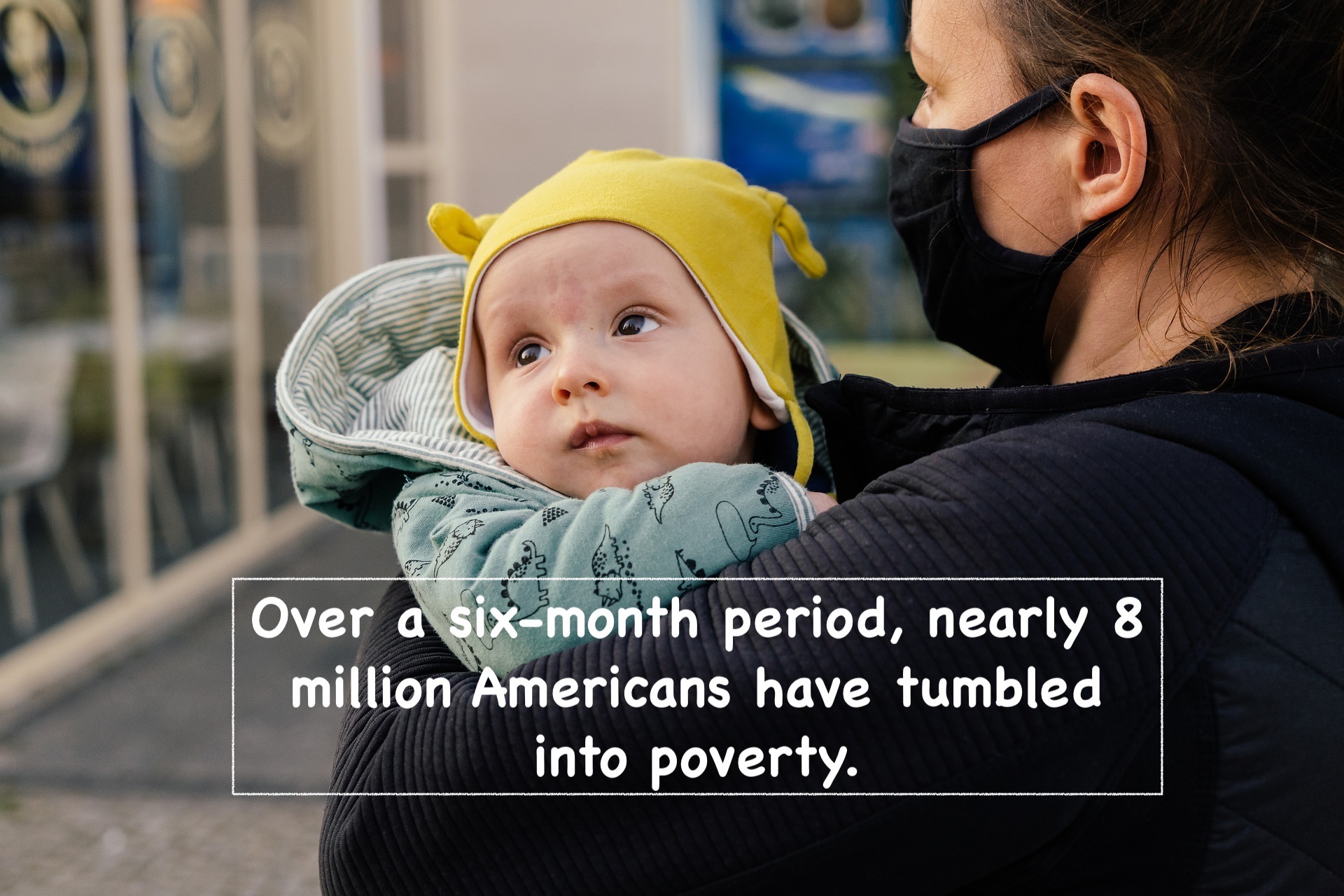 On today's show, Adrian and Ethan talk about the jump in poverty during the pandemic. Later we bring you the first part of an interview with Dr. Dwight "Ike" Reighard, President & CEO of MUST Ministries, a nonprofit in the Atlanta area serving those in need.

The children growing up poor were already dealing with difficult family circumstances when the coronavirus began spreading across the United States. By then, millions of families were already battling poverty and struggling to make ends meet. The virus, which has worsened economic and racial inequities, has added to the burden.

Over a six-month period, nearly 8 million Americans have tumbled into poverty.

The nation's poverty rate in November jumped to 11.7%, up 2.4 percentage points from 9.6% in June — the biggest one-year increase in the 60 years that the government has been keeping numbers, according to new research from three universities.

MUST Ministries, a nonprofit in the Atlanta area, was established in 1971, to address the basic needs of individuals, families and children. Their vision is restoring lives one person and one community at a time. The all-inclusive programs cover food, housing, clothing, and workforce development. MUST and MUST Neighborhood Pantries give away an astounding ton of food a day to those in need. Since the pandemic, these numbers have grown to an astonishing 2 million pounds of food distributed since March.

Bev had the opportunity to talk with Dr. Dwight 'Ike' Reighard, the President & CEO of MUST. Today we'll listen to Part 1 of the interview.

10-year-old Daisy Wattlives in the English countryside, surrounded by fields, flowers, family and friends. She started painting four years ago when two of her grandparents were diagnosed with cancer and she painted a picture to cheer them up.

Her painting featured forget-me-nots for those who had died and bright flowers for those who survived. The large painting varied in color tone, going from dark to light, to represent the battle with cancer.

Bidders from all over the world fought to buy the work. It sold for £9,500 (over $13,000) and was so popular 100 special edition prints were commissioned and snapped up by buyers from the likes of Canada and Hong Kong.

Since then, she has auctioned off 25 works for charity, sold one-off originals, and even developed prints—which sell for £100 ($130) apiece. Her total earnings thus far amount to a whopping £50,000 (about $66,000)—and every single cent has been donated to charity.

You can see Daisy's artwork on her website at www.daisywattart.com.