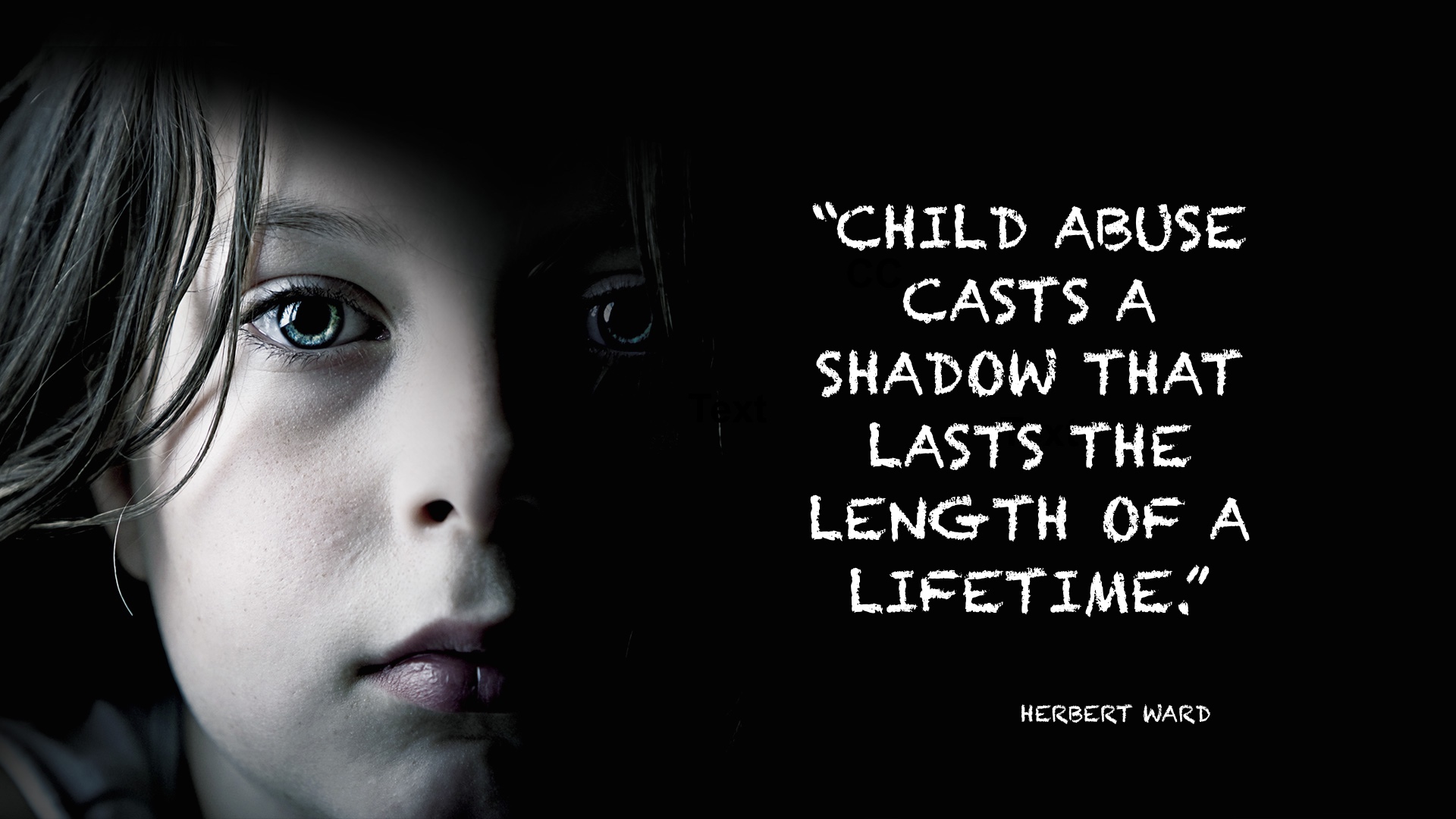 A report of child abuse is made every ten seconds.  Every year more than 3.6 million referrals are made to child protection agencies involving more than 6.6 million children.

Children are suffering from a hidden epidemic of child abuse and neglect. Children are the some of the most vulnerable members of our society, mainly because of their dependence on others to get their needs met. And sadly, in the majority of cases, the adults that children depend on are the ones responsible for abusing them.

In 2014, state agencies identified an estimated 1,580 children who died as a result of abuse and neglect — between four and five children a day. That's roughly ¼ of your child's elementary school class.  However, there are studies that indicate significant undercounting of child maltreatment fatalities by state agencies — by 50% or more.More than 70% of the children who died as a result of child abuse or neglect were two years of age or younger. More than 80% were not yet old enough for kindergarten.

Every child has a right to a safe childhood and a life free from violence. The experience of child abuse and neglect infringe upon that right.  The consequences of abuse and neglect can be profound and can last long into the life cycle.

Penny Lane Centers, a 501(c)(3) nonprofit organization, was founded in 1969 by Ivelise Markovits.

What began as a group home for a handful of adolescent girls has grown into a multi-service organization that serves 3500 children, youth and families and employs over 500 full time social service providers and support staff. Penny Lane’s main campus is located in North Hills, where they provide residential care, Transitional/Affordable Housing for former foster youth, Foster Care and Adoption Services, Family Preservation and Wraparound Services as well as a mental health clinic. Penny Lane has additional offices in Burbank, Commerce, Lancaster, and Palmdale.

Adrian had the opportunity to visit the Center and talk with Wendy Carpenter, the Associate Executive Director.

A lot of you may remember one of our previous Peace Fund Radio Hero of Week, Mackenzie Bearup.  A disease that Mackenzie compares to a bomb going off in her knee prompted the 16-year-old, from Alpharetta, Georgia, to seek escape in the comfort of reading. Now she's helping thousands of troubled children soothe their own pain -- within the pages of donated books.

"When I read, it's a real escape," Bearup says. "I try to take myself into the book instead of in the real world where I'm in so much pain."

Her personal discovery that books could be used to ease discomfort was an idea that MacKenzie ultimately chose to share with homeless and abused children throughout the country. Mackenzie began volunteering at a home for abused children and collecting books for them. She started an organization called Sheltering Books to collect books for children in homeless shelters across the USA.

Today the charity is run by both Mackenzie and her brothers, Alex and Benjamin. Alex focuses on children in the Atlanta area and Benjamin focuses on providing books to our military across the world.

Mackenzie was only 13 years old when she began collection children's books for shelters and her book drive quickly took off.  It soon became a family project with her 2 brothers working along side her.  Today they have collected and donated over 360,000 books to shelters across the world.

We had Mackenzie on our show early last year to talk about her work with Sheltering Books.  She joins us again today to share with John Bierly the latest projects she's been working on.